Skip to main content
Get notified of page updates
Sign Up for FORCE Newsletters
DNA Damage Repair
Read about cancer treatment options listed by gene mutation, type of cancer and type of treatment.
I am here to learn about:
Close

Certain genes are important for repairing damage. These genes are sometimes referred to as " damage repair" (DDR) genes. Our animated video below explains how mutations can lead to cancer.

Genetic tests can identify people with an inherited mutation in a DDR gene. tests can find tumor cells that have difficulty repairing these types of damage.

"Mismatch repair" (MMR) genes repair damage that occurs during cell division. Tumors with mutations in mismatch repair genes are called "mismatch repair deficient" (also called or ). These tumors have a cellular abnormality known as  or . Mutations in the following genes may be associated with  tumors:

Testing tumors for dMMR/MMR-D or can be important, because these tumors are more likely to respond to a type of  known as immune checkpoint inhibitors.

tests for tumor mutations and genetic tests for inherited mutations

Some tumor tests look for gene mutations in cancer cells. These tests differ from genetic tests for inherited cancer risk.

As cells become cancerous, they develop many gene mutations that cause abnormal growth. These gene changes, which occur after you are born and throughout your life—are known as acquired or "somatic" mutations. Acquired mutations are different than inherited mutations, which are passed on from parent to child and are present at birth in every cell.

Tumor tests can look for mutations in cancer cells. Genetic tests for inherited mutations look at normal cells in blood or saliva to find gene changes that are present from birth, passed from parents to children and are linked to increased risk for . 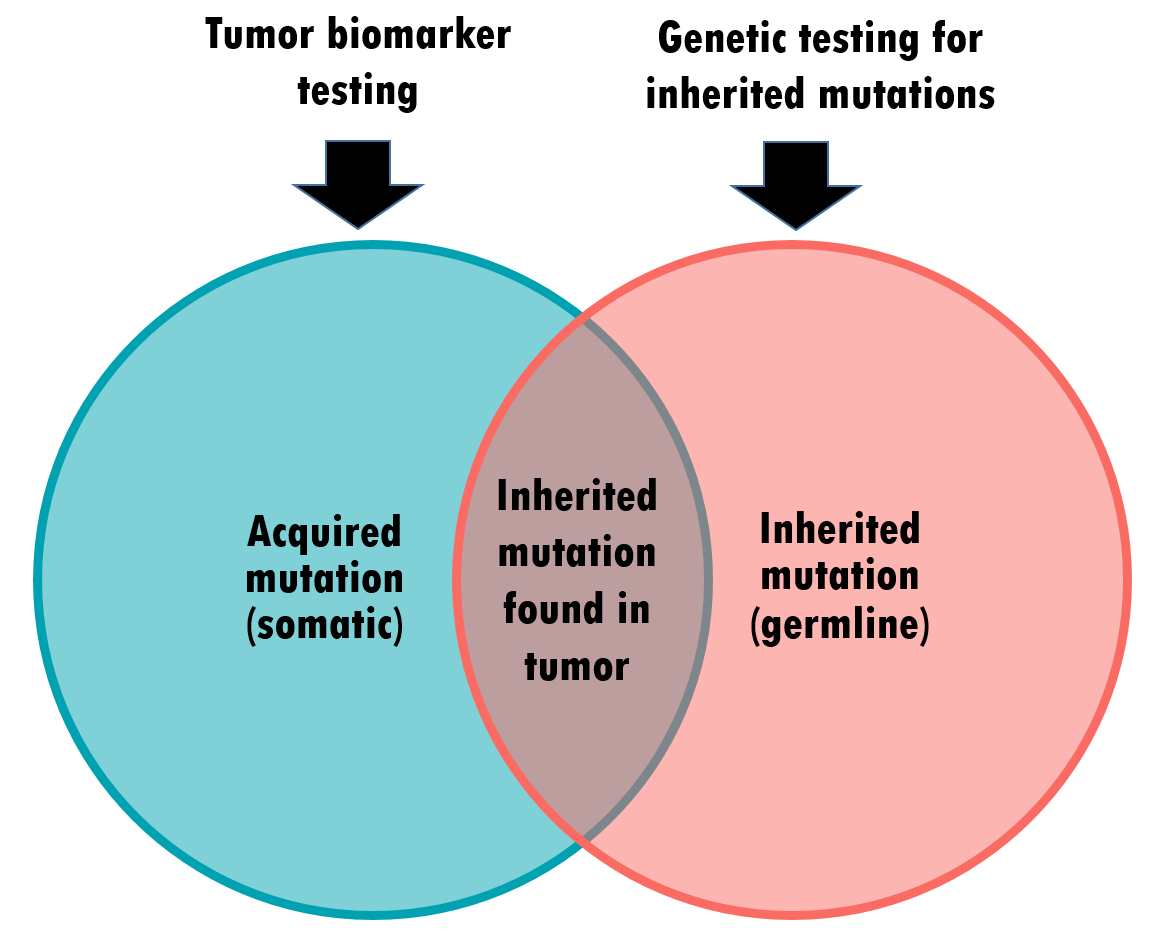 Watch our video on how mutations can cause cancer.