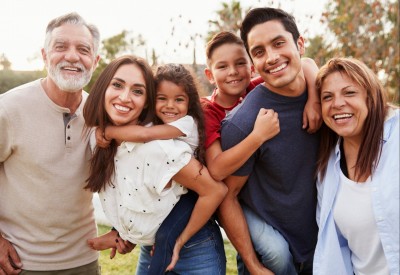 increasing understanding of which hereditary cancer genes are linked to pancreatic cancer in people with a family history of the disease.

Most patients diagnosed with pancreatic cancer have advanced disease that can be difficult to treat. Five-year survival rates are very low.

This study was conducted to identify inherited gene mutations among patients with hereditary pancreatic cancer. Knowing which genes are involved is essential for refining screening tests for people at the highest risk. Knowing who is at highest risk due to a known inherited mutation could help improve screening, resulting in earlier detection and better outcomes for patients.

A total of 43 participants living in Spain—all from different families—were required to provide information about cases of pancreatic and other hereditary cancers within their families. Family history of cancer was traced back at least three generations. Patients were categorized into the following family groups:

*2 people had a mutation in POLQ.

**2 different TET2 mutations were found in the same person.

The NCCN currently recommends that genetic testing panels for pancreatic cancer patients include these genes: ATM, BRCA1, BRCA2, CDKN2A, Lynch syndrome genes (MLH1, MSH2, MSH6, PMS2and EPAM), PALB2, STK11 and TP53. While most hereditary cancer gene panels test for mutations in PTEN, CHEK2 and FANCM, they may not include TET2 or POLQ. If the results of this study are confirmed, these genes may be added to a comprehensive genetic testing panel for hereditary pancreatic cancer.

The National Comprehensive Cancer Network consists of experts in cancer and genetics. The group publishes guidelines for genetic testing for inherited mutations that increase cancer risk, as well as tumor testing.

The NCCN recommends the following:

Pancreatic ductal adenocarcinoma (PDAC) accounts for 95 percent of all pancreatic cancer diagnoses. Only ten percent of people with PDAC are expected to live more than five years after diagnosis. This is, in part, because most pancreatic cancers are diagnosed at advanced stages when they are difficult to treat.

If confirmed by future studies, conclusions from the current study could lead to genetic testing that detects more gene mutations that put people at risk for inherited pancreatic cancer. This would benefit pancreatic cancer patients and their families, and people without pancreatic cancer who have a family history of the disease.

Which hereditary cancer genes are mutated among patients with a family history of pancreatic cancer.

This study included 43 patients from different families with a family history of pancreatic cancer. They were recruited from Pan-Gen-FAM, a Spanish national registry that was developed to study hereditary pancreatic cancer.

Participants were required to provide information about pancreatic and other hereditary cancers within at least three generations of their families. Patients were then categorized into the following family groups:

The study was carried out in 10 hospitals throughout Spain. Researchers searched through previously published medical literature to identify genes associated with hereditary cancer—35 genes were identified. Blood samples were collected from participants and tested for mutations in each of the 35 genes.

Mutated genes were described as:

This study was relevant because:

Although small, the study was well-designed

Genetic testing is already available that can detect gene mutations of that were highlighted in the current study.