This study shows that a test score that estimates the aggressiveness of a person’s prostate cancer may also identify the best treatment for patients. (posted 7/9/21) 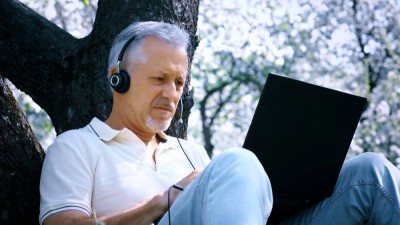 This article is most relevant for Men with advanced prostate cancer

This study looked at how well a test score called the combined clinical cell-cycle risk (CCR) score can identify men who may benefit from a single therapy for cancer and men who should consider combined-therapy treatments.

Experts recommend that men with aggressive forms of cancer be treated with combined-therapy (e.g., combined radiation and [ADT] or surgery with follow-up radiation or ADT) rather than single-therapy treatments (e.g., radiation or surgery alone).

Compared with a single-therapy approach, combined-therapy has been shown to further reduce the spread of cancer. However, combined therapies may lead to more side effects, higher costs and a decreased quality of life. Research shows that combined therapy may not be necessary for all men with cancer.

Some cancer tests predict the chance that cancer may spread. These tests are known as prognostic tests.

Researchers studied whether a specific prognostic test score, the combined CCR score, can identify which men with cancer would benefit from combined-therapy treatment and which men can safely choose a single therapy.

Researchers used the Myriad Genetics version of a CCR score called Prolaris, which uses the Myriad CCP tumor test combined with a clinical score using the University of California San Francisco scoring system for clinical information called CAPRA to derive the scores in this study. The researchers tested whether men with a CCR score below 2.1 could forgo receiving combination treatment, while those with a CCR score above 2.1 would benefit from a combination approach.

CCR scores may be useful for deciding if a person will benefit most from a single therapy or combined therapy for cancer.

For this study, researchers used medical data from more than 700 men with advanced cancer. The men were treated at one of five medical centers throughout the United States and had 10 years of followup after their treatment.

Among men who received single-therapy treatment:

Importantly, whether men in this study had an inherited mutation that would increase their risk of aggressive cancer was unknown. Thus, it is not known whether a CCR score could be used for treatment decision-making in men with cancer that is caused by an inherited mutation.

Overtreating cancer can cause side effects and increase treatment costs. Undertreatment can allow cancer to spread and become life-threatening. The CCR score may help patients and their healthcare providers make more informed decisions about treatment. This study points to the benefit of using a CCR score to identify men whose cancers are most likely to recur and spread and men who may safely skip combined treatment with ADT. Yet, more research is needed to confirm these study results.

It’s important to discuss with your doctor how best to predict the best treatment for your situation.

Researchers wanted to know how well their CCR test (called Prolaris) works for predicting outcomes for men with intermediate or high-risk cancer. This score is a combination of scores from two tests, Myriad Genetics cell-cycle progression (CCP) tumor test and the University of California San Francisco Cancer of the Risk Assessment (CAPRA), which combines several clinical tests, including the Gleason score, baseline levels and tumor .

This was a study. Researchers analyzed past medical history that included cancer type, the treatment used, cancer outcomes and CCR scores. All patient records included at least 10 years of medical history after cancer treatment. Researchers asked whether using a predetermined CCR score threshold of 2.112 (defined from a previous study) effectively predicted which patients’ cancers would progress or metastasize within 10 years of initial treatment. They also grouped patients' information depending on whether they had single therapy or combined therapy for further analyses.

The NCCN recommends that men with intermediate or high-risk cancer undergo combined-therapy (e.g., radiation and ADT, or surgery with radiation, ADT or the combination of all 3 treatments) to reduce the risk of . Combined therapy is often associated with higher costs, reduced quality of life during treatment and more side effects than treatment with single-therapy treatment. This study shows that setting a threshold score for CCR, which estimates prognosis, may help to identify men who can avoid combined therapy and safely receive single-therapy treatment.

Prognostic risk estimator tests such as CCR provide information about the potential for cancer to progress independent of the treatment given. Based on the study findings, a threshold CCR score may be able to predict which men with cancer may benefit from recommended combined therapy (those with CCR scores above the threshold) and men who may be able to avoid it (those with CCR scores below the threshold). More independent studies are needed to confirm the reliability of the CCR thresholds used in this study before they can be used to guide treatment decisions. If validated, the current findings may help men with cancer and their doctors make more accurate and informed treatment decisions based on a patient’s individual CCR score.

Share your thoughts on this XRAY review by taking our brief survey.
posted 7/9/21

The National Comprehensive Cancer Network (NCCN) has guidelines for tumor testing to aid treatment decision-making for people with prostate cancer, which includes the following:

The following are studies enrolling people with prostate cancer.

A number of other clinical trials for patients with prostate can be found here.

Uro Today: Association of the Clinical Cell-Cycle Risk Score with Metastasis After Radiation Therapy and Identification of Men with Prostate Cancer Who Can Forgo Combined ADT
Rating: 4.0 Stars