Study: Daily high-dose aspirin taken for at least 2 years reduces the risk of colorectal cancer but not other cancers in people with Lynch syndrome 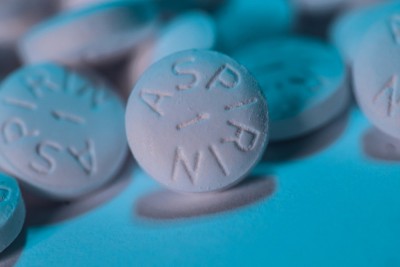 This article is most relevant for People with Lynch syndrome

This study is about whether taking daily aspirin reduces the risk of colon and other cancers in people with .

About one in 275 people have . is caused by an inherited mutation in one of the , , , or genes. People with have an increased risk of colorectal, endometrial and other cancers.

The CaPP2 (Cancer Prevention Program 2) study began in 1999. It is the first large study to look at the use of aspirin to prevent cancer in people with . The study included 861 participants with —427 participants took 600 milligrams of aspirin daily and 434 took a sugar pill daily () for up to four years. (Over-the-counter aspirin usually has 325 mg in each pill.)

Cancer outcomes (whether the participants developed cancer and what type of cancer) were analyzed at an average of 2.5 years, 4.5 years and 10 years after treatment.

This long-term study showed that aspirin reduced the risk of colorectal cancer for people with , although this benefit is likely delayed for a few years. The protective effect of aspirin, taken regularly for 2 years, on colorectal cancer diagnosis takes at least 4 years to become apparent. Aspirin appears to offer ongoing protection for up to 20 years.

Results of this study suggest that aspirin may reduce the risk of colon cancer for patients with . However, the dose and required length of use remain to be determined. The Cancer Prevention Project 3 (CaPP3) will compare three different doses of aspirin to find which is the best for reducing cancer risk in people with .

If you have , it is important for you and your doctor to discuss specific measures you can take to reduce your cancer risk. In some people, aspirin may cause stomach irritation and have other health impacts. You may want to discuss the risks and benefits of daily aspirin with your doctor.

is a syndrome that is caused by an inherited mutation in one of five genes: , , , or .  People with are at increased risk of colon and other cancers, especially endometrial cancer.

Many studies have consistently shown a link between daily aspirin use and reduced cancer risk, especially the risk for colorectal cancer. In fact, the United States Preventive Services Task Force recommends daily low-dose aspirin to help prevent colorectal cancer in adults who are age 50 to 59 years with a 10% or greater risk of cardiovascular disease in 10 years.

Daily aspirin use has also been linked to reduced colorectal and ovarian cancers in some people who do not have (see our XRAY review). While daily aspirin use has been studied as a preventive measure against the onset of cancers such as , ovarian, endometrial, and breast cancers, the findings do not consistently show that aspirin protects against these cancer types.

The CAPP2 trial was the first large-scale trial involving patients with to test a drug that may reduce cancer risk. Participants were randomly assigned to receive 600 mg/day of aspirin or a for at least two years (some took aspirin for up to 4 years, the average participant to aspirin for 25 months). Two years after participants stopped taking aspirin or , no significant difference was found in the rate of colorectal cancer between the two groups. When the first participants reached their 10-year follow-up, the researchers found that those who were assigned to the aspirin group had significantly fewer colon and other Lynch syndrome-related cancers.

Researchers wanted to know whether daily aspirin can be used to reduce cancer risk among patients with . This latest analysis allowed researchers to test the long-term effects of taking regular aspirin among patients in this population.

patients who took a daily aspirin for up to four years had fewer cases of colorectal cancer.

In 1998 researchers of a colorectal case-control study reported that aspirin may have a protective effect. Since then, over 100 studies have confirmed that aspirin can reduce cancer risk. The large Women’s Health Study (WHS) showed no effect of aspirin on cancer at 10 years but concluded that at 18 years participants who were randomly assigned to receive aspirin had significantly lower rates of colon cancer.

The CAPP2 study results are similar. It also showed that the preventive effect of aspirin, particularly on the risk of colon cancer, is delayed and continues for up to 10 years in patients with . The ongoing Cancer Prevention Project 3 (CaPP3) trial will compare three different doses of aspirin to find the dose that most effectively reduces cancer risk in people with .

The results of the CAPP2 study support the recommendation that adults with take up to 600 mg of aspirin daily for at least two years to reduce their risk of colorectal cancer. It is important to understand that the benefit of aspirin may not be apparent for several years after treatment. This is called a legacy effect.

While it is currently unknown exactly how aspirin works to prevent cancer, these results support other studies that indicate the benefit of aspirin in cancer prevention. You can see our review of another study of how cancer risk factors such as obesity, smoking, physical inactivity or a family history of cancer can modify the risk-reducing benefits of daily aspirin here.

Share your thoughts on this XRAYS article by taking our brief survey.
posted 5/17/21

An aspirin a day keeps the bowel doctor away

Science Daily: An aspirin a day keeps the bowel doctor away
Rating: 4.5 Stars