The American Society of Clinical Oncology (ASCO) has updated their breast cancer treatment guidelines to include treatment with the PARP inhibitor olaparib (Lynparza) for one year after completing chemotherapy, surgery and radiation (if used) to improve outcomes of people with an inherited mutation in BRCA1 or BRCA2 with early-stage, HER2-negative breast cancer who have a high risk for recurrence. (posted 8/6/21) 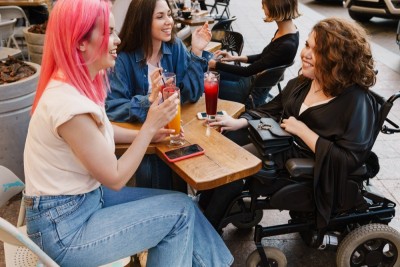 GUIDELINE AT A GLANCE

What is this guideline about?

The American Society of Clinical Oncology (ASCO) updated its guidelines on the management of hereditary breast cancer. The new guidelines now include a recommendation to add one year of the oral PARP inhibitor olaparib as maintenance therapy for people with early-stage (or nonmetastatic), HER2-negative breast cancer who have an inherited BRCA1 or BRCA2 mutation and who are at high risk for recurrence.

Why is this guideline important?

Most people with early-stage breast cancer may be treated successfully and never have their cancer return. Some people, however, particularly those with large tumors, several positive lymph nodes or triple-negative breast cancer may have an increased risk for recurrence after treatment ends.

In June 2021, the early results of the large OlympiA study were published. OlympiA looked at whether treatment with a PARP inhibitor could improve outcomes in women with earlier-stage breast cancer (see our In-depth section for more details). Based on these results ASCO has updated its 2020 guidelines on the treatment of hereditary breast cancer to recommend a year of treatment with the oral PARP inhibitor olaparib after the completion of chemotherapy for people with all the following:

The guidelines below are based on results from the OlympiA trial, a phase 3 clinical trial that included 1,836 people with early-stage breast cancer and a BRCA1 or BRCA2 mutation. In this study, people who received the PARP inhibitor olaparib as an add-on treatment after initial therapy (e.g., surgery, chemotherapy, etc.) had reduced cancer recurrence and prolonged life. (All clinical trial participants had HER2-negative breast cancer.)

Based on these results, ASCO updated their recommendations to include offering one year of olaparib to the following people with early-stage breast cancer and a BRCA1 or BRCA2 mutation after completion of neoadjuvant or adjuvant chemotherapy and local treatment (surgery and, or radiation).

If you have a BRCA1 or BRCA2 mutation and you have been diagnosed with early-stage, HER2-negative breast cancer, you may benefit from additional treatment with olaparib.

If you have been diagnosed with early-stage, HER2-negative breast cancer and you do not know if you have a BRCA1 or BRCA2 mutation, genetic testing for an inherited mutation can help you learn if you might benefit from additional treatment with olaparib.

The National Comprehensive Cancer Network is a consortium of experts in cancer and genetics. The group publishes consensus guidelines on genetic testing, risk management and treatment.

NCCN guidelines recommend genetic testing for individuals who have any of the following:

For people with HER2-negative, metastatic breast cancer, the NCCN recommends BRCA testing before starting chemotherapy to see if there may be benefit from treatment with a PARP inhibitor.

According to the NCCN, cancer risk assessment and genetic counseling is highly recommended before genetic testing is offered (pre-test counseling) and after results are disclosed (post-test counseling). A genetic counselor, medical geneticist, oncologist, surgeon, oncology nurse or other health professional with expertise and experience in cancer genetics should be involved early in the counseling of patients.

IN-DEPTH: RESEARCH BEHIND THE UPDATE

ASCO recently updated its guidelines on the management of hereditary breast cancer to include the use of olaparib for early-stage breast cancer in people with an inherited BRCA mutation. This change was based on data from the OlympiA phase 3 clinical trial.

Olaparib is a PARP inhibitor, a class of drugs that target cancers with defects in homologous repair. Olaparib is used throughout cancer care to improve treatment outcomes. It is FDA-approved as adjuvant therapy for ovarian cancer to sustain treatment response in women who have responded at least partially to chemotherapy. Olaparib is approved to treat men whose prostate cancer no longer responds to medical therapy and has progressed.

The researchers wanted to know if adding a year of adjuvant olaparib to standard-of-care treatment would be beneficial for people with BRCA1 or BRCA2 mutation who have early-stage, HER2-negative breast cancer.

All patients were required to have completed local therapy (surgery with or without radiation therapy) from two to 12 weeks before entering the trial. Systemic therapies that were undergone by participants before the study could include neoadjuvant chemotherapy, adjuvant chemotherapy and hormone therapy.

This was a randomized, double-blind study. Patients were randomly assigned to one of two groups:

Participants were monitored for:

At the 3-year assessment, research results showed that:

The results presented were preliminary. Participants will continue to be followed for a total of 10 years.

OlympiA is an international study, which includes sites in North and South America, Europe, the Middle East and Asia. These preliminary study results did not mention race and ethnicity. This is important because mutations in the BRCA1 or BRCA2 genes can be prevalent among certain racial and ethnic groups, including people of Caribbean and Nigerian descent. While there is no indication that olaparib would act differently in different racial groups, specific data from this study is lacking.

The OlympiA trial shows the benefits of the PARP inhibitor olaparib for patients with an inherited BRCA1 or BRCA2 mutation with early-stage, HER2-positive, high-risk breast cancer. Oral medication may be used to improve treatment outcomes for this population.

The current data from the OlympiA Trial suggests that adjuvant olaparib was effective in reducing recurrence and metastasis of cancer and cancer-related death in patients with a BRCA1 or BRCA 2 mutation. These findings suggest that more options may be available for people with BRCA mutations and early-stage breast cancer.

Share your thoughts on this XRAY review by taking our brief survey.
posted 8/6/21