Study: Frequency of inherited mutations linked to breast cancer are similar in Black and white women

The CARRIERS study looked at the rate of inherited mutations in women with and without breast cancer. In an extension of the CARRIERS study, researchers found no difference in the frequency of inherited mutations in breast cancer genes among Black and white women with breast cancer. A few individual genes differed in frequency: BRCA2 and PALB2 mutations were seen more often in Black women, while CHEK2 mutations were seen less often. Researchers concluded that race should not be used to determine who is referred for genetic testing. (posted 8/13/21) 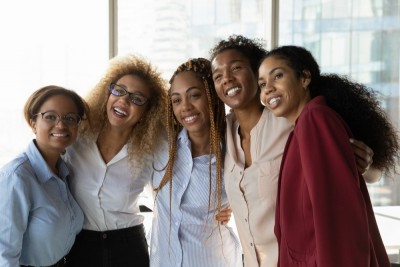 Researchers wanted to know the frequency of harmful (pathogenic) mutations that are linked to cancer in Black and white women.

Black women are diagnosed with breast cancer at younger ages and are diagnosed more often with estrogen receptor-negative (ER-negative) or triple-negative breast cancers. It has been unclear whether these disparities are due in whole or part to differences in inherited mutations or other causes.

A remaining question in this study was whether the frequency of inherited mutations varies between different racial groups.

The study researchers concluded that race should not be used to determine who is referred for genetic testing. Furthermore, they suggest that systemic racism may account for racial disparities in breast cancer diagnoses in Black women rather than genetic differences.

This XRAY was reviewed by FORCE's Scientific Advisory Board.

Black women in the United States are more likely to be diagnosed with breast cancer at an early age (before 50) or with estrogen receptor-negative (ER-negative) or () than non-Hispanic white women. It was not known whether these differences were due to varying rates of inherited mutations or to other factors.

A remaining question in this study was whether the frequency of inherited mutations varies between different racial groups.

Because the CARRIERS study enrolled a large number of participants, including a substantial number of Black women, it was possible to ask this question and have statistical confidence in the result. Researchers looked at the self-reported race of the women with breast cancer who participated in the study and then determined the frequency of harmful mutations in Black and white women.

Researchers wanted to know whether there was a difference in the frequency of inherited mutations linked to increased breast cancer risk among Black and white women.

Researchers looked at the from each participant for the presence of inherited mutations in any of 37 known or potential cancer risk genes. Twelve genes that are linked to elevated breast cancer risk were evaluated, including , , , , , , , , , , , and .

The study researchers concluded that race should not be an independent consideration for genetic testing. Furthermore, they suggested that systemic racism rather than genetic differences may account for racial disparities in breast cancer diagnoses in Black women.

Cancernetwork.com: Black and non-Hispanic White Women Found to Have No Differences in Genetic Risk for Breast Cancer