Study: Mutations in Lynch syndrome genes MSH6 and PMS2 may be associated with breast cancer 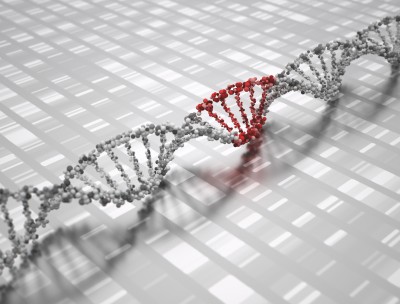 Two new breast cancer genes emerge from lynch syndrome gene study: The findings suggest that genetic screening for breast cancer should be expanded to include MSH6 and PMS2

The risk of breast cancer associated with gene mutations.

This study is the first to address gene-specific breast cancer risk for four genes in a single group of women.

(LS), also known as hereditary non-polyposis colorectal cancer (), is a syndrome. LS is associated with multiple types of cancers, particularly colon, ovarian and endometrial/uterine cancer, as well as many other cancers.

LS is caused by inherited mutations in , , , or particular mutations in the related gene. Previous studies have found mixed results on the association between LS and breast cancer risk.

The researchers retrospectively identified 423 women who carried a mutation in one of 4 LS genes (, , or ).

If you have a mutation in or genes, you have increased risk endometrial, ovarian colorectal and other cancers. Among experts, there is a lot of uncertainty about and breast cancer risk.  Additional studies to confirm the risk for breast cancer are needed.  Currently, the National Comprehensive Cancer Network (NCCN) Guidelines for breast surveillance for people with LS are based on family history and do not include increased surveillance based on a LS gene mutation alone. Screening for other Lynch syndrome-related cancers is warranted. For additional information regarding management guidelines for , visit our information page on LS.

Women with an MSH6 or PMS2 mutation

(LS) is an syndrome also known as hereditary non-polyposis colorectal cancer (). It is associated with multiple types of cancers, particularly colon and endometrial/uterine cancer. LS accounts for 3-5% of all colorectal cases annually. LS occurs in people with mutations in genes of the mismatch repair system. These genes include , , , genes and related gene. LS gene mutations are not uncommon. About 1 in 440 people carry a mutation in a LS gene.

Past studies grouped all of the LS genes together to evaluate the cancer incidence. A 2013 review found that 13 studies showed no association between LS genes and breast cancer while 8 studies found an increased risk of breast cancer among LS carriers. In this study, researchers wanted to clarify whether each of the LS genes was or was not associated with breast cancer.

The risk of breast cancer among women who carry a mutation in one of the genes: , , or .

The researchers retrospectively identified 423 women from over 50,000 women who had multigene panel testing at GeneDx between 2013 and 2016. These women carried a mutation in one of 4 genes (, , or ). They were at least 18 years old and were diagnosed with invasive breast cancer or ductal carcinoma in situ. Researchers limited their study to women carrying mutations that were classified as pathogenic or likely pathogenic according to 2015 guidelines by the American College of Medical Genetics and Genomics/Association for Molecular Pathology. They collected demographic information, clinical history and family history from genetic test requests.

Breast cancer was not uncommon among these LS carriers.

Breast cancer occurred in women with a pathogenic mutation in or in the absence of other LS associated cancers:

These observations suggest that women whose personal or family history is limited to breast cancer may carry or mutations. These mutations may be undetected if only the common breast cancer genes are examined.

Women in this study were retrospectively selected because they had genetic testing that identified a mutation in one of the genes. The decision to have genetic testing may reflect an individual’s personal and family cancer history, therefore this group of women may not be representative of all LS carriers.

Researchers had access only to clinical information provided at the time of genetic testing request; information about subsequent cancers was unknown.

Researchers acknowledge that the demographic makeup of the women in this study may not be racially or ethnically representative.

Researchers acknowledge that cumulative survival time is difficult to determine with a study. For these reasons, the study limited estimation of breast cancer incidence to age 60.

Importantly, and are the most common genes in which mutations can be found in the general population. Breast cancer is also common in the general population of women. This makes it difficult to determine if mutations in these genes are what is causing breast cancer in these patients. testing of potential mutation carriers will help clarify these issues.

Women with mutations in and and have increased risk for cancers associated with .  They may also have a 2-3-fold increased risk of breast cancer compared to the general population.

Two new breast cancer genes emerge from lynch syndrome gene study: The findings suggest that genetic screening for breast cancer should be expanded to include MSH6 and PMS2