Study: The chance of a second breast cancer is higher among some Hawai'ian women

Women diagnosed with ductal carcinoma in situ (DCIS), an early form of breast cancer, are more likely to have a second breast cancer diagnosis if they are of Native Hawai'ian, Filipino or Japanese ancestry than women of other racial or ethnic groups. (posted 3/15/22) 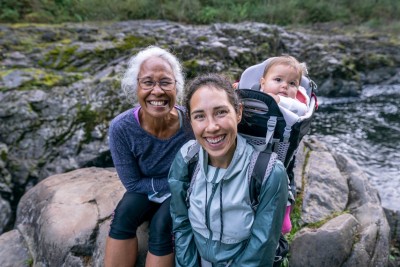 This article is most relevant for women of Hawai’ian, Filipino or Asian American ancestry.

This study is about determining the risk of second breast cancers after a diagnosis of among women who are Native Hawai'ian.

Concerns about overtreatment of for patients with low risk are weighed against concerns about undertreatment of patients with higher risk. To better understand the risk of a second breast cancer among women with , the researchers of this study evaluated cancer rates among different racial or ethnic groups within Hawai'i. Hawai'i is the most ethnically diverse U.S state with the greatest percentage of Native Hawai'ian and Pacific Islander (NHPI) women.

When studied as a separate group, NHPI people have one of the highest mortality rates from cancer, highest chronic disease rate and shortest life spans of groups in the U.S. NHPI women are four times more likely to develop breast cancer than Asian American women.

In this study, researchers looked at the rate of second breast cancers among women from the state of Hawai'i who were diagnosed with .

Researchers gathered Information from 6,221 women with from the Hawai'ian Tumor Registry. The patients included:

If you are a person of Hawai'ian, Filipino or Japanese ancestry who has been diagnosed with , you may be at greater risk of a second breast cancer. It is important to inform your doctor of your heritage because it may help them better understand your risk of subsequent cancers and help you decide together what treatment reduces your risk and best fits your situation.

If you have a family history of breast or other cancers, your risk of breast cancer may be higher. You might consider consulting with a genetic counselor to better understand your cancer risk, whether genetic testing could be helpful and whether there are preventive steps you may want to consider.

The National Comprehensive Cancer Network (NCCN) guidelines include the following options for treatment of DCIS:

The best treatment approach for is controversial. Concerns about overtreating for patients with low risk are weighed against concerns about undertreating those with higher risk. Better understanding the risk of individuals would inform and improve treatment decisions.

Beginning with 2000, the U.S. Census allowed people to identify as Native Hawai'ian and Pacific Islander (NHPI) separately from Asian Americans. Studies of NHPI people show that they generally have among the highest mortality rates from cancer, the highest rate of chronic disease and the shortest life span of groups in the U.S. Prior studies have shown that NHPI women have breast cancer four times more often than Asian American women. However, many studies continue to group NHPI with Asian American individuals, which limits our understanding of risk.

To better define the risk of a second breast cancer among women with , the researchers of this study evaluated cancer rates among different racial or ethnic groups in Hawai'i. Hawai'i is the most ethnically diverse U.S state, with the greatest percentage of NHPI women.

Researchers wanted to know the risk of a second breast cancer among women from Hawai'i who had been diagnosed with ductal carcinoma in situ ().

This study included 6,221 women from the Hawai'ian Tumor Registry who were diagnosed with between 1973 and 2017. All women were age 20 or older and the majority (77%) were over 50 at the time of their diagnosis.

Because the second diagnosis could have been a recurrence or residual cancer from their original , women were excluded if they had a second breast cancer diagnosis within six months of their diagnosis.

Information about women with was collected retrospectively from the Hawai'ian Tumor Register, one of the original National Institute of Cancer Surveillance, Epidemiology and End Result () registries. Researchers evaluated information about the original , including pathology, hormone receptor status and treatment received. They looked for statistical correlations between the original diagnosis, whether a woman had a second breast cancer, and if so, in which breast.

Most women with did not have a second breast cancer.

Women under age 50 at the time of their original diagnosis were more likely to have a second breast cancer after than women over 50.

The frequency of second breast cancers differed among racial and ethnic groups.

After adjusting for age, cancer type, diagnosis year and time of first treatment, the frequency of second breast cancers in the same breast were evaluated in comparison to white women.

After adjusting for age, cancer type, diagnosis year and time of first treatment, the frequency of second breast cancers in the opposite breast were evaluated in comparison to white women.

The rate of a second breast cancer after differed depending on the treatment received for the original .

Researchers looked at how often women had second breast cancers in the same breast compared to women who had breast-conserving surgery (BCS) only.

Researchers also reviewed how often women had second breast cancers in the opposite breast compared to women who had breast-conserving surgery (BCS) only.

One caveat is that underlying differences based on pathology or receptor status in each group of women may make them more or less likely to have a second breast cancer (e.g., some other factor may have put women who received after mastectomy at higher risk).

This study indicates that race and ethnicity are important factors in understanding the risk of second breast cancer among women with . Hawai'ian, Filipino and Japanese women may have a higher risk of secondary breast cancer than previously recognized. Women with under age 50 may also be at greater risk than those diagnosed at older ages. Improving our understanding of the risk of subsequent breast cancer may allow for treatment decisions that better fit patients. This study and others highlight the importance of assessing the risk for racial and ethnic groups independently so that the decreased risk of one group does not mask the increased risk of another group.

Share your thoughts on this XRAY review by taking our brief survey.
posted 3/15/22