A research study named the “Trial Assigning Individualized Options for Treatment” (TAILORx) asked whether chemotherapy is beneficial for women who have mid-range Oncotype DX tumor recurrence scores. This trial — the largest breast cancer treatment trial ever conducted— showed that endocrine therapy alone was as effective as endocrine therapy plus chemotherapy in women with certain types of early-stage breast cancer. The results of this trial are expected to be immediately practice changing (7/20/18) 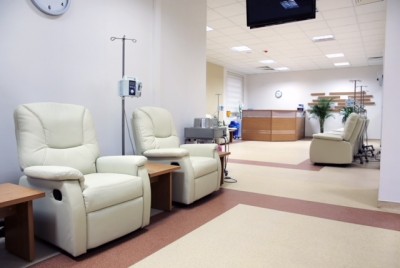 This article is most relevant for People with node-negative, ER-positive breast cancer

About half of all breast cancer cases diagnosed in the United States are hormone receptor-positive and node-negative — fed by hormones but not yet spread to the lymph nodes. Adjuvant chemotherapy, chemotherapy after tumor surgery, can reduce risk of recurrence, and the risk of dying from breast cancer in certain patients. But chemotherapy comes with side effects. Being able to determine which patients will or won’t receive benefit from chemotherapy is goal of prognostic tests such as Oncotype DX, Mammoprint, and others. XRAYS reviewed an earlier study by the same group of researchers that supported the clinical validity of Oncotype DX to identify patients who may be safely spared adjuvant chemotherapy. The TAILORx trial is a continuation of this research and asks whether some patients receive unnecessary chemotherapy.

This clinical trial suggests that women with intermediate, mid-range Oncotype DX scores (11-25) do not benefit from adjuvant chemotherapy. However, younger women (50 and under) with higher mid-range scores (16-25) may still benefit from adjuvant chemotherapy. There is a point on the recurrence scale at which chemotherapy is beneficial, but that point is not yet certain. Your doctor may use other factors to decide which treatment is right for you.

The American Society of Clinical Oncology (ASCO) has published guidelines on the use of different biomarker tests to guide decisions on adjuvant chemoatherapy or hormone therapy in early-stage breast cancer. Among their recommendations. Strength of recommendation is noted in parentheses):

Additional information on other tumor types and biomarker tests can be found on the ASCO website.

NCCN notes that other prognostic tumor tests are available for treatment decision-making. The NCCN guidelines state that the Oncotype Dx 21-gene panel is preferred by the Breast Cancer Panel for node negative breast cancer.

The following study is looking at tumor prognostic tests used for decision-making in early-stage breast cancer:

Many women with breast cancer may not need chemo, but beware misleading headlines

Whether they could further tailor treatment of hormone receptor-positive breast cancer for patients with mid-range Oncotype DX recurrence scores.

There were 9,716 patients with follow-up information who were assigned therapy based on their Oncotype DX recurrence score:

Results of the TAILORx trial were presented on June 3, 2018, at the annual American Society of Clinical Oncology meeting in Chicago, Illinois and published in the New England Journal of Medicine.

While chemotherapy had some benefit for women 50 years of age or younger with recurrence scores of 16 to 25, it is not clear why. It is possible that this observation is due a lowering of estrogen from chemo-induced menopause, but the researchers did not collect data on that. It remains unclear whether similar benefits could be achieved with ovarian suppression coupled with an aromatase inhibitor for these women.

In the early 2000s, most patients with breast cancer who were hormone receptor-positive and node-negative received chemotherapy, but most did not benefit from it. The results of the TAILORx trail, the largest breast cancer treatment trial ever conducted, suggest that the Oncotype DX tumor test could identify up to 85% of women with early breast cancer who can forego adjuvant chemotherapy, especially women older than 50 with a recurrence score of 25 or less and women 50 years of age or younger with a recurrence score of 15 or less. This trial, as well as other smaller trials, have generated new data that can guide adjuvant chemotherapy use for patients.  More studies are needed to clarify those women who need more of some therapies and less of other therapies.

FORCE XRAYS: Predicting which women have breast cancers that will respond to hormone therapy alone

The Wire: Many women with breast cancer may not need chemo, but beware misleading headlines
Rating: 0.5 Stars