The Affordable Care Act allowed more people to access insurance through Medicaid. This study found the expansion of care improved survival and decreased mortality among people of color with de novo stage 4 (stage 4 at the time of initial diagnosis) breast cancer.  (Posted 9/13/2022) 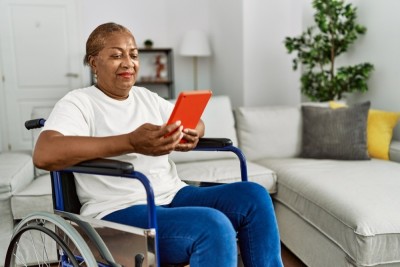 This article is most relevant for People diagnosed with de novo stage 4 breast cancer and people who live in states that have not expanded Medicaid.

Access to Health Insurance Key to Disparities in Cancer Outcomes

Study authors wanted to know if the expansion of Medicaid after implementation of the Affordable Care Act reduced racial and ethnic disparities in outcomes for people diagnosed with 4 breast cancer.

Health outcomes differ based on race and ethnicity. These differences, known as , continue to be problematic in the United States. People of color who are uninsured and those with a lower socioeconomic status tend to have less access to healthcare, obtain it later and have worse outcomes. Systemic problems also exist with referrals for healthcare for people of color.

Prior to the expansion of Medicaid, significant disparities were identified in outcomes and survival among people diagnosed with 4 breast cancer. Before the expansion, people of color in the lowest income level (lowest 25 percent) with this diagnosis were more likely to die. After Medicaid was expanded, survival rates became similar regardless of race. Importantly, the greatest reduction in mortality rates occurred among people of color in the lowest income quartile (1510 patients in this study).

This study compared improvements in survival before and after expansion among patients of color (Hispanics of any race, non-Hispanic Blacks and non-Hispanic people of other groups, including American Indian or Alaska Native, Asian or Pacific Islander and individuals of unknown ancestry) and white patients. This study shows that expanding access to medical care reduced prior disparities.

What is de novo 4 breast cancer?

What is Medicaid and Medicaid expansion?

Medicaid and the Children’s Health Insurance Program (CHIP) provide free or low-cost health coverage to millions of Americans, including some low-income people, families and children, pregnant women, the elderly and people with disabilities. The passage of the Affordable Care Act in 2014 expanded Medicaid coverage to include nonelderly adults in participating states with incomes equal to or below 138 percent of the federal poverty level. (The federal poverty level for a family of four was $27,750 in 2022 so this coverage included families of four with an income of $38,295 or less.)

Some states have expanded their Medicaid programs to cover all people with household incomes below a certain level. Others have not. The 12 states that have not expanded Medicaid include AL, FL, GA, KS, MS, NC, WI, SC, SD, TN, TX and WY.  You may want to check the Kaiser Family Foundation's Interactive Map for the current status of Medicaid expansion in your state.

The expansion of Medicaid under the ACA is linked to more people having access to cancer screening and access to earlier treatment. This study specifically looked at the impact of Medicaid expansion on mortality and disparity among people diagnosed with de novo 4 breast cancer.

States in which Medicaid programs were expanded after the passage of the Affordable Care Act (also called Obamacare) experienced improved breast cancer survival rates for all groups. Disparities also decreased for people of color people who were diagnosed with de novo 4 breast cancer.

The authors concluded that greater access to treatment through the expansion of Medicaid improved outcomes for everyone and helps to reduce ethnic, racial and economic disparities in outcomes and survivability of breast cancer.

People who live in states that expanded Medicaid after 2014 are likely to have more equitable access to care and to receive care in a timely manner. While this doesn’t impact the type of care a patient receives, it justifies arguments for expanding Medicaid to the dozen states that did not do so after the ACA was passed.

People diagnosed with de novo stage 4 breast cancer and people who live in states that have not expanded Medicaid.

For decades, researchers have recognized disparities in how people of different races and ethnicities fare when they are diagnosed with cancer. Researchers have studied various methods to identify at what point during healthcare disparities occur and how to address them. After some states expanded Medicaid as part of the Affordable Care Act, researchers saw improved outcomes for patients with cancer and other diseases.

This study examined whether the Medicaid expansion impacted these disparities, specifically between people of color and white people who were diagnosed with de novo 4 breast cancer.

Researchers wanted to determine if there was an association between the Medicaid expansion and the mortality disparity among patients who were diagnosed with de novo 4 breast cancer.

Using the National Cancer Database that includes hospital registry data collected from more than 1,500 Commission on Cancer-accredited facilities, researchers identified about 9,300 people who were diagnosed with de novo 4 breast cancer between 2010 and 2016. Those diagnosed prior to the expansion of Medicare in 2014 included about 5,000 people. Of the total patient population, 2,545 were Hispanic or other race or ethnicity besides white, including 500 Hispanic patients, 1,515 Black patients, and 530 Asian, Pacific Islander and Native American patients.

This population-based study looked at survival improvement differences between white people and non-white people. Researchers measured the overall survival and 2-year mortality rates of the groups. Because of the small number of people in each category, the authors combined all people of color into one group.

Along with racial differences, the authors looked at the differences in cancer subtype, the regions where the people lived, the type of treatment facility (community hospital versus academic center, for example) and distance traveled for patients and the number of annual cases treated by the facility. Patients’ education level, income and insurance status were also included in the analysis. The follow-up period averaged 2.5 years.

Among the key findings:

There has been increased interest in disparities of care and outcomes among people of color, not just in people with cancer but across the spectrum of healthcare. How those disparities should be addressed has been the subject of numerous studies. The expansion of Medicaid in some states after the implementation of the ACA resulted in demonstrably better outcomes for people with cancer.

While other studies used the Medicaid expansion as a time point to look at changes in healthcare disparities, none had evaluated those who were diagnosed with de novo 4 breast cancer before and after the expansion.

Expanding access to healthcare improves cancer outcomes. This study shows that even those diagnosed with disease do better when their states expand Medicaid and that racial disparities that have been long associated with cancer outcomes can be addressed, at least in part, by giving people better access to timely, quality healthcare.

Share your thoughts on this XRAY review by taking our brief survey.
posted 9/13/2022

Access to Health Insurance Key to Disparities in Cancer Outcomes