Ever since BRCA1 was discovered, researchers have been trying to understand which of the thousands of possible DNA changes in this gene increase cancer risk and which are harmless changes.  A new study in Nature reports how a cutting-edge technology called “genome editing” may be used to classify changes—known as variants of uncertain significance-in BRCA1 as harmful or harmless. Once validated, this same technology may be used to classify variants in other genes. (9/29/18) 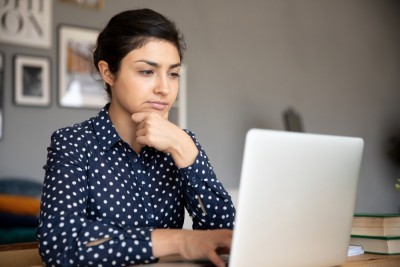 This article is most relevant for People who have a Variant of Uncertain Significance in a gene associated with cancer risk.

How a new technology could be used to help classify BRCA1 Variants of Uncertain Significance.

Genetic testing is not always straightforward. While most people who have genetic testing will test positive or negative for a gene mutation that increases cancer risk, some test results are inconclusive. A “variant of uncertain significance (VUS)” is a type of inconclusive genetic test result. With a VUS, experts cannot be sure that the genetic changes is harmful or harmless.

In the future, the new method described by this research could greatly improve experts ability to classify variants in BRCA1 and other genes as harmful or harmless, allowing people in VUS families to make more informed medical decisions. But more work will be needed to validate this technology and make it more efficient and less costly before it can be used as a standard way to classify variants.

CRISPR-Cas9 is a simple, yet powerful technology that allows researchers to easily “gene edit” or modify the DNA sequence of a gene. Researchers can then then see how that change affects the gene’s function. (Scientists have other gene-editing technologies, but the newer CRISPR technology is faster, easier and more effective.)

In this study, researchers used CRISP-Cas9 technology to change DNA instructions in BRCA1 in laboratory cells. They then observed how these edited genes functioned. Almost 4,000 possible BRCA1 changes were analyzed.

The results, although not perfect, were strikingly accurate.

It’s important to understand that this technology does not impact most BRCA1 genetic test results. This technology applies mostly to people who received a result of a VUS.

The ability to accurately classify nearly 4,000 BRCA1 changes may prove to be a much-needed tool that researchers can use to reclassify VUS from unknown to known (harmful or harmless).

If you have had genetic testing and received a report that you have a VUS, this technology—once it has been validated—may provide you with more information about your risk.

People who have a Variant of Uncertain Significance in a gene associated with cancer risk.

Health care providers who are specially trained in genetics can help you more clearly understand your risk for hereditary cancer. The following resources can help you locate a genetics expert in your area.

The following organizations have resource on variants of uncertain significance (VUS):

I had a mastectomy to lessen my risk of breast cancer. Does new science say that was a mistake?

BRCA1 changes  are classified in three ways: as benign variants that cause no concern; as deleterious variants that can confer a high risk of cancer; and  as variants of uncertain significance or VUS, which have an undetermined effect on cancer risk.

As of January 2018, most single base-pair changes in the BRCA1 gene are classified as a VUS.  These changes are rarely seen in more than a few people. Determining whether or not these rare changes affect cancer risk is a significant challenge.  This difficulty is also reflected in the fact that hundreds of changes in BRCA1 have conflicting classifications between different labs.

The study authors used an innovative approach called “saturation genome editing.” Using this technology, the authors were able to make almost 4000 single-base pair changes in BRCA1.  These changes were made in regions that have been shown to be important to BRCA1 function. When a change caused a cell to die, it was classified as harmful; in cells that lived, the change was classified as harmless.

Can we develop a robust, large-scale way to classify DNA changes in BRCA1?

This research was conducted in a single human cell line (a cell line is a group of cells in a petri dish that have all descended from a single cell). However, results were compared to a BRCA1 database that uses clinical data to classify changes in BRCA1.

Researchers compared their results from another published studys and to an internationally recognized data base that uses clinical information to classify changes in BRCA1. The results, although not perfect, were strikingly accurate:

Although not perfect, the results of this study are very accurate.

This study used a novel approach to classify nearly 4,000 changes in BRCA1. However, the changes studied were only in a portion of the BRCA1 gene (changes studied were in 13 exons and surrounding introns out of the 24 exons and introns in BRCA1). This study is limited in that currently, what provides confidence to variant classification is the availability of sufficient clinical data to assign risk to a given variant. More clinical data will be needed to validate this approach.

If validated, this approach could be a major advance over previous attempts to study the consequence of a change in BRCA1 in a research setting.  However, serious consideration should be given to how best to integrate this assay into reclassification of current VUS and new never-before-seen changes in BRCA1 that are sure to appear.

This research could be a very important addition to cancer genetics generally.  This approach may possibly be used to better classify changes not only in untested regions of BRCA1 but in other cancer predisposing genes.

The Outline: I had a mastectomy to lessen my risk of breast cancer. Does new science say that was a mistake?
Rating: 2.0 Stars

For additional comments on this article please see our most recent Headline Hype blog.