Article: A cancer patient’s tumor is genetically profiled—how does that info help treatment?

Jessica Wapner's Scientific American article explores the difficulties of making the vast amount of information acquired from tumor gene tests useful to patients and physicians. (9/20/16). Update: THIS INFORMATION HAS BEEN UPDATED. In late 2017, the FDA approved two separate tumor profiling tests to help guide treatment choices. The FoundationOne CDx (F1CDx) genomic test has been approved to test for 15 different targeted therapies used to treat five types of cancer, including ovarian, colorectal, lung, breast and melanoma. The FDA also approved the MSK-IMPACT and developed for use by Memorial Sloan Kettering Cancer Center (MSKCC) to scan tumor samples for 468 different cancer-associated mutations or alterations. 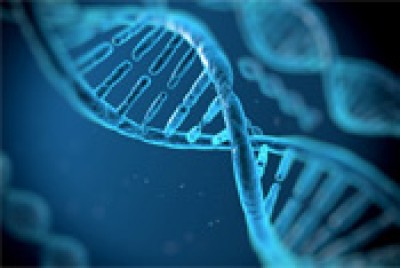 This article is most relevant for People diagnosed with advanced cancer

Why don’t genetic and genomic tests for offer more answers?

is often talked of today in healthcare. President Obama has developed a Initiative, which aims to “enable a new era of medicine in which researchers, providers and patients work together to develop individualized care.” This individualized care encompasses each person’s unique genes, environment and lifestyle.

This makes a lot of sense—every individual has a different combination of genes, environment and lifestyle. However, where are researchers and healthcare providers in achieving the use of for patients? Jessica Wapner’s Scientific American article published in September 2016 explores this topic.

The Scientific American article begins by acknowledging how the discovery of mutations and the increased risk of breast and ovarian cancer was crucial in emphasizing the role of genetics in treatment decisions. Women who carry a mutation in either gene can choose to remove their breasts and/or ovaries before they develop any cancer. In 2014, the approved the Lynparza, the first therapy that targets cancer in mutation carriers, for use in some ovarian cancer patients. Ongoing clinical trials are also looking at the use of PARP inhibitors in mutation carriers with breast and pancreatic cancer. But most cancers are not caused by inherited mutations.  So how can genetics help inform treatment decisions in these cases?

Researchers understand that all cancers stem from genetic changes.  We can think of these changes as two types: germline (inherited mutations), which are present at birth and can be passed down from generation to generation, and acquired or found in tumors that occur and accumulate over the course of a lifetime.  It takes more than one mutation for cancer to develop. Most cancers develop as mutations in genes that control cell growth and repair cellular damage accumulate over many years. While certain gene mutations are associated with particular cancers, other mutations vary from tumor to tumor.  Because of this, healthcare providers analyze the genetics of patient tumors to catalog the gene mutations so they can see any changes that can be treated by a drug specific for that gene alteration.

Sounds simple, but the problem for patients after they undergo these genetic analyses is that while we can tell a person which mutations are found in her tumor, we may not have a drug to treat it. Researchers have not yet found drugs that target most of these mutations. In fact, there are currently only 29 Federal Drug Administration () approved tests for mutations that will change what therapies patients can take.  As the author notes many patients “learn that their cancers have mutations for which no drug exists.”

The remainder of the article discusses “several obstacles to further progress.” However, it focuses mainly on the difficulties of developing therapies that target mutations in patients’ tumors. This media article does differentiate between inherited germline mutations and acquired . “For now the gulf between the promise of and the reality remains frustratingly large,” Wapner writes. One thing that makes it difficult to identify target genetic mutations in patients’ tumors is being able to identify which mutations are important for the cancer, she explains. Researchers also have to figure out which mutations will start causing damage later on. And as if that is not hard enough, researchers have to then successfully develop drugs to target those mutations.

Research is still needed to realize the full potential of

This is a paradox of . Let’s say that the mutations have been identified and researchers have developed the drugs. The nature of revolves around the individual, but in order to determine whether these more unique, individualized drugs are effective and safe, researchers and healthcare providers need a large number of patients to enroll in clinical trials for the drugs. Matching the right patients to the right clinical trials is key to showing that targeted therapies, and the genetic tests that underlie them, are safe and effective.

A lot of progress has been made in the cancer genetics world. Various targeted therapies have been developed for breast cancer—Herceptin, Perjeta, Kadcyla and Tykerb all target the protein. Lynparza, a drug that treats advanced ovarian cancer in mutation carriers by causing deficient tumor cells to die, is currently in clinical trials to treat breast cancer in mutation carriers.  Tumor genetic tests are also used to help physicians and some breast cancer patients decide whether they need chemotherapy or hormone therapy.

Researchers and healthcare providers have a lot of work to do before can be used every day in the clinic. But as Wapner mentioned, certain gene tests are already helping health care providers and their patients make treatment decisions for BRCA-related cancers. Regarding hereditary germline mutations (mutations that children inherit from their parents), patients who do have family histories of cancer and test positive for a cancer risk-increasing gene can benefit from stricter screening regimens. mutation carriers with breast cancer may also opt for surgeries to remove their breasts and/or ovaries to reduce their risk of a second breast cancer. All of these new technologies allow researchers and healthcare providers to acquire vast amounts of information; information that previous generations could only dream of acquiring—they just need more time to learn how to understand it all.