Article: After mastectomy: reconstruct or not?

Today, more women know they can have breast reconstruction after removing their breasts for cancer treatment or risk reduction. But what about choosing not to undergo reconstruction? Roni Caryn Rabin writes about the experiences of women who decide against reconstruction in her New York Times piece “‘Going Flat’ After Breast Cancer.” (12/14/16) 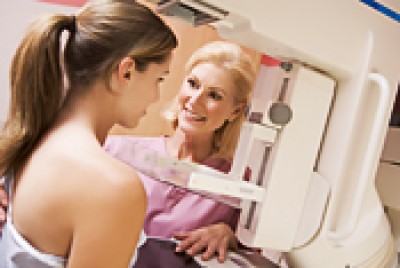 This article is most relevant for Woman who are facing mastectomy

In Roni Caryn Rabin’s New York Times piece, “‘Going Flat’ After Breast Cancer,” she shares the experiences of women who chose not to have new breasts recreated after mastectomy.

Speaking about breast reconstruction, Dr. David Song, Chief of Plastic Surgery at the University of Chicago, was quoted as saying, “…the aesthetic result can be better than the native breast…Patients can come out the other end looking more youthful, with a better aesthetic in [the] breast than before.” Breast reconstruction, particularly bilateral reconstruction, provides an opportunity to improve upon cosmetic imperfections, and some women view it as a chance to go a bit bigger or a bit smaller.

More women than ever before know about their reconstruction options with breast implants or their own native tissue, even though many others are still uninformed about their choices—a good reason for women to research and understand the benefits and limitations of various alternatives to determine which, if any, is best for them. Many plastic surgeons and oncologists actively promote reconstruction to women who face mastectomy (although some still do not mention the option) often by citing studies that show women who undergo reconstruction have improved quality of life.

Thanks to women’s health advocates who fought for the Women’s Health and Cancer Rights Act of 1998, health care plans that cover the cost of mastectomy are now also required to pay for breast reconstruction and prostheses after mastectomy. The law also requires insurers to inform their patients of this optional but important benefit.

Reconstructed breasts—the not so good

“Some women say that doctors focus too much on physical appearance, and not enough on the toll prolonged reconstructive procedures take on their bodies,” Rabin writes. As with any surgery, reconstruction has risks, and complications sometimes occur.

Rabin quotes Dr. Clara Lee, an associate professor of plastic surgery at Ohio State University, who notes that the risk of a major complication is higher for reconstruction than for the average elective surgery, which she calls the “dirty little secret of breast reconstruction.” While some reconstructive procedures are relatively straightforward, others are complex and lengthy, adding to the increased risk of complications and the potential need for a return to the operating room.

Rabin’s article focuses on women who were dissatisfied with their reconstruction with breast implants. Marianne Cuozzo, for example, began reconstruction with breast implants, but after dealing with four infections in five months, she decided to have the implant removed. Sara Bartosiewicz-Hamilton tried having her breasts recreated with two different implants before she also ultimately chose to remove them because of a constant burning sensation.

Even when reconstructed breasts look the same or better than a woman’s natural breasts, the article notes that they are “often numb and can no longer play a role in sexual arousal.” The article mentions that one reason that reconstructed breasts may not look the same is because natural nipples are typically removed during mastectomy. It can then be recreated, but it will not have sensation or react to touch, and usually flattens over time. For this reason, many women choose to have nipples tattooed onto their new breasts—lifelike 3-D nipple tattoos give the “illusion of protrusion.” Other women are satisfied to forego nipple reconstruction and/or tattoos. However, most women, except those with a malignancy in the nipple or the surrounding skin, can have a nipple-sparing mastectomy, which removes breast tissue but preserves their own breast skin and natural nipple.

Rebecca Pine, a patient profiled in the article, originally had reconstruction with a breast implant after a unilateral mastectomy to remove one breast. When she had a risk-reducing mastectomy on her other breast, she decided to have her implant removed, because her reconstructed breast was not receptive to feeling or touch and didn’t “look or feel, in most cases, like our breasts.” (Partial loss of sensation is an unfortunate side effect of mastectomy that isn’t typically restored with reconstruction.)

“For years, medical professionals have embraced the idea that breast restoration is an integral part of cancer treatment,” Rabin writes. However, some advocates say patients should also be aware no reconstruction is also an option, and patients should not feel pressured into one choice or the other.

While it is important to understand that not all women are satisfied with their reconstruction, this analysis has several limitations. Most studies reviewed were from a single institution between 1998 and 2009, and included only reconstruction with implants, TRAM flaps or latissimus dorsi flaps (which involve the loss of muscle to rebuild the breast)—the three oldest types of reconstruction. It did not include women whose reconstruction involved improved or more advanced options, such as newer generation implants, or muscle-sparing DIEP flaps and TUG flaps. Nor did the review differentiate between saline or silicone devices, or include the use of highly cohesive gel breast implants (introduced in 2012), which typically have a very high patient satisfaction rate and now account for most reconstructions with breast implants. The analysis also excluded previvors who had reconstruction after risk-reducing mastectomy (a population that tends to have high satisfaction rates with reconstruction).

The author notes that for many women who do not have reconstruction, it can be hard to come to terms with a flat chest after breast cancer or risk-reducing mastectomy. With a flat chest, it may be difficult to find clothes that fit properly, and though many types of prostheses can be worn in bras, camisoles and swimsuits or adhered to the chest, some women stop using these artificial forms because they can be heavy and uncomfortable.

It’s important to remember that this article specifically addresses women who were dissatisfied with their reconstruction and those who decided to go flat. It does not include women who were somewhat or very satisfied with their reconstruction, and who prefer to have reconstructed breasts, even if they do not restore sensation. Going flat after mastectomy is a personal choice that is right for some women, but not for others, and the decisions involved should not be taken lightly. As with many medical decisions, not all patients are alike, and each should be given the information about all viable options so they can make the choice that is best for them.

Patients making decisions about mastectomy and reconstruction are encouraged to speak to other women who have experienced the same choice through support groups and social media. Many options are available, and experts often advise consulting with multiple surgeons to better understand their choices and identify the skills of individual surgeons (not all surgeons perform all procedures). Ultimately, the most important thing is that the patients feel comfortable with the choice that they have made; that is more likely if they understand their options and make informed decisions.

Woman who are facing mastectomy

FORCE XRAYS: After mastectomy: reconstruct or not?