Study: Rare mutations in PALB2, CHEK2, and ATM: how much do they increase cancer risk?

As multi-gene panel tests become more common, people are discovering they have mutations in genes that are not understood as well as BRCA. This can make it difficult to give patients accurate assessments of their cancer risk. For example, mutations in PALB2, CHEK2, and ATM are rare, but some specific changes in these genes are even less common. The goal of this international collaboration was to better understand the cancer risks of some very rare PALB2, CHEK2, and ATM mutations. The findings are relevant only to the specific mutations covered in this paper and do not apply to all people with mutations in PALB2, CHEK2, or ATM. (9/27/16) 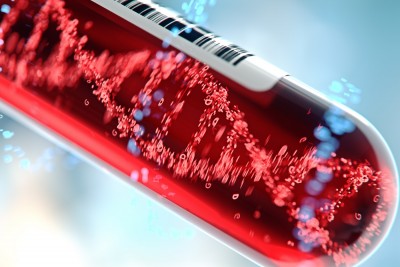 This article is most relevant for People who tested positive for one of the rare variants in CHEK2, ATM or PALB2 that are covered in this study

The same article was also covered by Nine.com.au

The breast, ovarian, and cancer risks associated with rare mutations in , , and .

Some mutations in , , and are rare, making it difficult to determine the exact increased cancer risk for people who carry them. Patients with these mutations need to know this information so that they and their healthcare providers can make appropriate decisions about their cancer screenings and treatment.

It is important to remember that this study looked at just a handful of rare mutations in , and , and cannot be used to draw conclusions about all mutations in these genes. However, this work indicates that it is important to know the exact mutation a patient has, as well as his/her personal and family history of cancer when developing a plan for cancer screening or assessing potential treatment options. More work needs to be done to confirm some of these findings, and to determine other rare mutations that may increase a patient’s cancer risk or not have an effect on a patient’s cancer risk. Patients should work with their healthcare providers to understand their genetic test results and determine what screenings and treatments are best for them.

People who tested positive for one of the rare variants in CHEK2, ATM or PALB2 that are covered in this study

Studying rare mutations is difficult because the study has to be large enough to see how mutations in these genes affect cancer risk. Yet researchers have a hard time finding enough people with these rare mutations to study cancer risk and draw conclusions that can be used to make cancer risk management decisions.

Melissa Southey and her colleagues from The University of Melbourne and other institutions around the world published work in the Journal of Medical Genetics in June 2016 that assessed the cancer risk associated with a handful of specific, very rare mutations in , , and .

What are the breast, ovarian, and cancer risks associated with rare mutations in , , and ?

The participants in this study were from studies participating in three consortiums:

These consortiums are all part of the Collaborative Oncological Gene-environment Study (COGS) with a total of 176,873 participants.

The cancer risks calculated in this study apply to very few people because, of the hundreds of mutations that can occur in , , and , the study looked at only 10 specific mutations.  Because these are rare mutations, the sample size for some of them was too small, even from an international collaboration, to yield a definitive conclusion (especially as seen in the mutations that were carried by less than 20 people). Additionally, the international approach does not greatly improve the risk estimates for the mutations that are only found in certain populations (such as the mutation that was only found in African American patients). This means that the cancer risks calculated in this study might not apply to the few people who have one of these rare mutations.  Finally, it is always important to remember mutation status is not the only measure of increased cancer risk. Even if a person has a mutation that was found to not increase cancer risk in this study, there are other factors that are involved in determining cancer risk including family history and lifestyle factors

The results of this study suggest that some of the rare mutations in and may be associated with increased risk of breast cancer, putting these women at “high risk.” This indicates that these women should have more screening and should discuss risk-reducing measures with their health care providers. However, more work needs to be done, especially in developing more methods that can be used to estimate these risks accurately for these rare mutations that are difficult to study with human populations.  This study is a clear example of how much work and how many research participants are needed to get reliable estimates of cancer risks associated with specific mutations.

It is important to note that this study looked at a handful of specific mutations in , , or ATM; it did not look at the risk of having any mutation in these genes. People with mutations in , , or should consult with a genetics expert who can look at both their gene mutation as well as their personal and family history of cancer to help them estimate their cancer risk.

The National Comprehensive Cancer Network (NCCN) provides guidelines for management of breast cancer risk in people with inherited mutations linked to breast cancer. We recommend that you speak with a genetics expert who can look at your personal and family history of cancer and help you to determine the best risk management plan.

The following are risk-management studies enrolling people with inherited mutations. Check study listings or contact the study team to see if you are eligible.

Additional risk-management clinical trials for people with inherited mutations may be found here.

The following resources focus on people with  mutations.

The same article was also covered by Nine.com.au