Article: The importance of racial diversity in clinical trials

This article by journalists Caroline Chen and Riley Wong looks at racial disparities between participation in clinical trials and the population of people with cancer. (11/6/18) 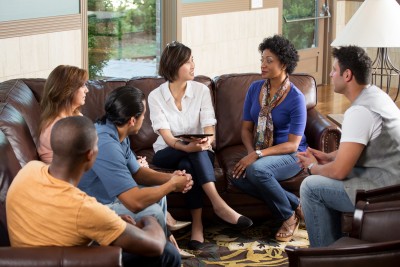 How well different racial groups are represented in cancer drug clinical trials in the United States.

Clinical trials provide the information used by the to determine whether or not a cancer drug is safe and effective and should be approved for public use. Even when early data is promising, it is always possible that a drug may be ineffective or have unintended serious side effects.

Clinical trials typically test a cancer drug for a particular cancer type and have a list of criteria for participation that fits the target population of the research. This is called eligibility criteria. Some of the factors that may affect eligibility include:

Ideally, participants in a research study should represent all people with the type of cancer being studied. This helps doctors predict how well or how poorly a drug will work for most people with this type of cancer. However, these trials often fall short of this goal.

To be more transparent, the began providing "Drug Trial Snapshots" with demographic information about who participated in each approved drug trial.

Propublica, a nonprofit news outlet, looked at data about participation in clinical research trials in the United States for 31 cancer drug trials. The majority of clinical trials for cancer drugs had large racial disparities in enrollment. Although African Americans account for 13.4% of the U.S. population, 24 of the 31 trials had fewer than 5% African American participants.

Why are some groups underrepresented in clinical trials?

There are complex reasons that affect who participates in a clinical trial.

Patients must be made aware that the trial exists and that they might be eligible for participation. Sometimes researchers may not focus on recruitment in minority communities. There needs to be education about what participation in a clinical trial entails (time, cost, risks) and eligibility.

There are potentially financial hurdles to overcome. Because patients or their healthcare insurers may be responsible for a portion of the cost involved in participating the trial (e.g. for copays for non-experimental tests or travel to trial locations), lack of financial resources affect who is able to participate. A 2015 study indicated that patients with more limited means (household incomes below $50,000) were 32 percent less likely to participate in a clinical trial.

Additionally, there is a distrust of medical experimentation in minority communities due to abuses in historic trials such as the Tuskegee study from 1932-1972 in which minority men with syphilis were allowed to go untreated. While there is strong oversight of clinical trials today because of these past events, there is still understandable hesitation among some potential participants.

Why does underrepresentation in clinical trials matter?

Clinical trials with skewed racial representation limit conclusions about effectiveness. Understanding whether or not trial findings apply similarly to different populations would greatly enhance the clinical utility of the study's outcomes.

Disproportionate or unequal access to clinical trials by different racial groups means that some populations do not receive early treatment or interventions available to white participants. Why does that matter? Early intervention sometimes saves lives.

"So if you're part of a group where just getting access to medical care is a problem, odds are that you’re not going to have the opportunity to even be asked to participate in a clinical trial. Studies show that when minorities and nonminority members are asked to participate in a clinical trial, the participation rate is roughly equivalent." —excerpted from an interview with John J. Whyte, M.D., MPH, Director, Professional Affairs and Stakeholder Engagement, Center for Drug Evaluation and Research, .

How well do clinical trials for breast and ovarian cancer drugs represent minorities?

Not particularly well. FORCE looked specifically at clinical trials for breast or ovarian cancer that have been reported by Drug Trial Snapshots since the program began in January 2015. According to the website, in 8 clinical trials involving the 5 drugs approved for breast and 2 drugs approved for ovarian cancer, none included sufficient nonwhite participants to conclude if there were differences in drug response between racial groups. These 8 breast and ovarian cancer drug trials included 5,563 participants, 5,247 of whom self-reported their race:

The did not collect data until 2017 on individuals who are ethnically Hispanic versus non-Hispanic participants, so Hispanic enrollment in trials before that date is unknown. The 2017 report of the Drug Trial Snapshot program indicates that Hispanic participants were underrepresented in all of the breast and ovarian cancer drug trials:

Clinical trials for cancer have also underrepresented the most affected populations

In the U.S., 178 of every 100,000 African American men are affected by cancer, compared to 106 of every 100,000 white American men: African American men are more likely to have cancer than white men. If clinical trials were representative of the population affected, they would include more black participants than white.  If clinical trials were representative of the U.S. population in general, at least 13% black participants would be included.

In 7 trials involving 5 drugs between 2009 and 2015, only 3% of participants were black. Johnson & Johnson's Erleada trial for cancer treatment had 66% white participants compared to 6% African American participants: 11 times more white than black participants, despite the cancer being more common among black participants. And this is one of the more representative trials.

In 2017, the National Black Church Initiative urged the to mandate diversity in all clinical trials before approving a drug or device, writing:

"Simply put the pharmaceutical community is not going to improve minority participation in clinical trials until the compels them to do so via regulations."

To date, the has encouraged but not required drug applicants to include diverse participants.

"Many stakeholder groups want to require drug companies to include certain percentages of demographic subgroups in clinical trials and analyze subgroup data by sex, race and age before a drug is approved. While the has many regulations and policies in place regarding clinical trials, these studies are the responsibility of the manufacturer that is developing the drug."

All of the drug manufacturers contacted by the Propublica authors indicated that diversity in trials was important to meet patient needs. However, some argued that requiring racially representative trials would add time and cost to an already expensive and time-consuming process.

Dr. John Maraganore, the CEO of Alnylam Pharmaceuticals and chair of Biotechnology Innovation Organization noted in the Propublica article that:

"If you have a significant delay in enrollment, that would delay the medication advancing to the whole patient population, hurting everybody, including the black population."

This conflict between increasing cost in time and money of trials and having trials be more representative and generalizable remains. Some U.S. companies are trying to address this issue by established internal working groups on diversity, trained site leaders for clinical trials about diverse recruitment and reached out to minority physicians to help recruitment efforts. These efforts have led to increased minority enrollment in some cancer drug trials.

What happens after drug approval?

Clinical trials are expensive and important subsequent trials sometimes never occur. Concerns about how generalizable results are may be left unknown for a long time. To address these concerns, in 2008, the ’s Sentinel program began examining medical claims and data from insurers and health care providers to identify adverse events and drugs that do not help specific populations.

Some pharmaceutical companies voluntarily track drugs after approval to determine whether racial differences are observed. When Johnson & Johnson's drug Zytiga was approved in 2011 for prostate cancer, the company recognized that few African American men participated in the original clinical trial. To determine if results were similar or different between black and white men, Johnson & Johnson conducted a small post-market study trial of 50 black and 50 white patients. This study showed that black men respond better than white men to Zytiga.

"We believe that we must consider differences across all populations to deliver on the promise of personalized health care...[we] are continuing to study patient response to Alecensa across populations in the post-marketing setting."

However, waiting until post-market studies are conducted to determine if treatment is comparable means that many minority patients will face decisions about taking a drug with less information than other consumers. It may also mean that they will miss out on the early access that trial participation may provide.

Because of individual differences between people, research results may not guarantee your personal response to a drug. If you are a minority or otherwise underrepresented in clinical trials, be aware that research based on predominantly white participants may or may not predict your response to a cancer drug. While experimental drugs or procedures are provided without cost, the costs of standard tests or treatments are typically paid by participants or their health care insurers. There are organizations such as FORCE  that provide resources to defray these costs of participation.

FORCE maintains a list of clinical trials enrolling participants that are relevant to the community on our Featured Research page, as well as a user-friendly search tool for clinical trials. Check it out!

Share your thoughts on this XRAYS article by taking our brief survey.
Posted 11/6/18