On December 1, 2020 the FDA approved a new type of imaging technology to confirm the spread of newly diagnosed prostate cancer that is suspected to be metastatic. The approval also includes use for confirming suspected recurrence in men who have rising PSA after treatment. The approval is based on two clinical trials that showed this new technique to be safe and consistent in accurately detecting cancer that has spread beyond the prostate gland. (1/7/21)

THIS INFORMATION HAS BEEN UPDATED on 5/10/2022:  On March 23, 2022 the U.S. Food and Drug Administration (FDA) approved a new drug called Pluvicto to treat patients with metastatic castration-resistant prostate cancer. ON the same day, the FDA also approved a new imaging drug called Locametz (a brand of Gallium 68 PSMA-11) for identification of those patients who would benefit from treatment with Pluvicto. Read about the FDA approval of Pluvicto and Locametz here. 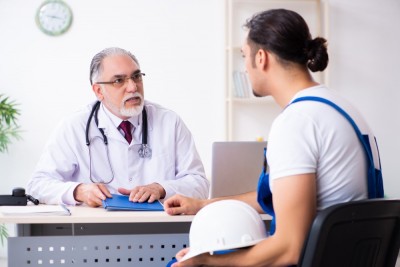 This article is most relevant for Men with prostate cancer

This report is about:

approval of a new type of to detect the spread of cancer in men who are newly diagnosed with advanced disease and in those whose cancer has returned after treatment.

Why is this report important?

About seven percent of all cancer are diagnosed at advanced stages (they have spread beyond the ). The has granted approval to several imaging tests, including X-rays, magnetic resonance imaging () and computed tomography (), for detecting the spread of cancer and to help doctors determine the of the disease. However, all imaging techniques have limitations and can fail to detect small deposits of disease outside the ().

On December 1, 2020, the approved a new imaging technique for detecting the spread of cancer throughout the body. The technique uses a Gallium 68 PSMA-11 tracer which is detected by positron emission tomography (PET) scanning. The tracer is injected through a vein and moves throughout the body to attach to its target protein (e.g a protein found in cancer cells). PET scanners can then locate where the tracer has accumulated at high levels throughout the body, there by detecting any spread of caner.  PET scans can be used together with other imaging tests, such as CT (PET/CT) and (PET/MRI).

The recent approval was based on two studies that looked at a new radioactive tracer called Gallium 68 PSMA-11 (Ga 68 PSMA-11).

When injected in the body, Ga 68 PSMA-11 attaches to a protein called (PSMA). Although PSMA is found at low levels in normal cells, it is found at high levels in cancer cells. Over the past decade, more research has focused on radioactive tracers that bind to to locate spread of cancer to other regions of the body. Accurately detecting cancer spread can help doctors cancer and develop treatment plans.

In the two multi-site studies that led to approval, Ga 68 PSMA-11 was observed in two groups of men:

All patients were considered at high-risk for advanced () cancer and were candidates for surgical removal of the gland and nearby pelvic . Results showed that:

The second study included 635 men whose blood test suggested return of cancer after treatment with radiation therapy or removal.

All of these men underwent imaging with Ga 68 PSMA-11 using PET/CT or PET/MRI scans. Based on results of scans:

The most common side effects related to Ga 68 PSMA-11 tracer included:

The noted a possible risk for misdiagnosis of prostate cancer by Ga 68 PMSA-11. The tracer may bind to other types of cancer or certain nonmalignant regions, which may lead to errors.

In addition, because Ga 68 PSMA-11 is a radioactive agent, it contributes to a patient’s overall long-term radiation exposure, which could increase the risk for cancer. However, the risk of developing cancer due to the low radiation exposure by an imaging test is very unlikely, according to the American Cancer Society (“Understanding Radiation Risk from Imaging Tests”).

The following are studies looking at new methods for , monitoring and finding recurrence in people with cancer.

A number of other clinical trials for monitoring patients with cancer can be found here.