Immunotherapy is treatment that uses the immune system to fight cancer. Still in its infancy, it is a promising therapy that is changing how certain cancers are treated. A new study reports that tumors in lab mice were eliminated when they were injected with two immune system-enhancing agents. This new approach is called in situ (at the original site) vaccination because the injections are given directly into the tumors. It worked on several different types of mouse tumors, including lymphomas and breast tumors. This approach may be safer than conventional immunotherapy because it uses very low doses of the agents and it does not require tumors to have particular markers. (02/23/18) 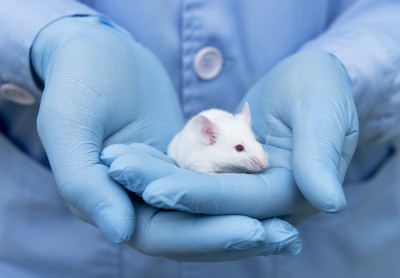 This article is most relevant for People with advanced cancers

Studying the effectiveness of treating cancer by injecting agents directly into tumors.

For decades, researchers have attempted to harness the body’s natural immune system to eliminate cancer. In this study, researchers showed that injecting very small amounts of two substances into the tumors of lab mice triggered an immune system response that eliminated the targeted tumor and other cancers as well. Moreover, the treatment was quicker and less costly than other currently used types of immunotherapies, because there was no need to discover specific targets or customize treatment against them. And since the drug was only injected into the tumor rather than being given systemically (intravenously or orally), the mice experienced less side effects.

To determine whether the immune cell response was specific to different cancers, researchers transplanted two types of tumors into the mice: cancer cells in two locations and colon cancer cells in a third location.

While this study had excellent results—all of the subjects had substantial responses and lived longer—it is important to remember that this research was done in mice, and lab studies in animals don't always translate to the same results in people. However, both of the agents used in this study are also being tested in humans. One of the agents is already approved for use in humans and is currently being tested in patients as a single agent and in combination with other therapies. The other agent is being studied in early clinical trials. In January, the researchers of this study began a small trial in 15 patients with low-grade .

If successful, researchers believe this type of treatment could be useful for many tumor types. In the future, patients may receive injections prior to surgical removal of their cancer as a way to prevent recurrence or the development of future tumors that develop from genetic mutations like BRCA1/2.

Cancer is a treatment approach that uses the immune system to fight cancer. Some immunotherapies increase immune system activity throughout a patient’s body, while others target naturally occurring checkpoints that limit the anti-cancer activity of immune cells. Still others involve removal of a patient’s immune cells, genetically engineering them to attack tumor cells and then reintroducing them back into the body. Many of these approaches have been successful, but they also have significant downsides, from debilitating side effects to high cost and long preparation or treatment times.

If a mouse immune system could be stimulated to attack cancer cells by injecting a “vaccine” directly into a tumor.

Ronald Levy, MD, who holds the Robert K. and Helen K. Summy Professorship in the School of Medicine at Stanford University is the senior author of the study “Eradication of spontaneous malignancy by local ,” which was published in the January 31, 2018 issue of Science Translational Medicine.

Levy and his team call this new treatment “in situ vaccination” because injecting minute amounts of two agents directly into a tumor triggers an enhanced T cell (a type of immune cell) response. One of the agents used is called a “CpG oligonucleotide,” a short molecule that increases the expression of the OX40 receptor on the surface of nearby T cells. The other agent is an antibody that binds to OX40 receptors and activates T cells to attack tumor cells. The body “prescreens” these activated T cells to recognize only the unique cancer-specific proteins in the tumor. Some of these tumor-specific T cells move beyond the original tumor to find and destroy other identical tumors in the body.

After in situ vaccination (injection of CpG and OX40) into one of two tumors in 90 mice:

In a related experiment, mice that were implanted with two colon cancers and one tumor were given an in situ vaccination (injection of CpG and OX40) into one colon cancer tumor:

This study’s results are excellent and exciting: all of the mice that were treated had substantial tumor responses and lived longer.  However, it is important to remember that many cancer therapies that work well in rodents don’t translate to humans. It should also be noted that this approach will only work in tumors that have been infiltrated by the immune system.

A new, small trial of situ vaccination with CpG and OX40 for low-grade will soon begin enrolling patients; it will be a starting point to understand whether this approach can be as successful in people as it was in these study mice. Even if the human trial is successful, it will still be years before this type of tumor “vaccination” can be broadly offered to patients.

Dr. Levy states, “Our [new] approach uses a one-time application of very small amounts of two agents to stimulate the immune cells only within the tumor itself. In the mice, we saw amazing, bodywide effects, including the elimination of tumors all over the animal.”  However, he also cautions that if this approach proves successful in humans, it would likely be only one of a number of tools used to fight the cancer.  While exciting, a lot of unknowns about this treatment remain: Will it work on everyone? How many cancers might be impacted? Does it have the potential to overstimulate the immune system?  Further research will be needed to answer these and other important questions.

FORCE Blog: Why I Chose for Pancreatic Cancer

Clinicaltrials.gov: A Study Of Avelumab In Combination With Other Cancer Immunotherapies In Advanced Malignancies (JAVELIN Medley)

One injection could kill cancer

So-called "cancer vaccine" isn't a vaccine at all; it's actually immunotherapy that boosts the body's own immune function

WorldHealth.Net: So-called "cancer vaccine" isn't a vaccine at all; it's actually immunotherapy that boosts the body's own immune function
Rating: 0.5 Stars