Study: What are the genetics underlying 12 different cancer types?

As gene sequencing has become more affordable, researchers and health care providers are now looking for mutations in many genes beyond BRCA1, BRCA2 and others that are associated with known hereditary cancer syndromes. By sequencing thousands of genes rather than just one or two, researchers can better understand which inherited mutations affect cancer risk. In this study, researchers sequenced thousands of genes in patients with one of 12 cancers, including breast, and catalogued which gene mutations are most commonly found in each cancer. (03/01/16) 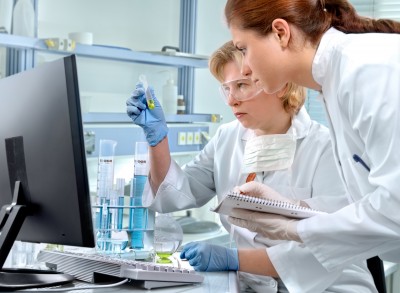 This article is most relevant for People diagnosed with cancer

Revealed... 12 cancers that ARE inherited - and how the 'Angelina Jolie gene' could also trigger stomach and prostate tumors

Inherited gene mutations found in some patients with one of 12 different cancers.

Researchers believe that at least 3% of all cancer cases have a strong hereditary component. One example is mutations, which greatly increase the risk of breast cancer. Other gene mutations also increase cancer risk, but not to the same extent as . Understanding how often gene mutations that confer moderately higher cancer risk occur in patients is a priority, as these mutations can still be passed to sons and daughters, and may affect patients’ treatment decisions.  According to the study authors, “Such discovery of new cancer susceptibility genes…will be an important step towards generating an actionable catalogue for personalized treatment of cancer.”

This study identifies and catalogues gene mutations that increase a person’s susceptibility to cancer. Ultimately, the goal is to understand which mutations are clinically relevant and how they increase cancer susceptibility, so that health care providers can determine their patients’ cancer risks and treatment plans. However, we have no national guidelines on how to care for patients with some of the newly discovered mutations, or for patients with mutations that have been studied less extensively than mutations or the mutated genes that cause .  This study is an important step in helping researchers get a complete understanding of the role that inherited mutations play in different cancers. But more work needs to be done to fully assess the clinical relevance of these findings. Patients with mutations in genes that do not have national guidelines outlining risk management options should work with their health care providers to determine appropriate treatments and screenings for themselves and their families.

In December 2015, Li Ding and colleagues from the Washington University School of Medicine in St. Louis and other institutions published in Nature Communications their study of gene mutations in cancer patients with one of 12 different types of cancer. Rather than sequencing a handful of genes known to be involved in cancer risk, the researchers used data from “exome sequencing,” which looks at the sequence of all genes used in the cell. Researchers then analyzed the data to find which mutations were inherited and known to be involved in cancer risk. This provides a more comprehensive catalog of the types of inherited gene mutations found in patients with these 12 types of cancer.

How genetics contributes to cancer development.

The study looked at the sequences from 4,034 patients: about 88% of the patients were Caucasian, about 6% were African American, about 5% were Asian, and .4% were American Indian/Alaska Native. On average, patients were diagnosed at about 60 years old with one of the following 12 types of cancer:

Researchers did not have information on the family histories of the cancer patients in this study, which would have provided more insight regarding the cancer risk conferred by the patients’ mutations. While the study looked at a sizeable group of patients, only a small number of them had some of the individual cancers. For example, only 178 cancer patients were identified, compared to 770 breast cancer patients, which makes it difficult to draw conclusions about cancer from the limited sample size.  Additionally, because the majority of the study population was Caucasian, the results are more relevant to that population, and not as relevant to individuals of other backgrounds.

It is important to remember that this single study does not prove that inherited mutations in some of these genes are directly associated with specific cancers.  According to the study authors, “This study is the largest to date that has integrated and germline alterations to identify important genes across 12 major types contributing to cancer susceptibility, and our results provide a promising list of candidate genes for definitive association and functional analysis.” This means that the researchers found many new genes to study, but more work needs to be done before their data becomes clinically relevant. People with mutations in one of the genes highlighted in this study should talk to their health care providers about their cancer risk and how to manage it.

The National Comprehensive Cancer Network has guidelines on which men with  cancer should undergo genetic counseling and testing. Men with the following should speak with a genetics expert about genetic testing:

Revealed... 12 cancers that ARE inherited - and how the 'Angelina Jolie gene' could also trigger stomach and prostate tumors

Daily Mail UK: Revealed... 12 Cancers That ARE Inherited - And How the 'Angelina Jolie Gene' Could Also Trigger Stomach and Prostate Tumors
Rating: 3.5 Stars