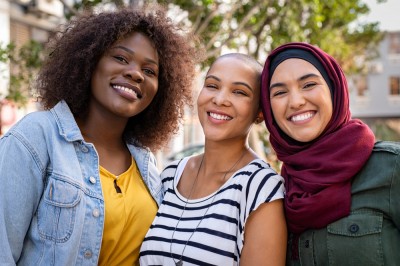 The factors that affect whether a young woman with breast cancer has genetic testing and the types of mutations found.

If breast cancer patients know that they have an inherited mutation in a gene associated with cancer, it can change their plans for treatment and prevention of new cancers. In the past, little research has been done on the types of mutations found in diverse populations. This study seeks to understand the range and frequency of mutations among different racial and ethnic groups.

Completion of genetic testing did not differ by race, but it was affected by other factors.

The researchers measured two types of gene changes among the participants:

217 (32%) of patient who completed genetic testing had one of the gene changes above and 466 (68%) had no gene changes. The rate and types of gene changes (harmful mutation or ) differed by racial or ethnic group.

Harmful mutations were most commonly found in these genes:

Women diagnosed with breast cancer at age 50 or younger

About 19 percent of women who are diagnosed with breast cancer are younger than age 50. Most of these women are recommended to undergo genetic testing. This reflects the fact that young women with breast cancer are more likely than the general population to have a mutation in a gene such as , , , , , ,   or othersthat are associated with cancer. Young women are more likely than postmenopausal women to have aggressive cancers, have triple-negative cancer and have worse outcomes.  Multigene panel testing—a single test that searches for mutations in many genes—is a way to be thorough in determining whether a person carries a mutation in one of these genes.

Breast cancer patients who have a known inherited mutation have different options for treatment (such as taking PARP inhibitors to treat tumors) and prevention (such as prophylactic surgery to remove their opposite, healthy breast or their ovaries, or intensified breast screening).

The frequency and factors that affect whether a young woman with breast cancer has genetic testing and what types of mutations are found.

This study looked at health record data from 1,503 young women who were diagnosed with breast cancer before age 50 between 2007 and 2017 at Columbia University. Women with either invasive breast cancer or ductal carcinoma in situ () were eligible.

This was a study of women who were diagnosed with breast cancer. Researchers identified patients from the New York-Presbyterian Hospital Tumor Registry at Columbia University Irving Medical Center. If patients were diagnosed with invasive breast cancer or ductal carcinoma in situ () and had available records, researchers determined if that patient had genetic testing and what the results were.

Completion of genetic testing did not differ by race but it was affected by other factors.

The rate and types of mutations differed by racial or ethnic group.

This study has several limitations:

As these researchers state:

"Due to uncertainty about the clinical implications ..., our findings underscore the need for targeted genetic counseling education, particularly among young minority women."

The following organizations have resource on variants of uncertain significance ().