Study: How many children with cancer have mutations in genes that increase cancer risk? 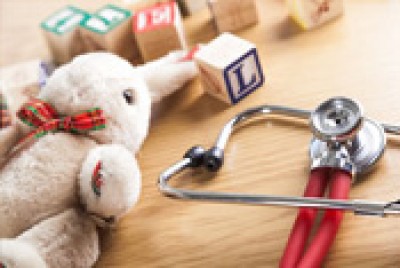 How often mutations in genes associated with risk occur in children with cancer.

Knowing if a child’s cancer is caused by an inherited gene mutation that is associated with increased cancer risk may help doctors and scientists understand the growth of their cancer, expand options to care for the patient, and assure access to genetic counseling for the children’s families.

Mutations in genes associated with increased cancer risk in adults are also found in children with cancer. If pediatric cancer occurs in your family, you may want to talk to your doctor about genetic testing.

While numerous studies have examined the role of inherited mutations that cause adult cancer syndromes, less research has been conducted regarding inherited pediatric cancers. Some pediatric cancers are known to be inherited, yet the genetic basis of many is still unknown. In a paper published in the New England Journal of Medicine, Dr. James Downey and colleagues at the St. Jude Children’s Research Hospital sequenced over 500 different genes, including 65 genes associated with increased cancer risk, in patients who developed cancer before age 20.

How many children with cancer have inherited mutations in a gene that increases cancer risk.

Researchers tested blood samples from 1,120 cancer patients under 20 years old who had various cancers, including:

Researchers also looked at genetic test results from people without cancer to determine how common mutations in these genes are in the general population. The samples came from:

This study did not consider whether or not parents or relatives of the pediatric cancer patients were also mutation carriers; researchers would not be able to tell if some mutations were new or were associated with a cancer risk within the family.

While the researchers found mutations that are known to increased cancer risk, the study did not directly show that the children’s cancers were caused by these mutations. This is particularly important in the case of gene mutations associated with adult-onset cancers, such as , , and .

About 9% of the 1,120 pediatric cancer patients had a mutation in a gene associated with increased cancer risk. This may reflect an underestimate, as the mutations included are already  associated with a syndrome (such as for Li-Fraumini syndrome, and for breast and ovarian cancer) and did not include other genes.

The fact that only 40% of the patients with mutations had a family history indicates that other factors should be involved in determining the need for genetic testing in children with cancer.

Abnormalities in , a gene that is already known to increase the risk of pediatric cancer, was the most commonly identified mutation in this study. National guidelines for management of people with mutations in include notifying pediatricians about increased risk of childhood cancers. Also, parents of children in families with known mutations in are currently offered the option to have their children undergo genetic testing.

Many children with cancer were born with genes that increase risk

Huffington Post: Many Children With Cancer Were Born With Genes That Increase Risk
Rating: 3.5 Stars