Study: Breast cancer mortality among Hispanic women in the United States varies by country of origin

"Hispanic" is a broad ethnic category that includes people from numerous countries. When discussing breast cancer statistics, Mexicans, Cubans, Puerto Ricans and people whose families originated in Central and South America are typically grouped into one Hispanic category. A new study looked at whether the country of origin affected breast cancer prevalence and mortality rates in Hispanic women in the U.S. (10/25/16) 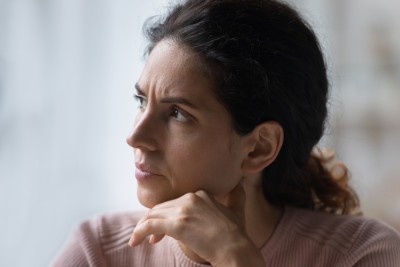 How breast cancer prevalence and mortality differs between the Hispanic women of different descent (Cuban, Mexican, Puerto Rican, and Central and South American) in the United States.

Public health researchers typically group people from all Hispanic subgroups into one category. But research on differences in mortality and (how often a disease occurs in an area) revealed many differences regarding health outcomes and behaviors among Cuban, Mexican, Puerto Rican, and Central and South American people. By combining all of the information on these subgroups into one Hispanic category, researchers are not getting an accurate picture of any subgroup.

Breast cancer: A look at trends in the Latina American community

Even though research indicates many differences between Hispanic subgroups (Cuban, Mexican, Puerto Rican, and Central and South American), the authors state that “one topic on which there continues to be a lack of data is breast cancer,” despite the fact that breast cancer is the most commonly diagnosed cancer and leading cause of cancer death in Hispanic women in the United States.

It is important to understand if and how Hispanic women of certain countries of origin are more affected by breast cancer death than others, so that interventions can be developed for those who most need them.

Bijou Hunt from the Sinai Urban Health Institute published work in the 2016 issue of the Journal of Cancer Epidemiology that examined the prevalence and mortality rates of different Hispanic subgroups.

This study used self-reported data from the American Community Survey (ACS), the National Health Interview Survey (NHIS), and death files from the National Center for Health Statistics. The ACS data was from 2013 and included sociodemographic variables such as population size, the percentage of Hispanic population comprised by each subgroup, the percentage of the population between ages 18 and 64, and high school graduate status. The NHIS data was from 2009 to 2013 and was used to calculate female breast cancer prevalence for women between ages18 and 64 for all of the subgroups. Data sources, including Hispanic origin and self-reported country of origin, for both the ACS and NHIS are self-reported by participating individuals. Race and ethnicity is reported by the funeral director; death files were used to help calculate breast cancer mortality rates.

If the population studied for this study had lower insurance coverage and/or health care access, the number of breast cancer cases may have been underestimated. This may reduce breast cancer prevalence data in some groups and produce inaccurate estimates.

Because Central and South American populations in the U.S. are small, the researchers were unable to explore any differences between those two groups and instead had to combine them into one study group (Central and South Americans), which may have masked differences between countries in those regions. Finally, Hispanic women can be of any race, but this study looked only at country of origin and not race.

This study suggests that Hispanic women of different countries of origin have different breast cancer mortality rates. According to the authors, “The Hispanic population is young, heterogeneous, and growing, which means that understanding and addressing this group’s diverse health needs is of great importance to the overall health of the nation.” More work needs to be done to understand why differences exist among the subgroups, but patients and their healthcare providers should work together to determine breast cancer risk and screening strategies.

The Hill: Breast cancer: A look at trends in the Latina American community
Rating: 3.5 Stars