National guidelines recommend genetic testing for BRCA mutations in young women who are diagnosed with breast cancer. However, little is known about how women decide to get testing, or how they use genetic information to decide on treatment options. This study found that genetic testing is increasing among young breast cancer survivors, and it explores some of the factors that play into patients’ decision making about genetic testing. (3/22/16) 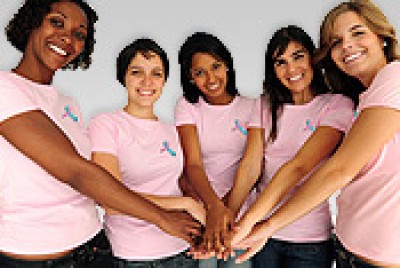 How testing is used by young women with breast cancer, and how young women make treatment decisions based on genetic information.

The National Comprehensive Cancer Network (NCCN) guidelines recommend testing for women who develop breast cancer at an early age. However, researchers do not know how young women with breast cancer decide to undergo genetic testing and how the results affect their treatment decisions.

Knowing that you have a mutation in a or different breast cancer gene can affect treatment decisions, alert you to other cancer risks (including the risk of a second breast cancer), as well as provide the opportunity to consider additional cancer screening and risk management options. According to the study authors, “Given that knowledge and concern about genetic risk influences surgical decisions and may affect trial eligibility, all young women with breast cancer should be counseled and offered genetic testing, consistent with the National Comprehensive Cancer Network guidelines.”

For a young breast cancer survivor, knowing that you have a mutation alerts you to increased risk for both a second breast cancer and ovarian cancer. mutation carriers have a variety of treatment and cancer risk management options, including risk-reducing mastectomy, removal of the ovaries and , risk-reducing medication, increased screening, and eligibility for clinical trials that study new targeted therapies. However, previous research has shown that although all young women with breast cancer meet guidelines for testing, many are still not being offered the opportunity to test.

In February 2016, Dr. Ann Partridge and colleagues from the Dana-Farber Cancer Institute and other institutions published a paper in JAMA Oncology about their study of mutation testing in young women with breast cancer.

How testing is utilized in young women and whether this genetic information or knowledge about genetic risk affects their choice of treatment.

A total of 897 women who were diagnosed with breast cancer at age 40 or younger participated. The women, who are part of the Helping Ourselves, Helping Others: The Young Women’s Breast Cancer Study cohort, are patients from community hospitals in Massachusetts and academic sites in Massachusetts, Denver, Colorado, Rochester, Minnesota, and Toronto.

This study was performed when genetic testing for hereditary risk of breast cancer was limited primarily to and gene analysis. At the time, Myriad Genetics Inc., held a patent on testing, which was struck down by the Supreme Court in 2013. Now, many young breast cancer survivors are offered expanded panel testing that simultaneously analyzes several novel hereditary breast cancer genes, including . The genetic testing landscape is rapidly changing, and more work is needed to evaluate the use of multigene panels for young breast cancer survivors. For example, it is possible that some of the BRCA-negative women in this study could harbor a mutation in one of the hereditary breast cancer genes included on the panel tests, and would carry other cancer risks that would have influenced their management decisions.

Additionally, these findings are limited to young women who are likely insured, and the majority was treated in academic cancer centers. It is possible that women in areas without access to experts in cancer genetics are not getting testing as often as the women in this study. In an editorial in the same issue of JAMA Oncology, Dr. Kathleen Blazer and colleagues wrote, “We concur with the authors that, unfortunately, it is unlikely that this level of access to, or participation in [genetic cancer risk assessment] would be found in the community setting or among the economically underserved or ethnic minorities.”

The study authors noted, “Our findings highlight recent trends, experiences, and perspectives surrounding testing in women diagnosed as having breast cancer at 40 years and younger.” This study indicates that testing is increasing in young women with breast cancer. More work needs to be done to evaluate the use of multigene panels in both the young breast cancer survivor as well as other at risk populations. The editorial by Dr. Blazer and colleagues also noted that, “The task remains to ensure that the benefits of [genetic cancer risk assessment] reach more individuals and families, including those among underrepresented minorities, with economic disparities, and in low-to middle-income countries.”

Genetic testing for BRCA breast cancer gene on the rise in young women; does it even influence treatment decisions?

The 'Angelina effect' IS real: More women under 40 are having genetic testing for the deadly BRCA gene

Medical Daily: Genetic Testing For BRCA Breast Cancer Gene On The Rise In Young Women; Does It Even Influence Treatment Decisions?
Rating: 4.5 Stars

DailyMail.com:  The 'Angelina Effect' IS Real: More Women Under 40 Are Having Genetic Testing for the Deadly BRCA Gene
Rating: 3 Stars