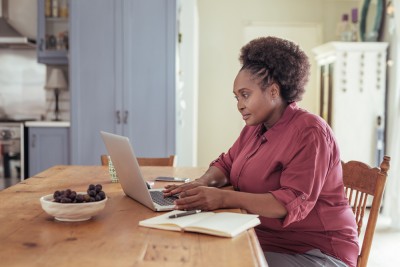 This article is most relevant for Black women

How blood sugar and insulin levels affect the risk of death from breast cancer in Black women compared to White women.

This study looks at whether insulin resistance may be one of the reasons that Black women are more likely to die from breast cancer.   Insulin resistance is treatable, so knowing whether it affects breast outcomes could help researchers find ways to improve survival for Black women.

What is insulin and insulin resistance?

Insulin is a hormone made by the pancreas that helps sugar in your blood get into cells where it is used for energy. Blood sugar levels rise after you eat. In response, your pancreas releases insulin into the blood. Insulin then lowers blood sugar to keep it in a normal range.

Sometimes cells become less responsive to insulin or insulin resistant. When this happens, the pancreas keeps making more insulin to try to get sugar into cells. Eventually, the pancreas cannot keep up and blood sugar rises.

Insulin resistance is linked to increased risk for many types of cancers. However, experts do not know why insulin resistance increases cancer risk. In addition to controlling blood sugar, insulin may cause cancer cells to grow and divide. It may also cause cancer cells to ignore signals to stop growing and die. Cancer cells often have high levels of insulin receptors, which may increase risk of a cancer growing. Anyone of these or some unknown factor may be the link between insulin and cancer.

This study looked at 87 Black women and 428 White women newly diagnosed with breast cancer.  They also looked at:

The researchers used a statistical test to see if insulin resistance may be a reason that Black women have a worse prognosis than White women. They found that:

Whether insulin resistance may be one of the factors that contributes to the association between race and breast cancer prognosis.

A total of 87 Black women and 428 White women enrolled in the study.  Clinical data recorded for participants included self-reported smoking and alcohol use, diet and physical activity, education, income and insurance.

At the study visit, participants had height and weight recorded which was used to calculate body mass index (BMI). Blood pressure was also recorded.

The study used the Nottingham prognostic index (NPI) to determine prognosis. The NPI is a number calculated following surgery for breast cancer. The NPI score is based on the size of the tumor, the number of positive and the grade of the tumor.

The researchers also looked at the levels of insulin receptor and insulin-like receptor in participants tumors.

The researchers used additional statistical modeling test to see if insulin resistance may be one factor that influences poor prognosis in Black women.

Limitations of this study included the fact that the researchers were not able to determine how long patients had insulin resistance prior to their breast cancer diagnosis. The researchers also had missing data for some patients on other breast cancer risk factors such as reproductive history.

In this study, the obesity as defined by BMI was lower in participants than would be expected for the general US population. This could be due to the fact that study participants largely resided in the east coast states of New York, New Jersey, Connecticut and Maryland. In these states, self-reported obesity by BMI is between 25 and 30 percent compared to 35 and 57 percent for women in the US. Although the exact causes of this difference in obesity are not all known, they likely  reflect differences in social and economic advantage..

Importantly the authors acknowledge that insulin resistance may be one of a number of factors that contribute to the difference between breast cancer prognosis in Black women compare to White women.

Many complex factors likely contribute to the observation that Black women are more likely to die from breast cancer compared to White women.  Data suggests that Black women are more likely to be treated differently than White women following a breast cancer diagnosis. Other barriers include include access to care, screening and treatment as well as biologic and genetic differences in tumors. In addition, research supports the link between insulin resistance and risk for many types of cancer including breast cancer. This research looked at one of the many factors that may mediate disparities in breast cancer outcomes between Black and White women.

This research looked at insulin resistance and showed that it may be one factor that affects why Black women are more likely to die of breast cancer than White women. This may be due to the effects of insulin on tumor insulin receptors.  It will be important to design future studies to look at whether lowering insulin levels improves breast cancer survival for Black women.