In the largest study of people with inherited PALB2 mutations to date, the gene was linked to increased lifetime risk of breast cancer in women and men, ovarian and pancreatic cancer but not prostate or colorectal cancer. (posted 7/1/21)

In the largest study of people with inherited PALB2 mutations to date, the gene was linked to increased lifetime risk of breast cancer in women and men, ovarian and pancreatic cancer but not prostate or colorectal cancer. (posted 7/1/21) 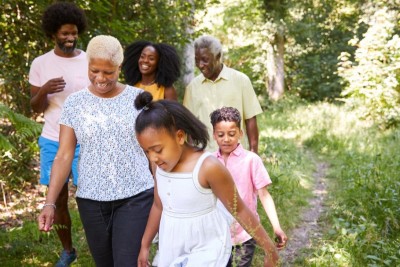 This article is most relevant for people with inherited PALB2 mutations

In this study, researchers wanted to estimate the risks of breast, ovarian, pancreatic, male breast, and colorectal cancers for people with inherited mutations.

People with an inherited mutation need to know their risks for cancer so that they can make informed healthcare decisions. Knowledge of individual risk may inform decisions about cancer surveillance, risk-reducing medicine or surgeries and possible family planning. Having a cancer diagnosis may also alter treatment options.

Among 17,906 individuals in families with an inherited mutation, the risk of breast, ovarian and pancreatic cancers was greater than the risk of family members without a mutation. Increased risk levels among the mutation carriers included:

The study identified the risks of cancer by age 80 for people with mutations:

The National Comprehensive Cancer Network (NCCN) provides risk management guidelines for people with mutations. We recommend that you speak with a genetics expert who can look at your personal and family history of cancer and can help you to determine the best risk management plan.

Pancreatic cancer screening for people with a family history

The following are risk-management studies enrolling people with inherited mutations. Check study listings or contact the study team to see if you are eligible.

Additional risk-management clinical trials for people with inherited mutations may be found here.

Inherited mutations in the gene were first linked to an increased risk of breast cancer in 2007. The protein made by the gene interacts with proteins to help cells repair (thus its name: Partner And Localizer of BRCA2). A large international research group estimated the risk of breast cancer among women with a mutation to be 14 percent by age 50 and 44 percent by age 80, based on a study of 154 families. Currently, is included in genetic testing for inherited mutations that increase breast cancer risk.

Mutations in have also been implicated in an increased risk of pancreatic and stomach cancers and possibly with ovarian and colorectal cancers as well. However, these previous studies were small and statistically unconvincing.

This study is the largest research of people with inherited PALB gene mutations to date. Because of the large number of participants, researchers could more accurately estimate the risk of multiple types of cancer for people with these mutations.

Researchers wanted to estimate the risks of male and female breast cancer and ovarian, pancreatic, and colorectal cancers for people with inherited mutations.

The family members included 8,830 women and 9,076 men. In this group, 852 women and 124 men had a mutation. The remaining family members did not have mutations. The makeup of this group allowed researchers to compare individuals with and without mutations who were from similar environmental and genetic backgrounds.

Several genetic models were considered. Risk estimates were reported for the model with the best fit, which was plus some variable impact of additional family history for breast and ovarian cancer risk. This means that risk estimates may differ depending on whether there is no family history of that cancer or more family history.

For most cancer, the model reported was a constant lifetime risk. However, for breast and ovarian cancer, a model that varied by decade of life fit better or as well as a constant risk model.

Women with an inherited mutation had a 7-fold greater risk of breast cancer compared to women without a mutation. This estimate assumes that a woman’s risk is constant over her lifetime.

The lifetime risk of breast cancer in women with a mutation was:

Men with an inherited mutation had a 7-fold greater risk of breast cancer compared to men without a mutation. This estimate assumes that their risk is constant over their lifetime.

The lifetime risk of breast cancer in men with a mutation was:

Women with an inherited mutation had a 3-fold greater risk of ovarian cancer compared to women without a mutation. This estimate assumes that risk is constant over their lifetime.

The lifetime risk of ovarian cancer for women with a mutation was:

People with inherited mutation had a 2.4-fold greater risk of pancreatic cancer compared to family members without a mutation. This estimate assumes that their risk is constant over their lifetime.

The lifetime risk of pancreatic cancer for individuals with a mutation was:

This study found no increase in the risk for or colorectal cancer.

Links to pancreatic and stomach cancer have been reported with less clear links to ovarian and colorectal cancers. Overall, not much information was available about these cancers among people with known mutations. Prior studies of PALB2-related ovarian cancer risk produced inconsistent results. Some studies showed no increase, while others found substantial risk but these were small and not statistically significant. As the most extensive to date, this study included 524 families, nearly 18,000 individuals and provides more definitive results.

Although prior studies suggested that mutations may be linked to increased cancer risk, this study found no such increased risk.

mutations substantially increase the risk of breast cancer in women and men. The risk of ovarian cancer and pancreatic cancer in men and women is also higher. Establishing the lifetime risk of cancer for people with inherited mutations allows this information to be incorporated into risk models for healthcare decision-making.

Share your thoughts on this XRAY review by taking our brief survey.
posted 7/1/21