Study: Mutations in BRCA1 or BRCA2 may increase risk for endometrial cancer

A Dutch study added further evidence that women with a BRCA1 mutation may have an elevated risk for endometrial cancer. The study found that the endometrial cancer in women with either a BRCA1 or BRCA2 mutation was more likely to be an aggressive form of cancer associated with a poor outcomes. (posted 11/30/21) 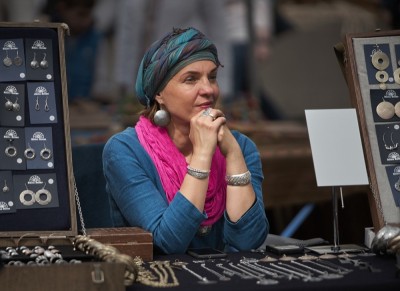 This study looked at whether women with an inherited 1 or mutation are at increased risk of developing endometrial cancer.

This study looked at the endometrial cancer risk between women with an inherited mutation who were enrolled in the Hereditary Breast and Ovarian study in the Netherlands as compared to two groups:

Among women whose family had a mutation, those who had the mutation and those who did not were followed for up to 27 years or until they died or were diagnosed with cancer.

This study showed that Dutch women with a or mutation had a slightly increased lifetime risk of endometrial cancer: 2.0-3.4 percent depending on the mutation compared to 1.0-1.4 percent among women in the general Dutch population. (Women in the US have 3 percent risk.)

Women who do not have their family’s known mutation are an excellent comparison group because they are expected to share many genetic and environmental features (more than with the general population).

Women with a or mutation who are considering risk-reducing salpingo-oophorectomy () to remove their ovaries and may also want to consider hysterectomy (removal of the uterus) at the same time. For women with a uterus, estrogen plus progesterone hormone therapy is recommended after risk-reducing removal of the ovaries and . For pre-menopausal women, hormone replacement therapy has not been shown to increase the risk of breast cancer. However, there may be some risk for post-menopausal women. Removing the uterus allows for simplified hormone replacement therapy with estrogen alone, to avoid potential risk of breast cancer.

Although the lifetime risk for endometrial cancer is very low among individuals with mutations, some women whose risk is high due to personal risk factors or family history of endometrial cancer may choose to have risk-reducing hysterectomy.

If you have a mutation and you have had risk-reducing salpingo-oophorectomy but kept your uterus, you may still have increased risk for endometrial cancer. Currently, experts do not recommend hysterectomy to reduce endometrial cancer risk for women who did not remove their uterus at the time of their .

The most common sign of endometrial cancer is abnormal vaginal bleeding. Women who have additional risks, symptoms or concerns about endometrial cancer should speak with their surgeon about the benefits and risks of hysterectomy.

People with BRCA1 or BRCA2 mutations

The researchers wanted to know if people with inherited or mutations are at greater risk for endometrial cancer.

The study looked at 5,980 women with inherited mutations:

The study compared women with mutations to 8,451 women from BRCA-positive families who had tested negative for their family's gene mutation, as well as the general population of Dutch women.

Participants were identified from the Dutch cohort (HEBON) of the Hereditary Breast and Ovarian cancer study. Women without a gene mutation were required to have a family member with a known mutation. All participants were at least age 25 (the age at which women are considered at risk for endometrial cancer) when they enrolled in the study. Women diagnosed with endometrial cancer before the start of the study or before the age of 25 were excluded.

The frequency of endometrial cancer in women with a mutation was compared to two populations:

Tamoxifen and aromatase inhibitors are a type of hormone therapy (HT) used to treat some breast cancers. However, using HT is believed to increase the risk of endometrial cancer. To test this belief, researchers looked at endometrial cancer among women with an inherited mutation who had any type of HT compared to those who did not have HT.

The following organizations offer peer support services for people with, or at high risk for endometrial cancer:

The following organizations have resources related to endometrial cancer.