Ovarian cancer accounts for more deaths than any other female reproductive system cancer. An estimated 20-25% of these cancers are due to hereditary factors such as a BRCA genetic mutation. Women with inherited predispositions face greatly increased risk of this, and possibly other cancers. A number of tests have been evaluated as screening methods for early-stage ovarian cancer but none have proven reliable.

In September 2016, the FDA released a Safety Communication recommending against the use of ovarian cancer screening tests. FORCE responded with a letter to the FDA and an official statement on the issue. 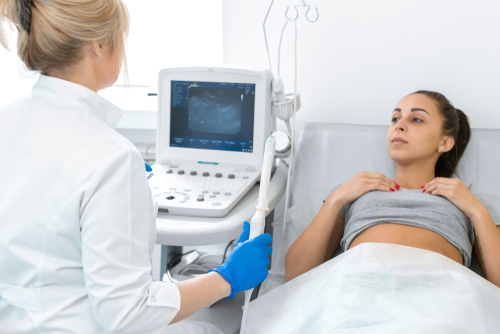 There is a great deal of interest in finding a test or combination of tests that can detect ovarian cancer at an early stage. The tests with the greatest amount of clinical data supporting their use are transvaginal ultrasound (TVUS) and the serum marker CA125 blood test. In studies of women at average risk of ovarian cancer, using TVUS and CA125 for screening led to more testing and sometimes more surgeries, but did not lower the number of deaths caused by ovarian cancer. For this reason, major medical and professional organizations do not recommend routine use of TVUS or CA-125 to screen for ovarian cancer.

Some organizations state that these tests may be considered for screening women at high risk of ovarian cancer due to a hereditary cancer syndrome. Still, it's not clear that using these tests are effective for screening. This is the rationale for the September 2016 FDA Safety Communication which recommends against the use of screening tests for ovarian cancer.

Given the limitations of ovarian cancer screening, including the risks of both false positive and false negative results, risk-reducing salpingo-oophorectomy or RRSO (a surgical procedure that removes a woman's ovaries and fallopian tubes) is recommended for high-risk women after they are done having children.

Women at high risk for ovarian cancer often have valid reasons for delaying surgery. RRSO before natural menopause can be associated with significant side effects. Many women are in their 20s and 30s (younger than the recommended age for RRSO) when they learn of their increased ovarian cancer risk. Women who know they are at high-risk but are not yet ready to have surgery are faced with a difficult situation: use the available imperfect screening tools such as CA125 and TVUS—or do nothing. Understandably, many feel that imperfect screening is better than no screening at all. For this reason, FORCE felt it was important to respond to the FDA.

Some health insurers are pushing back on coverage of ovarian cancer screening due to these and other recommendations. For high-risk women who encounter issues with insurance coverage of transvaginal ultrasound and/or CA-125, we have created a customizable sample appeal letter which makes the case that this screening is medically necessary.