The ASCENT study confirmed an earlier study and showed that the drug sacituzumab govitecan-hizy (Trodelvy) improves outcomes for people with previously treated metastatic triple-negative breast cancer. These results further support the use of Trodelvy as a standard therapy for patients with pretreated metastatic triple-negative breast cancer. (11/20/20) 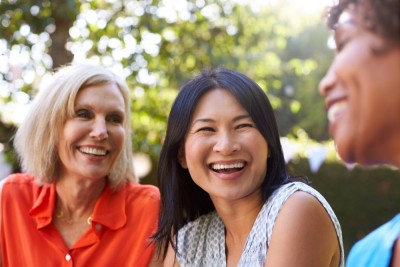 The ASCENT study, which was done to confirm results of a prior study, IMMU-132. The early-phase IMMU-132 study showed that the drug Trodelvy improved outcomes for patients living with triple-negative breast cancer.

Trodelvy is a “smart drug”

triple-negative breast cancer is aggressive. Patients have few options for treatment beyond chemotherapy. On April 22, 2020 the U.S. Food and Drug Administration () granted accelerated approval of the drug Trodelvy for the treatment of advanced, based on results of the IMMU-132 study reviewed here. The ASCENT study was conducted to verify results of IMMU-132. It confirmed that Trodelvy benefits patients with triple-negative breast cancer ().

Why are confirmatory clinical trials important?

Confirming studies are done to show how well a new treatment works after it is shown in early studies to be beneficial for patients. New drugs, such as Trodelvy, that are given accelerated approval are required to be tested in a follow-up, larger clinical trial. This is done to verify that the drug really works when it is tested on many more people in a study. The may remove a drug from the market if a confirmatory study shows that the drug does not benefit patients.

The promising research that resulted in the approval of Trodelvy was first reviewed here.

The early phase (I/II) IMMU-132 study included 108 patients with TNBC. Of the patients who took Trodelvy:

The phase III ASCENT study was done to measure how well Trodelvy works after it was shown in the IMMU-132 study found that it might benefit patients with triple-negative breast cancer ().

Identical to the IMMU-132 study, participants in the ASCENT study were to receive either Trodelvy or their doctor’s choice of chemotherapy.

On average, patients who took Trodelvy in the ASCENT study:

FDA-required labeling for Trodelvy warns about the possibility of severe neutropenia or diarrhea.

Results of the ASCENT study confirmed the earlier results of the IMMU-132 study and showed that the smart drug Trodelvy is beneficial for patients living with metastatic breast cancer.

The preliminary results of the ASCENT study were reported as a late-breaking presentation at the European Society of Medical Oncology (ESMO) Virtual Congress 2020. Full results will be presented at an upcoming medical conference.

The results of the ASCENT study confirmed the results of the early phase IMMU-132 study.  Together and for the first time, these studies showed significant improvement in survival with the smart drug Trodelvy compared to standard treatment in patients with . These important results will likely change how patients living with TNBC are treated.

If you have been diagnosed with locally advanced or triple-negative breast cancer, you may want to talk to your doctor about Trodelvy.

The National Comprehensive Cancer Network (NCCN) brings together national expert panels that create guidelines for cancer treatment. The guidelines for advanced or TNBC includes the following:

NCCN lists the following as preferred treatments for TNBC:

The following are studies looking at new treatments for people with TNBC.

A number of other clinical trials for treating patients with TNBC can be found here.