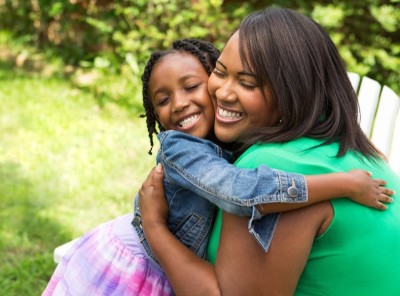 This article is most relevant for People with early-stage, triple-negative breast cancer who have a high risk for recurrence

The FDA approved pembrolizumab (Keytruda) for treatment of early-stage triple-negative breast cancer (TNBC) that has a high risk for recurrence.

TNBC is difficult to treat, and it is almost always treated with chemotherapy and surgery. Although treatment is aggressive, TNBC has a high recurrence rate within the first five years after diagnosis. Even when TNBC is diagnosed early, it returns in 30 to 40 percent of patients. Thus, there is a great need for new treatment options for patients with TNBC.

Keytruda is the first immunotherapy approved for the treatment of early-stage TNBC. It can now be used before surgery at the same time as chemotherapy. Following surgery, Keytruda is given alone.

The Keynote-522 study looked at the use of Keytruda with chemotherapy before surgery (neoadjuvant therapy) followed by Keytruda alone after surgery (adjuvant therapy). The study enrolled 1,174 patients with newly diagnosed, previously untreated, high-risk, early-stage TNBC. Patients were enrolled whether or not their tumor had the PD-L1 biomarker.

Patients were assigned to one of two groups:

The study looked at two outcomes:

The approval of Keytruda may potentially change standard treatment for early-stage TNBC.

People with early-stage, triple-negative breast cancer who have a high risk for recurrence

The National Comprehensive Cancer Network (NCCN) has guidelines for treatment of early-stage TNBC, which includes the following.

The following are studies enrolling people with early-stage, TNBC.

A number of other clinical trials for patients with early-stage TNBC can be found here.

The following resources may be helpful for people with TNBC.

PD-L1 is a protein found on some normal cells and some cancer cells. PD-1 is a different protein on immune cells. When it binds to PD-L1, it normally helps to keep immune cells from attacking other cells in the body. The binding of these two proteins tells immune cells to leave other cells alone. Some cancer cells have large amounts of PD-L1, which helps them hide from an immune attack.

Checkpoint inhibitors have shown a great deal of promise in treating certain cancers. One of these is Keytruda, which works by targeting PD-L1.

Researchers wanted to know if Keytruda when taken as neoadjuvant therapy (before surgery) and continued alone after surgery (adjuvant therapy) increased pathological complete response and event-free survival in patients with early-stage triple-negative breast cancer (TNBC) that is at high risk for recurrence.

The Keynote-522 trial included 1,174 patients with newly diagnosed, untreated, high-risk early-stage TNBC. Patients with active autoimmune disease or a medical condition that required immune suppression were not eligible to participate. Patients were enrolled in the study whether or not their tumor expressed PD-L1.

The study participants were:

Participants were randomized (2:1) to one of two treatment arms:

Researchers observed two primary endpoints. Pathological complete response (pCR), which was defined as the absence of invasive cancer in the breast and lymph nodes at the time of surgery. Event-free survival (EFS), which was defined as the period when participants were assigned to a treatment group to the first disease progression, local or distant recurrence, another primary breast cancer or death due to any cause.

Of the 784 patients treated with Keytruda:

Of the 390 patients treated with placebo:

Unlike traditional cancer treatments such as radiation therapy and chemotherapy, immunotherapy is a novel treatment that helps the immune system attack cancer cells. In studies of different types of cancer, immunotherapy has been found to have advantages over traditional therapy and for certain cancers can prolong progression-free survival (PFS) and overall survival (OS). However, because it revs up the immune system, immunotherapy may also cause severe adverse reactions. Researchers are continuing to work on identifying the best targets for different immunotherapies, improving treatment regimens and reducing toxic side effects.

The cost of immunotherapy can be substantial. Merck, the company that manufactures Keytruda, provides multiple programs that help appropriate patients access this immunotherapy. For more information visit www.merckaccessprogram-keytruda.com.

FDA approval of Keytruda to treat early-stage TNBC that has a high risk for recurrence has led to a change in guidelines for how early-stage TNBC is treated. The inclusion of immunotherapy is a significant addition to treatment options for patients with TNBC.

Share your thoughts on this XRAY review by taking our brief survey.
posted 9/2/21