Study: Promising research using a PARP inhibitor to treat metastatic breast cancer in people with an inherited PALB2 mutation or a tumor mutation in BRCA1 or BRCA2

Early results of a small study showed that women with metastatic breast cancer and an inherited  mutation in PALB2 or an acquired tumor mutation in BRCA1 or BRCA2 benefitted from the PARP inhibitor olaparib (Lynparza). (6/18/20) 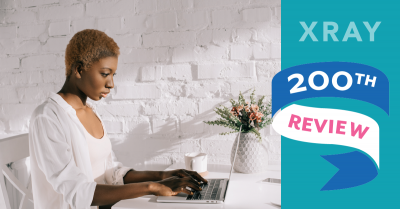 This study looked at the usefulness of the  olaparib (Lynparza) for treating breast cancer in participants who did not have an inherited  or  mutation. This study did include people with inherited mutations in other genes, such as ,  and . The study also included people with an acquired tumor mutation in ,  or other  damage response genes found through tumor  testing.

This is an early report on the "Olaparib Expanded" clinical trial, which was presented at the American Society of Clinical Oncology conference in May 2020.

People with an inherited mutation in or were excluded from this study.

27 participants had an inherited mutation in the following damage response genes:

27 participants had an acquired tumor mutation in the following damage repair genes:

Among all participants with inherited mutations:

Among participants with inherited mutations:

Among all participant with tumor mutations:

Additional research with larger numbers of patients will be needed to learn if this treatment is useful for people with:

Mutations in  or other  damage response genes (DDR genes, also known as  pathway or  genes) disrupt the cell's ability to repair  damage. Cells with a DDR gene mutation are sensitive to drugs that create more  damage such as PARP inhibitors or chemotherapy.

PARP inhibitors are a class of drugs that affect cells that have a mutated gene. They disable the ADP-ribose polymerase protein, which is part of the repair system within the cell. Tumor cells with a mutation are sensitive to PARP inhibitors and die.

In clinical trials, participants with inherited mutations who were treated with a for their breast cancer had longer progression-free survival (in which the tumor size does not increase) than with chemotherapy. Participants also had a better objective response rate (the amount of reduction in tumor size) and a better quality of life. This response was seen for both estrogen receptor-positive, tumors and those with estrogen/progesterone receptor-negative, tumors (also called or ).

Two PARP inhibitors, olaparib (Lynparza) and  () have been FDA-approved for   breast cancer in people who have inherited  mutations.

Like  and , mutations in some of the other  damage response genes are also associated with an increased risk of breast cancer. Researchers predict that breast cancer among people with inherited mutations in other  repair genes may also be sensitive to PARP inhibitors. In this study, researchers are looking at whether patients with inherited mutations in repair genes other than and or patients with a  tumor mutation in , or other DDR genes respond to the  olaparib.

Eligible participants were people with  breast cancer who:

This is a single-arm phase 2 study. The overall goal is to determine if tumors of patients with MBC respond to the treatment. Fifty-four patients were enrolled from April 2018 to Jan 2020 and all were treated with the experimental therapy.

Patients whose tumors completely or partially shrank or had no tumor growth (stable disease) continued on the study with another cycle of olaparib treatment and assessment.

Patients who had tumors that grew in size (progressed) or who had that required discontinuing treatment were removed from the study.

This is a preliminary report on the Olaparib Expanded Phase 2 clinical trial that was presented at the American Society of Clinical Oncology conference in March 2020.

3 patients left the study after the first tumor assessment, without progression of disease:

Number of participants with a mutation for each group

One participant with a BLM tumor mutation had shrinkage at their 6-week evaluation, but this patient withdrew from study before a second confirmation tumor assessment could be performed. This patient was scored as having stable disease.

One participant with a CDK12 tumor mutation had tumor shrinkage after six weeks of treatment, but this was not confirmed by subsequent evaluation, so this individual was classified as having stable disease. Disease remained stable for 6 weeks before progressing. The other participant with a CDK12 tumor mutation showed tumor progression at 6 weeks.

Adverse events were similar to those seen previously with olaparib treatment.

Participants with an inherited  mutation or a or tumor mutation showed responses to olaparib treatment across tumor subtypes, indicating that this may be useful for treatment of breast cancer in these patients. No clinical benefit was seen in participants with or mutations, although the numbers of people tested were small. This data is preliminary, and additional studies with larger numbers of participants is needed to see if these findings can be confirmed.

The National Comprehensive Cancer Network (NCCN) indicates that tumor testing can help determine if a person with breast cancer would benefit from .

The following are studies looking at PARP inhibitors as treatment for advanced breast cancer:

A number of other clinical trials for treating patients with breast cancer can be found here.