The FDA has updated reported cases of breast implant-associated cancer and breast implant illness. Included in this update is approval of a questionnaire that asks about quality of life and satisfaction with breast implants. (10/20/20). Note: On October 27, 2021 the FDA announced stronger guidance on breast implant safety. 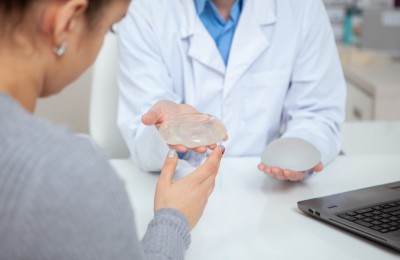 This article is most relevant for People who have or are considering breast implants.

This update is about:

Newly reported cases of breast implant-associated anaplastic large cell and breast implant illness. This new report provides an update on a prior report which was covered in this XRAY review. Note: On October 27, 2021 the announced stronger guidance on breast implant safety.

Over the years, the has received reports of harmful events linked to breast implants. Patients who are making decisions about breast reconstruction or breast augmentation should be informed of any possible link between breast implant-associated anaplastic large cell (BIA-ALCL) and breast implant illness (BII). Healthcare providers should also be aware of this association so they can properly monitor people who have breast implants.

This update reports new cases and deaths due to BIA-ALCL and new cases of BII. This update also includes the approval of the BREAST-Q Reconstruction Module, a survey tool that can be used to report on quality of life and satisfaction with their breast implants.

BIA-ALCL is not breast cancer.  It is a cancer of the immune system called . In most cases, BIA-ALCL is found in the scar tissue and fluid around the breast implant. If left untreated, BIA-ALCL can spread throughout the body.

What are the symptoms of BIA-ALCL?

How is BIA-ALCL treated?

BIA-ALCL can be successfully treated.  However, it is a serious condition. It can be fatal, especially if it is not diagnosed and treated early. Treatment usually includes surgery to remove the implant and surrounding scar tissue or capsule. Some patients may require additional treatment with chemotherapy and/or radiation therapy.

How common is BIA-ALCL?

Worldwide reported cases and deaths due to BIA-ALCL

What is the risk of BIA-ALCL?

The risk of developing BIA-ALCL is very low. People with breast implants have about a 1-in-4,000 to 1-in-40,000 risk of developing this type of . By comparison, on average, one in eight women in the U.S. will develop breast cancer during her lifetime.

What is breast implant illness (BII)?

Patients and healthcare providers use the term “breast implant illness” or “BII” to describe several symptoms that are believed to be due to breast implants.

What are the symptoms of BII?

BII symptoms vary and may be vague. The most common symptoms reported include

The period of time from implant placement to showing BII symptoms varies widely from immediately to over 40 years. On average, BII symptoms were reported about 5 years after having breast implants.

How Common is BII?

Currently, BII is not recognized as a single medical disease, and there are no tests to diagnose it. BII symptoms overlap with many other diseases, so it is hard to know how many people have BII or some other disease.

Each year in the U.S. about 300,000 people have surgery to place breast implants. To date, 3,577 cases of BII have been reported to the .  Most of these reports—2,497 (70%)—were made between November 2018 to October 2019. The increase in reporting during this period may be due to awareness of BII from the press and social media.

How is BII treated?

Along with the alert, the listed the following new resources.

Due to data collected by the on breast implants, they have issued a cautionary recall of all BioCell textured breast implants manufactured by Allergan. The recall does not mean all women with these implants should have them removed. The advises that the surgery is not worth the risk unless a person is having symptoms.  The products included in the recall are:

The recommends replacing breast implants about every 10 years. However, many experts do not recommend replacing them unless there is an issue. The longer a person has had implants the more likely they are to experience rupture, wrinkling, rippling, asymmetry, breast pain and numerous other issues that may require surgery to resolve.

If you have implants, it is recommended that you:

People who have or are considering breast implants.

The issued guidelines for use of breast implants:

The following resources can help you find plastic surgeons who specialize in breast reconstruction: