Study: A step in the development of a new breast cancer risk assessment tool for Hispanic women 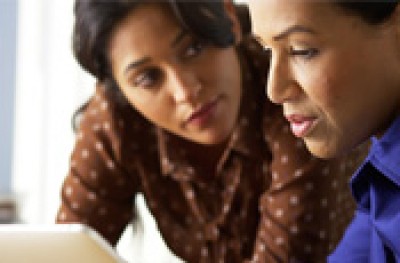 This article is most relevant for Hispanic women

A newly developed tool to estimate breast cancer risk is based on data that is specific to Hispanic women.

The current risk calculation tool used to predict the likelihood of breast cancer underestimates the risk in Hispanic women by 18%, most likely because it combines data from Hispanic women and non-Hispanic white women. Models based on data from other races and ethnicities are needed to provide more accurate risk estimates for non-white populations.

Researchers of the current study have developed a new risk assessment tool to estimate the of invasive breast cancer for Hispanic women. However, much more work needs to be done to evaluate the validity of this tool. Hispanic women should speak to their health care providers with any concerns they may have about their breast cancer risk. All women, regardless of their race or ethnicity, who have breast cancer before age 50, at any age or ovarian cancer at any age meet national guidelines for genetic testing for mutations in or other genes that increase cancer risk. Women who do not have cancer but who have a strong family history of breast or ovarian cancer should talk to their health care providers to see whether genetic counseling is right for them.

Researchers of this study wanted to:

The researchers used data from the following sources for their model:

The San Francisco Bay Area Breast Cancer Study (SFBCS) included Hispanic women, ages 35-79 who were diagnosed with a first primary invasive breast cancer between 1995 and 2002. The study included information from 1,086 women with invasive breast cancer (533 were US-born while 553 were foreign-born) and 1,411 control participants (464 were US-born while 947 were foreign-born).
The California Cancer Registry (CCR) and program were used for additional incidence and mortality information.

The researchers’ risk tool only used data from Hispanic females residing in California, so it is unknown how the tool will perform with other populations. And while different Hispanic subgroups exist in the United States, including women with different countries of origin as well as different races, the researchers categorized all Hispanic women into one group.  Additionally, the San Francisco Bay Area Breast Cancer Study (SFBCS) group included only women who were 35-79 years old.

In addition, not all risk factors were accounted for in the researchers’ model, such as breast density and genetic variants.  Additional factors could refine the model so that it accurately predicts breast cancer risk in both Hispanic women born in the United States and those born overseas. Finally, the researchers wrote that “The HRM, like the BCRAT, should not be used for certain women. It will probably underestimate breast cancer risk in Hispanic women with a personal history of breast cancer…, in women carrying breast cancer-causing mutations, and in women who received therapeutic radiation doses to the breast at a young age, such as for treatment of Hodgkin’s .”

Researchers have developed a new risk assessment tool to calculate breast cancer risk in Hispanic women who do carry gene mutations associated with hereditary breast cancer. Like the currently used BCRAT model, this model looks at risk for invasive breast cancer (stages I-IV) and not ductal carcinoma in situ ( or 0).  However, more work needs to be done to validate this new model. In the meantime, Hispanic women should discuss any concerns they have with their health care providers.