Study: A new breast cancer drug improves overall survival among people with brain and other metastases

THIS INFORMATION HAS BEEN UPDATED. On 04/17/20, the U.S. Food and Drug Administration has approved Tukysa (tucatinib) for use in combination with trastuzumab (Herceptin) and capecitabine for patients with advanced or metastatic HER2-positive breast cancer, including patients with brain metastases (disease that has spread to the brain).

THIS INFORMATION HAS BEEN UPDATED on 04/17/20:  The U.S. Food and Drug Administration has approved Tukysa (tucatinib) for use in combination with trastuzumab (Herceptin) and capecitabine for patients with advanced or metastatic HER2-positive breast cancer, including patients with brain metastases (disease that has spread to the brain). Patients who have received one or more treatments targeting Her2 in the metastic setting are eligible to receive Tukysa. Tukysa  is an oral (tablet) tyrosine kinase inhibitor which is taken twice daily. 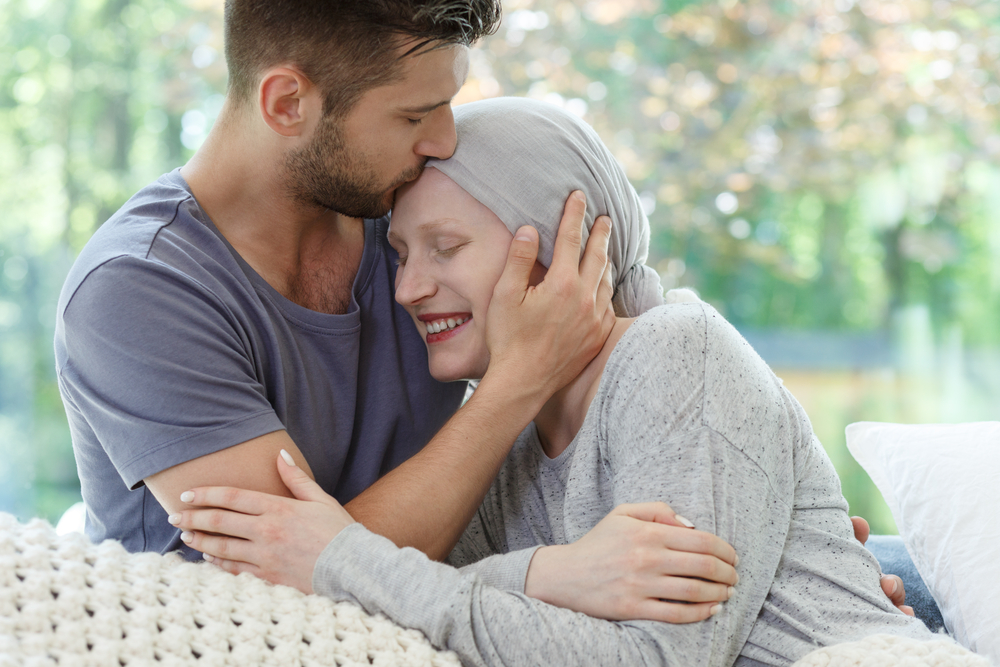 This article is most relevant for People with metastatic breast cancer

New standard likely for some metastatic HER2 breast cancer

Whether a new drug called tucatinib can improve outcomes for people with HER2-positive metastatic breast cancer.

This study tested whether a new drug in combination with standard therapy provided women with a longer time without cancer progression and longer survival. Notably, this study included participants with brain metastases (who are often excluded from clinical trials) to see if this drug improved their outcomes.

For the HER2CLIMB study, the primary endpoint was progression-free survival (PFS) or the length of time participants experience before their cancer progressed (before it grew in size or further metastasized).

If you have HER2-positive metastatic breast cancer that has progressed, you may have a new treatment option. Tukysa (tucatinib) recieved FDA approval on 04/17/20 for treatment in patients with advanced or metastatic HER2-positive breast cancer, including patients with brain metastases (disease that has spread to the brain). Patients who have received one or more treatments targeting Her2 in the metastic setting are eligible to receive Tukysa.

The following clinical trials are looking at safety or usefulness of tucatinib for HER2-positive metastatic breast cancer:

New standard likely for some metastatic HER2 breast cancer

Patients with HER2-positive metastatic breast cancer (MBC) have limited options for treatment. and, on average, survive 2 years. Researchers are seeking treatments that prolong survival or increase survival without cancer progression for better quality of life. Tucatinib is a type of drug known as a tyrosine kinase inhibitor (TKI) that specifically targets HER2. TKI inhibitors act in a different region of HER2 compared to trastuzumab (herceptin) or related drugs. A phase Ib dose study suggested that combination of tucatinib plus trastuzumab and standard chemotherapy might improve outcomes of metastatic breast cancer patients.

612 participants were enrolled from February 2016 to May 2019 from 155 locations in 15 countries. Eligible participants were patients 18 years or older with HER2-positive metastatic breast cancer who had previously been treated with trastuzumab (Herceptin), pertuzumab (Perjeta) or trastuzumab emtansine (Kadcyla). Participants included 607 women and 5 men with and without brain metastases with an average age of 54. Participants included 72% white women, 9% black women, 3.7% Asian women and 14% women with unknown racial/ethnic information.

The HER2CLIMB study was a randomized double-blind clinical trial. All participants were treated with trastuzumab (Herceptin) and capecitabine (Xeloda) as standard of care. Trastuzumab was given intravenously every 21 days, while capecitabine was given orally on days 1-14 of each 21-day period. The remainder of this review refers to trastuzumab plus capecitabine as the "combination."

Participants were randomly treated with either tucatinib or placebo as a pill twice a day throughout the study:

Participants were tested by CT, PET-T or contrast-MRI imaging to measure their disease progression at the time of enrollment, then every 6 weeks for 24 weeks and every 9 weeks thereafter until the end of the study. For participants with brain metastases at the time of enrollment, progression of brain cancer was followed by contrast MRI of the head. All imaging was evaluated by blinded independent review (reviewers did not know which patients or which drug treatment were linked to each image) using Response Evaluation Criteria in Solid Tumors  v. 1.1 as a standard guideline.

The primary endpoint was progression-free survival (PFS) or the length of time participants experienced before their cancer progressed (grew in size or metastasized further). This analysis was done with an original group of 480 participants.

At 1 year, the risk of disease progression or death was 46% lower in the tucatinib-combination group compared to the placebo group.

At 2 years, the risk of death was 34% lower for participants treated with the tucatinib-combination.

Participants with brain metastases also benefited from the tucatinib-combination treatment.

The average participant experienced a longer time until their cancer progressed:

Objective response rate refers to the rate of patients whose cancer shrink in size or become undetectable. Almost twice as many participants treated with the tucatinib-combination had their cancer shrink or disappear compared to the placebo group.

Adverse events among patients who were treated with the tucatinib-combination were diarrhea, hand-foot syndrome, nausea, fatigue and vomiting. Most of these were not severe. Diarrhea was the most common severe event. Similar types of adverse effects are seen with related TKI drugs, but they appear less frequently with tucatinib. This suggests tucatinib may be a better TKI inhibitor for breast cancer treatment.

This study reports initial findings of the HER2CLIMB trial of tucatinib. Some participants are still living; additional time is needed to determine final survival rates and outcomes.

While 30% of participants were non-white, a substantial portion of these women were of unknown or undeclared ethnicity/racial background. Non-white participants saw outcome benefits similar to white participants. However, the numbers of participants in specific racial or ethnic groups were too small to conclude if there were differences in outcomes between groups. Treating more women of color with this drug is needed to determine if it is equally helpful in all groups.

While significant improvements in progression-free survival, overall survival and objective response rates were observed, 215 deaths that were attributed to metastatic breast cancer occurred in the first year of treatment. This treatment slows but does not stop cancer for most patients. Further research is needed to improve these results.

This is a well-designed randomized, double-blind trial. Tucatinib treatment in combination with Herceptin and Xeloda seems to improve outcomes of women with HER2-positive metastatic breast cancer by increasing progression-free survival, overall survival and objective response rates, with relatively modest adverse effects. Tucatinib was approved by the FDA on 04/17/20.

METAvivor, is a non-profit organization dedicated to increasing awareness of advanced breast cancer and equity in research and patient support.

The Metastatic Breast Cancer Alliance aims to improve the lives and outcomes for those living with metastatic breast cancer and their families.

The Metastatic Breast Cancer Network is a national, independent, nonprofit, all- volunteer patient advocacy group dedicated to the unique concerns of women and men who live with metastatic breast cancer.