Study: Gaps in genetic testing and decision-making for women with early-stage breast cancer

Genetic testing for cancer risk is now more affordable and easier to obtain. As a result, many breast cancer patients are tested without ever seeing a genetic counselor. Genetic testing results affect treatment decision making, but they can be confusing, especially if patients do not receive genetic counseling. This study looks at breast cancer patients’ experiences following genetic testing and how testing results affect surgical decision making. (7/14/17) 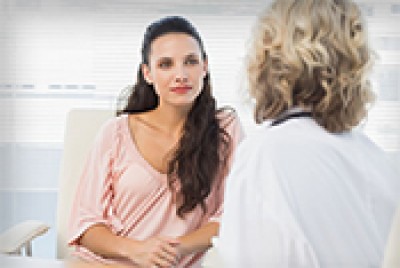 The same article was also covered by Health Day

How genetic testing results affect surgical and treatment recommendations and decisions for women who have been diagnosed with breast cancer.

Genetic testing for women diagnosed with breast cancer is becoming more common due to decreased costs, improvements in technology, media coverage, public awareness, and the recent introduction of "multi-gene panels" (genetic tests that look for mutations in multiple genes at the same time).

In women diagnosed with breast cancer, genetic testing for a or other hereditary mutation can affect surgical and treatment decisions. Women who test positive for a mutation in or other genes are also at higher risk of a second breast cancer or other cancers. Surgeons often recommend " mastectomy" (removal of both breasts) for women who test positive for a gene mutation. On the other hand, previous research shows that  mastectomy does not increase survival for average-risk women. For this reason, most surgeons recommend "breast conserving surgery" (also known as ) for treatment of breast cancer in women who do not carry a gene mutation and are not considered at high risk for further cancer.

This study looks at experiences and views of genetic testing in patients who were newly diagnosed with breast cancer. It also looks at views and attitudes of the patients’ surgeons with respect to genetic counseling, testing, and how genetic testing results affect treatment decisions.

National guidelines recommend that patients meet with an expert in cancer genetics who can interpret the test results and explain what the results mean for patients and their families.

Despite the guidelines, not all patients who undergo genetic testing receive genetic counseling before and after genetic testing. Without genetic counseling, experts are concerned that breast cancer patients may not receive all the information that they need to make informed decisions about their surgery or treatment. This study reinforced that concern. Surgeons with less experience were more likely than more experienced surgeons to recommend double mastectomy to women with inconclusive genetic test results. Additionally, many of the women who had an inconclusive genetic test result underwent mastectomy. Experts are concerned these women may have chosen double mastectomy because they were not fully informed about the meaning of their test results. According to the study authors, “Half of average-risk patients with a  undergo BLM ( mastectomy), suggesting a limited understanding of these results. These findings emphasize the need to address challenges in personalized communication about genetic testing.”

Despite this concern, there are many valid reasons why women with negative or inconclusive genetic test results choose double mastectomy after breast cancer.

Patients who receive genetic testing should discuss their results with a genetics professional to help them with treatment decisions. The role of a genetic counselor is to educate patients about genetic testing, provide information on their treatment and prevention options, and help them make informed decisions about their medical care. It is important that patients receive balanced and up-to-date information in order to make an informed decision in consultation with their health care team.

Genetic testing is becoming more common for breast cancer patients, helping patients and providers make decisions about treatment and surgery. National guidelines recommend that patients see experts known as genetic counselors before and after genetic testing. However, experts are concerned that there are not enough genetics experts to meet the growing need.

Allison Kurian, MD and colleagues from Stanford University School of Medicine and other institutions published work in the Journal of Clinical Oncology that examines how genetic testing results affect treatment decisions for patients with breast cancer. They also surveyed surgeons on their recommendations for mastectomy versus based on their patients’ genetic test results.

How genetic testing results affect surgical and treatment recommendations and decisions for women who have been diagnosed with breast cancer.

The 666 women involved in this study were identified by Surveillance, Epidemiology, and End Results () registries from Georgia and Los Angeles County. These women were between 20 and 79 years old, were diagnosed between 2014 and 2015 with 0-II breast cancer, and reported that they already had genetic testing. The study included 57% non-Hispanic whites, 18% blacks, 14% Hispanics and 9% Asians.

Surgeons were also surveyed. They responded about the number of new patients with breast cancer they treated in the past year and their confidence in discussing the pros and cons of genetic testing with their patients. Regarding patients who were candidates for genetic testing, surgeons were asked how often they referred women for genetic counseling ordered testing without a referral for genetic counseling, and delayed surgery until test results were obtained. Surgeons were also asked whether they would offer breast-conserving treatment as a reasonable option for someone with a or 2 mutation or if they would manage a patient with a in the same way they would manage a mutation carrier.

Of the 666 women who participated in this study, 53 had a mutation in , , or other gene known to increase cancer risk; 59 had a (); and 463 had no mutation (pathogenic or ) in any of the genes tested. The remainder of the 666 women did not report their genetic testing result.

The patient survey data used in this study may include inaccuracies due to errors in recall. Patient medical records were not reviewed to validate how well they remembered details about their situation or care. The study did not look at other reasons why patients may have chosen double mastectomy or the degree that they were involved in the decision-making process. Additionally, while the study began with 666 women, only a relatively small sample size, 53 carried a , and only 59 had a . Because the study was conducted in Los Angeles and Georgia, the results may not apply to other areas in the United States.

Previous research indicated that mastectomy does not increase survival for average-risk women. For this reason, most surgeons recommend for treatment of breast cancer in women who do not carry a gene mutation and are not considered at high risk for further cancer. However, mastectomy does reduce the risk of a second breast cancer diagnosis. This is particularly relevant for women who carry a mutation in BRCA1/2 or another gene that increases breast cancer risk. The study authors write that, “It is essential that patients understand the meaning of their results and that [bilateral mastectomy] be discussed with mutation carriers but not recommended for women with negative or results.” This study suggests that a substantial number of women with breast cancer who have genetic testing and carry a are having mastectomy.

Additionally, some surgeons are treating their breast cancer patients who carry a as though they carry a that is known to increase cancer risk. While each patient should have a personalized care and treatment plan that is best for them, patients should make sure that they discuss their genetic testing results with a genetics professional. The results of this research highlight the challenge of including rapidly advancing genetic testing technology into personalized breast cancer treatment.

The same article was also covered by Health Day

Stunning allegation: Half of all mastectomy patients do NOT have cancer gene; Misreading data?

Crime Online: Stunning allegation: half of all mastectomy patients do NOT have cancer gene; misreading data?
Rating: 3.0 Stars