Personal Story: Why one woman passed on genetic testing

What are reasons to get or not get genetic testing? Cynthia Graber gives her thoughts on the matter in her Wired opinion piece, "Why I Won't Get the Genetic Test for Breast Cancer." (11/15/16) 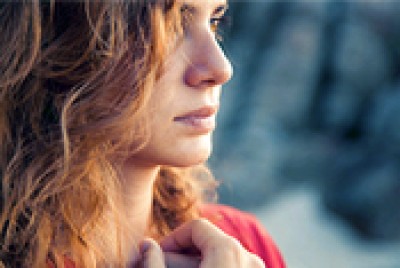 What factors into your decision on whether or not to get genetic testing?

Cynthia Graber offers her thoughts on that question in her Wired opinion piece, “Why I Won’t Get the Genetic Test for Breast Cancer.”

Why she was thinking about genetic testing:

In her piece, she talks about her mom calling her one day urging her to get tested for the mutations. Cynthia is an woman with some history of breast cancer on her dad’s side of the family (her dad’s great aunt and cousin both died of breast cancer). “She insisted. I immediately said no,” Cynthia writes. She recognizes that there is an increased likelihood of getting cancer for people with those gene mutations. Women in the general population have about a 12% lifetime chance for developing breast cancer. Women who carry a mutation have about a 45-65% lifetime chance for developing breast cancer. Their likelihood of developing ovarian cancer increases also—women generally have about a 1% chance of developing ovarian cancer compared to about 10-40% likelihood for women with a mutation.

Additionally, Cynthia’s ancestry puts her at a higher chance for having inherited the mutation than the general population. An estimated 1 in 300-500 people in the United States has a mutation.  In the population, it is 1 in 40 people.

Why she won’t get the genetic test for breast cancer:

Cynthia knows that research shows surgery that removes breasts and ovaries in women at high risk of developing cancer greatly reduces their chance of developing cancer in the future. But then, she rightly says that, “every BRCA-positive woman has to weigh the strength of that survival data against the repercussions of surgery.” She talks about losing sensation in her breasts— “a crucial part of my sexual enjoyment.” She notes that after taking out her ovaries, she wouldn’t be able to have children. Also, it will put her into early menopause, which research has suggested may increase a woman’s chance of bone weakening and cardiovascular disease.

Surgery is not for her. But what about having twice-yearly breast cancer screening? This is also not for her because the chance of finding something on a scan increases greatly when someone is getting frequent mammograms and MRIs. She writes, “patients tend to pounce on those shadows. After years of tests and biopsies, some women give in and remove their breasts.”

She interviewed Barry Kramer, the director of the NCI’s division on cancer prevention, for her piece, who then talked about how the number of women undergoing mastectomies have increased even though there has not been much evidence pointing to a survival benefit. But the “patients are petrified,” he says. So “they take drastic, potentially harmful-and sometimes unnecessary-action.”  Earlier in the article, she notes that there is evidence that surgery increases survival in women with mutations.  This is likely a reference to well established survival benefit of risk-reducing removal of the ovaries and .

Ultimately, because of her limited family history of breast cancer and lack of history of ovarian cancer, she chose not to get testing because of what it would mean to her. A positive test would not make her want to get any surgeries. What a positive test would feel like to her though, is “hefting a sword, dangling it by a frayed thread above [her] head, and waiting for it to fall.” She says she is more afraid of living like that than she is of cancer.

It’s important to note that she has not had breast cancer and there is not a known mutation in her family.  Under these circumstances many women make a different decision. However, family cancer history can change if more relatives are diagnosed with breast or ovarian cancer, or if a close family member discovers they carry a mutation in . In these cases, people who previously decided against genetic testing may change their mind.  Discussing your family cancer history in light of any new cancer diagnosis is important for anyone concerned that the cancer in their family might be hereditary.

Should you get genetic testing?

Cynthia has very valid reasons to not get genetic testing based on her principles and what she wants from life.

However, it should be emphasized that these are her personal reasons and choices.

As she mentions in the article, she spoke with a woman, “who decided, after much agonizing, to take the test and then remove her breasts and ovaries. She didn’t regret it.” While Cynthia fears the results of a positive test looming over her life, other women want to know their risk so they can be proactive and either remove their breasts and ovaries, take risk-reducing medications, or get more frequent cancer screening.

What are the signs of ?

Typical signs that a mutation linked to hereditary breast and ovarian cancer may run in your family include:

More than one relative on the same side of the family with any of these cancers:

The cost of genetic testing has been declining over the past few years, and many insurance policies cover genetic counseling and testing for women with a family history of cancer.

Lack of a strong family history of cancer or cancers at a young age does not mean a person does not carry a mutation. Certain aspects can mask a family history, such as a small family size and sex differences in some cancer mutations. mutations tend to affect women more profoundly than men simply because women have more breast tissue and men do not have ovaries—the two main cancers that are associated with mutations. Because of this, a mutation can easily go unnoticed in men.  But it is important to remember that men with mutations have an increased risk of male breast cancer, cancer, pancreatic cancer, and melanoma. The presence of these cancers in men in the family can also be a sign of . Men who carry mutations in have a 50% chance of passing it down to their sons or daughters, so it is critical to pay attention to cancer history on both sides of the family.

Cynthia does not mention whether or not she had genetic counseling before she made her decision.  Experts recommend people who are concerned that the cancer in their family might be hereditary consult with a genetics expert. A genetic counselor will look at a person’s personal and family history of cancer, and give them information on the current recommendations for risk management.  Talking to a genetic counselor or other genetics expert before testing can help a person decide if genetic testing is right for them.  In the case of a person with a family history of cancer but no known mutation, a genetic counselor can help identify the best person in the family to test first.

Getting genetic testing is a personal decision. Cynthia’s piece should not be used as a reason to not pursue testing. If a person is still unsure about genetic testing after thinking about it and discussing it with a genetics expert, then it makes sense to not get genetic testing at that time. The important thing is that each person makes the decision that they are comfortable with.

People considering genetic testing and people who are Ashkenazi Jewish