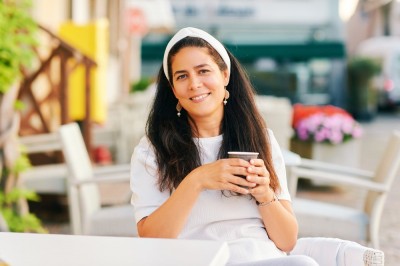 This article is most relevant for Women with breast cancer who drink coffee or tea.

This study looks at how drinking coffee or tea affects the survival of people who are diagnosed with 1, 2 or 3 breast cancer.

Many people regularly drink coffee and tea. This study finds that these beverages are not harmful and may be linked to a lower risk of death after a breast cancer diagnosis. For breast cancer survivors who are concerned with how diet affects their chance of cancer returning, this study adds some clarity to one part of daily life.

This study looked at coffee and tea intake among 8,900 participants with 1, 2 or 3 breast cancer. Participants self-reported their breast cancer diagnosis, which was then confirmed by medical records and pathology reports. Every four years for up to 30 years, participants were asked to complete a food frequency questionnaire (FFQ) describing what they ate and drank. The average follow-up time was 11.5 years. Death reports were confirmed by death certificates and medical record reviews by physicians for the cause of death.

Drinking coffee lowers the risk of dying from breast cancer

Drinking tea and the risk of dying from breast cancer

Participants who drank more tea had a lower risk of dying from any cause than those who did not drink tea. (Their breast cancer survival was not improved or worsened.)

Coffee and tea consumption before a breast cancer diagnosis was not linked to breast cancer-specific death. In other words, how much coffee a person drank before diagnosis did not affect their breast cancer survival.  One exception was an increased risk among participants who drank more coffee before being diagnosed but drank less coffee after they were diagnosed.

Researchers mentioned several factors with impacts on survival that could not be separated from coffee or tea intake. Participants with higher coffee consumption after diagnosis were also:

Researchers tried to account for the potential effect of other factors in their analysis. However, the findings regarding coffee or tea consumption may be due in part to these confounding factors.

Overall, this is a well-designed and appropriately analyzed study. The researchers were careful to point out weaknesses as well as highlight major findings.

Ask your healthcare provider whether drinking coffee or tea is okay for your situation and health history. Some people need to avoid caffeine from coffee, tea or other sources for other medical reasons.

Women with breast cancer who drink coffee or tea.

Coffee and tea are some of the most commonly consumed beverages worldwide. Both contain many active ingredients, including caffeine, which is the most well-known active ingredient. Coffee, tea and caffeine have been linked to improved insulin sensitivity, reduced inflammation and antioxidant activity. Each of these factors has been suggested to improve cancer prevention.

Coffee has been implicated in protection against liver and endometrial cancer, however, the effect of coffee or tea on breast cancer has not been clear. Previous findings regarding these beverages and breast cancer outcomes have been contradictory. In several studies, drinking coffee before a diagnosis of breast cancer was not linked to more or less cancer-specific deaths or deaths from any cause. On the other hand, in the Cancer Prevention Study II, the level of coffee consumption before a breast cancer diagnosis was linked to lower breast cancer death in nonsmokers.

In this study, researchers look at the association between coffee and tea consumption and breast cancer in two large groups of women: participants in the Nurses' Health Study and the Nurses' Health Study II. Participants in these studies reported beverage consumption along with many other dietary and health factors both before and after their breast cancer diagnoses.

Researchers wanted to know whether coffee or tea consumption affects the chance of death due to breast cancer or to any other cause.

This study looked at information from 8,900 participants with breast cancer (stages 1 to 3) from the Nurses’ Health Study (NHS) and the Nurses’ Health Study II (NHSII). Participants were excluded if their diet information was missing at the time of the survey 12 months after diagnosis, their total energy intake was unusually low or high (below 600 or above 3,500 kcal/day), more than 70 food items or all coffee and tea questions were left blank on the food frequency questionnaire (FFQ), they had been diagnosed with any cancer other than non-melanoma skin cancer prior to their breast cancer diagnosis or they were diagnosed initially diagnosed with 4 cancer.

Researchers looked at coffee and tea consumption using a validated food frequency questionnaire (FFQ) given before participation and every four years after breast cancer diagnosis for up to 30 years (the average follow-up time was 11.5 years). Coffee or tea consumption was separated into regular or decaffeinated groups and then broken down by the average amount consumed per day: more than three cups, two to three cups, 0 to two cups or none.

Participants self-reported breast cancer diagnoses on health questionnaires every two years. Cancer diagnosis and type, and treatment were confirmed by medical records and pathology reports. In some cases, tissue samples were used to determine the presence or absence of tumor biomarkers. Death reports were confirmed by death certificates and medical record reviews by physicians to determine the cause of death. Participants were followed after returning their first FFQ before a breast cancer diagnosis through the end of the study (June 1, 2014, for NHS and June 2, 2015, for NHSII) or death.

Participants who drank more coffee had a lower risk of dying from any cause than those who did not drink coffee.

Drinking tea and risk of dying of breast cancer

Participants who drank more tea had a lower risk of dying from any cause, but not specifically of breast cancer than those who did not drink tea.

Type of cancer and coffee or tea consumption

Greater coffee consumption was related to better survival of participants whose cancer had certain tumor markers:

Lack of impact of coffee consumption before breast cancer diagnosis

However, findings were different for participants who drank more coffee before their breast cancer diagnosis and then drank less coffee after diagnosis.

Researchers cannot explain why this change in coffee consumption increased risk. Nor could they distinguish this from other possible factors that are varying in the same way.

Human research is complicated because researchers cannot always vary a specific aspect of a person's life or diet. Several things that vary at the same time are called confounding factors; it can be difficult to tell which factor is responsible for a particular effect on health.

and less likely to:

Overall, this was a well-designed and appropriately analyzed study. The researchers were careful to point out weaknesses of their interpretation as well as highlight major findings.

A few smaller studies have also looked at coffee consumption after a breast cancer diagnosis. The findings in this study are similar to a prior study of 576 women with ER-positive cancer who were treated with tamoxifen, drank two or more cups of coffee a day and had improved survival. However, some previous research conflicts these conclusions: a study of 96 women saw worse survival with more coffee consumption.

Overall, this study builds on our knowledge about the impact of coffee and tea consumption on breast cancer.

Share your thoughts on this XRAY review by taking our brief survey.
posted 8/31/21