Women diagnosed with invasive breast cancer have a number of surgical options. They can have breast-conserving surgery (lumpectomy) with radiation, a unilateral (single) mastectomy to remove only the tissue from the cancerous breast, or a contralateral prophylactic mastectomy (CPM), which removes both breasts. A new study finds that more women are opting for CPM, yet overall survival for these patients is not increasing. (5/3/2016) 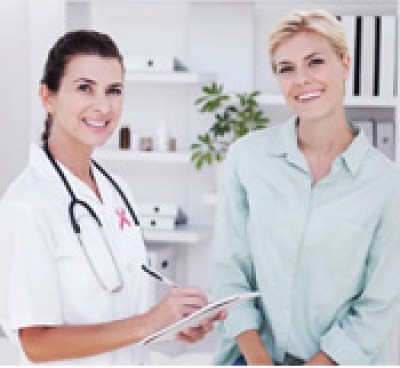 Preventive double mastectomy rates have tripled in 10 years, and experts aren't sure why

Whether invasive breast cancer patients who elect to have contralateral prophylactic mastectomy (risk-reducing removal of a woman’s healthy breast when her opposite breast has breast cancer) have increased survival compared to women who have breast-conserving surgery () with radiation or mastectomy only in the treated breast.

Why is this study important? Contralateral prophylactic mastectomy is an invasive surgical procedure that puts women at risk for complications such as infection. After diagnosis, some women are at high risk for a second breast cancer due to an inherited mutation in or another gene that increases breast cancer risk. However, according to the study authors, “the majority of women undergoing CPM are at low risk for developing a .” Study authors reasoned that women who already have a low risk for a second breast cancer are unlikely to see a survival benefit by removing their healthy breast.

Although CPM does not reduce the risk for dying of cancer, it does reduce the chance of a second breast cancer diagnosis, especially in high-risk women. This is particularly true for women with , other cancer-causing mutation, or a strong family history of cancer. In this study, researchers focused on survival, but women also choose CPM for other reasons. The decision on risk-reducing mastectomy is highly personal. Discuss all your options with your health care providers to decide which procedure is best for you.

In March 2016, Stephanie Wong and colleagues from the Harvard School of Public Health and other institutions published a study in Annals of Surgery that looked at the increasing rate of CPM, and assessed if it correlated to an improvement in survival.

Do increases in contralateral prophylactic mastectomy rates in women with invasive breast cancer result in longer survival for these patients?

This study used data from the (Surveillance, Epidemiology, and End Results) database, including 494,488 women who had stages 1, 2 or 3 unilateral breast cancer and were diagnosed between 1998 and 2012.

This study used previously collected information from women through the database—research using databases such as is useful in designing controlled studies, which compare how different treatment options affect survival. Because the researchers did not collect the data themselves, they did not have all information about these women, such as their risk factors (genetic information, family history, other medical issues), socioeconomic status, or other potentially pertinent factors. The researchers also did not know the receptor status of these patients (positive or negative), procedure preference of their surgeons, or what treatments these women had.

This study suggests that in general, CPM provides no survival benefit in most women with invasive breast cancer. Additionally, a study done by Alison Kurian and colleagues from Stanford University and other institutions found similar results in Californian women, where “use of mastectomy increased significantly throughout California from 1998 through 2011, and was not associated with lower mortality than that achieved with breast-conserving surgery plus radiation.” However, they did find that women who underwent unilateral mastectomy had higher mortality than women who underwent mastectomy or breast-conserving surgery plus radiation.

It is important to remember that there are groups of women—carriers of or other mutations and women with a strong family history of breast cancer—who do see a survival benefit from CPM. Women have different reasons for choosing or not choosing CPM; survival is one reason but other reasons are equally valid. Ultimately, women should speak with their health care provider to make sure they understand the risks and benefits of CPM, and to determine what plan of action is most appropriate for them.

Preventive double mastectomy rates have tripled in 10 years, and experts aren't sure why

The rate of double mastectomies has tripled In 10 years: study

TIME: The rate of double mastectomies has tripled in 10 years: Study
Rating: 3.5 Stars