Inherited mutations in the BRCA1 and BRCA2 genes are linked to a high lifetime risk of breast and other cancers. This study shows that women who know that they have a BRCA mutation before they are diagnosed with breast cancer have improved outcomes including diagnosis at earlier stages and improved overall survival. (10/26/20) 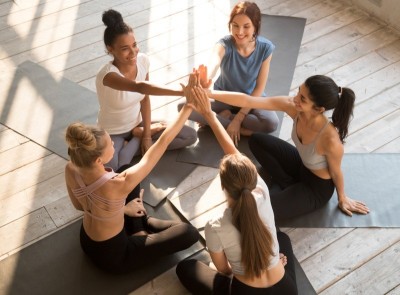 This article is most relevant for Young women with, or at high risk for an inherited BRCA mutation

Whether knowing that you have a mutation affects your breast cancer diagnosis and survival.

Genetic testing for inherited mutations that affect cancer risk is more common than ever before. Knowing that you have a harmful mutation in a gene that increases your risk for breast cancer may affect decision-making about breast cancer screening and treatment for you and your doctor. This study shows that knowing about an inherited mutation before breast cancer occurs improves outcomes with diagnosis at earlier stages and improved overall survival.

Early detection of breast cancer is linked to better outcomes. Women who know that they have an inherited harmful mutation in or would be counseled about surveillance and prevention options. They can choose to increase surveillance for breast cancer, take medication to reduce their risk or consider risk-reducing mastectomy (RRBM). However, most people with mutations decline RRBM and risk-reducing medication.

Women in the pre-diagnosis group had better overall survival

This is the first report of a survival advantage among women who knew their status and declined risk-reducing mastectomy. This study supports the idea that early surveillance with may be beneficial for women with inherited mutations.

If you have a family history of breast, ovarian, pancreatic or cancer, you may want to consider genetic testing for an inherited mutation in or other breast cancer gene. Knowing that you have an inherited gene mutation may be helpful in determining the best plan for surveillance and prevention with your healthcare provider. You may want to consider screening for breast cancer with testing in addition to .

If you know that you have a mutation in a gene and are later diagnosed with breast cancer, your breast cancer is more likely to be diagnosed at earlier stages and linked to improved survival than if you learn your status after your diagnosis.

If you are diagnosed with breast cancer, knowing whether you have a mutation may also affect your treatment plan.

Because this study looked at outcomes only in people with mutations, more research is needed to learn if these results apply to people with other mutations that are linked to breast cancer.

Young women with, or at high risk for an inherited BRCA mutation

Inherited mutations in and are linked to a high lifetime risk of breast, ovarian and related cancers. However, some women are not diagnosed with an inherited mutation until after their breast cancer diagnosis. This happens most often in people with no strong family history (perhaps due to small family size or few female relatives with the mutation). These women would have had general guidance about breast cancer surveillance and prevention.

In contrast, women who know that they have an inherited harmful mutation in or would be counseled about surveillance and prevention options. They can choose to increase surveillance for breast cancer or consider risk-reducing mastectomy (RRBM) to reduce their risk. However, the majority of people with mutations decline RRBM.

This study looked at medical information for 105 women diagnosed with an inherited mutation seen at the Sha'are Zedek Medical Center in Israel from 2005 to 2016. In this study, 83% of women were of heritage. The average age at time of breast cancer diagnosis was 50 years.

All patients had counseling for surveillance and prevention based on standard guidelines for those with known mutations, including the option of risk-reducing mastectomy (breast removal) and risk-reducing salpingo-oophorectomy (ovary and removal).

Women in the pre-diagnosis group had better overall survival.

"These results provide further support for BRCA1/BRCA2 screening in unaffected women, particularly in populations such as Ashkenazi Jews with high BRCA1/BRCA2 carrier rates."

Knowing about an inherited or mutation before a breast cancer diagnosis is linked to earlier diagnosis, less aggressive treatment and better overall survival. While this study did not directly test why women who knew about their mutation had better outcomes, it does suggest that increased surveillance with may be beneficial for women with mutations.