Study: More is not better: PARP dose can be safely reduced for people with ovarian cancer

Maintenance therapy with a PARP inhibitor is now the standard of care for many people with advanced or recurrent ovarian cancer. However, PARP inhibitors may have significant side effects. This study shows that reducing the dose of a PARP inhibitor does not affect survival. (Posted 11/8/22) 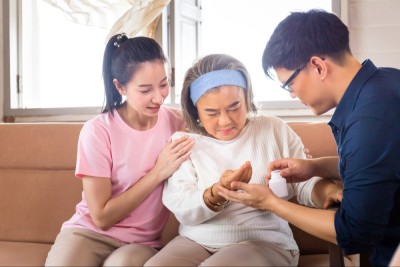 This study is about whether the maintenance dose of the olaparib (Lynparza) can be reduced for people with ovarian cancer who have an inherited or mutation.

Dose reductions are common during using a due to significant adverse effects. It is important to understand whether dose reductions decrease the effectiveness of olaparib therapy and to identify the factors that cause dose reductions.

The SOLO2 trial looked at whether people who had recurrent ovarian cancer and an inherited or mutation benefited from olaparib. Following chemotherapy, participants took either the olaparib or a . Participants who received olaparib had significantly longer periods before their cancer progressed and better overall survival than those who received a .

However, almost all participants who received olaparib during SOLO2 experienced adverse effects that resulted in dose interruption, reduction or discontinuation. Researchers looked at a subset of people from the SOLO2 trial and asked whether those who had reduced doses of olaparib had different outcomes than those without dose changes.

The researchers wanted to determine whether patients taking varying dosages of olaparib had different rates of disease progression (a relapse). Currently, the standard dosage of olaparib for is 300 mg twice a day. However, patients could have reduced, interrupted or discontinued olaparib treatment.

Throughout the SOLO2 study, almost all (95%) participants altered their dose of olaparib. Among participants, 50 percent interrupted treatment, 28 percent reduced their dosage and 17 percent discontinued treatment.

Researchers divided participants into three groups based on how much their dose of olaparib was reduced compared to a standard dose during the first 12 weeks of treatment:

Researchers followed these groups to determine whether patients taking different dosages of olaparib had different rates of disease progression (relapse). Individuals whose cancer does not progress or grow are said to have progression-free survival (PFS). Researchers also assessed overall survival (OS) of the participants. Researchers looked at the dose of olaparib that participants received at two time points: 12 weeks and 24 weeks after they began treatment.

Among the 196 participants assigned to receive olaparib, 185 had no disease progression after 12 weeks of olaparib treatment:

After 24 weeks of olaparib treatment, 159 participants still had no disease progression. Among these

The researchers concluded that reducing the dose of olaparib does not change progression or overall survival.

If you have ovarian cancer, an inherited or gene mutation and a platinum-sensitive disease, olaparib after chemotherapy may be beneficial for you.

Researchers wanted to know whether the dose of the olaparib (Lynparza) during long-term for ovarian cancer affects treatment outcomes.

The study population was a subset of the SOLO2 study. Researchers enrolled 196 patients age 18 and older who had ovarian, , high-grade endometrioid or primary peritoneal cancer. All participants also had an inherited or mutation and received platinum-based chemotherapy for their cancer recurrence.

After completing chemotherapy, participants were given with the olaparib. If their tumor did not grow after 12 weeks of olaparib therapy, they were included in the subset evaluated in this study. Racial and ethnic demographic information of the study participants was not reported.

Researchers asked what dose of olaparib was prescribed and dispensed, as well as what dose was taken by the participants. Participants were divided into three categories based on the dose of olaparib they took relative to the standard dose of 300 mg twice a day in the first 12 weeks of the study:

The researchers looked at patients’ Eastern Cooperative Oncology Group (ECOG) performance status (a measure of how well a patient is able to perform ordinary tasks and carry out daily activities), age, body weight, time since the last platinum-containing chemotherapy treatment, baseline level (a blood test for a cancer ), the number of previous lines of cancer therapy, the time between chemotherapy completion and starting olaparib and the number of baseline tumors. Patients reported symptoms of nausea and vomiting and functional impairment at the start of the study.  Researchers tracked any adverse events during the study.

However, among the 185 progression-free participants:

After 24 weeks of olaparib treatment
At 24 weeks after starting olaparib (and after 12 weeks of being on a reduced dose), 159 participants still had no disease progression.

Maintenance olaparib therapy after chemotherapy for ovarian cancer is a long-term treatment and side effects occur in many patients. Side effects can lead to the need to reduce doses or interrupt therapy. Altering a treatment raises concerns about its effectiveness.

Other approaches with other PARP inhibitors have been studied. For example, with the niraparib () a lower dose may be prescribed for patients with lower weight and lower platelets the so called “weight and plates” approach.  This approach could highlight patients that would benefit from starting at a lower dose but it is not widespread yet with olaparib use.

Patients and their health care providers need research that provides guidance not just at the onset of therapy, but also shows whether dose adjustments can lower the amount and severity of side effects without impacting efficacy.

Initial research on whether dose reductions and treatment interruptions interfere with the effectiveness of maintenance olaparib therapy for ovarian cancer is encouraging. This study found no evidence that dose reductions and treatment interruptions lead to worse outcomes, but further research is needed to better understand the implications of modifying olaparib when needed to manage side effects.

Share your thoughts on this XRAY review by taking our brief survey.
posted 11/8/22

The following NCCN recommendations are for for women with ovarian cancer who have had a complete or partial response to first-line therapy:

Olaparib dosage can be reduced without affecting survival in ovarian cancer

ESMO Oncology News: No impact on survival from dose reduction and interruption for the management of olaparib associated adverse events
Rating:  2.0 Stars