MRI and mammograms are used together to detect breast cancer in high-risk women who test positive for a BRCA or other gene mutation that increases the risk for breast cancer. For women with a family history of breast cancer but no known genetic mutation, increased screening is recommended. But what method is best? A recent clinical trial in the Netherlands compared MRI and mammography for this population. (8/15/19) 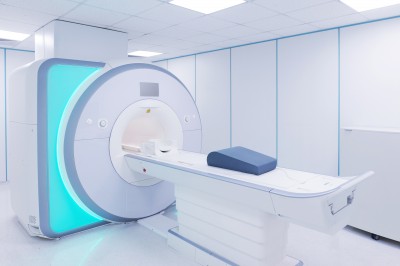 whether or mammograms are better at detecting cancers in women with a family history of breast cancer but no known genetic mutation.

Prior studies show that plus is more effective than alone for detecting breast cancer in high-risk women. The FaMRisC study is the first to compare breast and mammograms for breast cancer detection in women with a family history of breast cancer.

If you have a family history of breast cancer and you do not have a mutation in a gene associated with breast cancer (e.g. , , , , , , , , , , or genes), you may still benefit from breast cancer screening by . appears to detect breast cancers at earlier stages, at smaller sizes, and more frequently before node involvement occurs. You may have more results with . The expectation is that this early detection may improve outcomes, as expected from related studies, although the data from this study is still incomplete.

Fifteen percent of all women with breast cancer have a family history of the disease but have no known mutation associated with increased breast cancer risk. Several trials that looked at adding to as a screening method showed that breast cancer cases were detected earlier than with alone. However, these were not trials and was done at the same time as . Additionally, these trials did not determine how breast density affected results.

Current NCCN guidelines in the United States recommend annual and clinical breast exam with for women 30 or older who have a lifetime risk of breast cancer of 20% or more. However, in other countries these recommendations vary. In the Netherlands and U.K., is only recommended for women with or mutations.  For this study, researchers want to know how compares to at detecting breast cancer for women with familial breast cancer.

whether or  are better at detecting cancer in women with a family history of breast cancer but without a known genetic mutation.

This trial enrolled 1,355 women from 12 outpatient breast cancer clinics or family cancer clinics from 7 academic medical centers in the Netherlands between Jan 1, 2011 and Dec 31 2017. Participants were 30-55 years of age with a lifetime risk of breast cancer of 20% or higher based on family history. Women with a known inherited mutation in , or were excluded because surveillance is already recommended for them. Women with previously diagnosed invasive breast cancer were also excluded. One woman in the group was diagnosed with an invasive breast cancer after randomization and before initial screening and was excluded. After randomization, the total number of participants was 1,354: 674 in the group and 680 in the group.

Participants were to one of two groups:

The average number of screening rounds was 4.3 screenings per person. Participants were followed for an average of 5.2 years after joining the study.

A clear limitation of as a screening method is the frequency of results. These results require further testing and biopsies to rule out an invasive cancer diagnosis. On the other hand, the rate of detecting earlier, node negative cancers suggest that screening may lead to improved outcomes in terms of mortality. The researchers note that they intend to follow up with mortality data in the future.

Another potential problem is that uses a gadolinium tracer, which carries a small chance of very small amounts being retained in brain tissue. This is not known to cause harmful effects.

was better at detecting cancers in most breast tissue (groups A-C) than . Contrary to the researchers’ expectation, was not significantly different from at detecting breast cancers in the group of women with the most dense breast tissue. Similar numbers of cancers were detected by both methods, suggesting that neither method is better or worse than the other. The numbers of breast cancers in each breast density group were small, which may have limited the ability to observe small differences. Additionally, compared to , produced far more false positives among women with extremely dense breasts. This may limit its usefulness among this population.

The researchers concluded that detected breast cancers at earlier stages than and at all but the most extreme breast densities. One drawback is that screening led to more false positives than . Overall, may improve detection for high-risk women who do not have known genetic mutations.

The National Comprehensive Cancer Network (NCCN) establishes guidelines for women with increased risk (a lifetime risk for breast cancer of 20 percent or more). The guidelines recommend the following screening:

The U.S. Centers for Disease Control and Prevention () runs the National Breast and Cervical Cancer Early Detection Program. The program provides breast and cervical cancer screening and diagnostic services for low-income, uninsured, and underserved women in all 50 states, the District of Columbia, six U.S. territories, and to 13 Native American/Alaska Native tribal organizations