PALS Act moratorium extended through 2020. Annual mammograms for women age 40 and over are protected for another year.
The moratorium was set to expire at the end of 2018, but our champions in Congress, with special help from Reps. Debbie Wasserman Schultz (Florida) and Rosa DeLauro (Connecticut), extended the moratorium until December 31, 2020. As such, insurance coverage with no copay for screening mammography for women ages 40 and over remains protected for one more year. The "Stop the Guidelines" Coalition will be connecting in the coming months to seek a longer-term solution for this issue. Read below for the history of this issue. 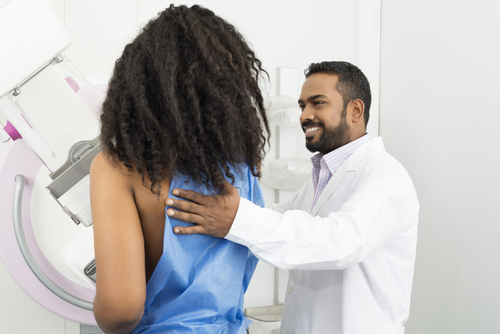 The United States Preventive Services Task Force (USPSTF) is a government-supported independent panel of experts that reviews and develops recommendations on select preventive health services. The USPSTF recommendations are used to guide which preventive services are covered at no cost to patients under the Affordable Care Act.

On January 12, 2016, the Task Force released new Breast Cancer: Screening Recommendations. If implemented, women between the ages of 40 and 49 would likely lose access to lifesaving breast screening mammography. A bill signed into law in December 2015, however, ensures that these new guidelines will not take effect for at least two years. FORCE was a leader in efforts to curtail the proposed guidelines via the "Stop the Guidelines" campaign and support of the Protecting Access to Lifesaving Screenings (PALS) Act. This law placed a two-year moratorium on changes to the existing breast cancer screening guidelines, maintaining annual mammogram screenings with no insurance copay or cost-sharing for women ages 40 to 74 while the impact of the recent guidelines and the USPSTF recommendations process are examined more closely.

FORCE opposes many aspects of the current USPSTF guidelines on breast cancer screening because we believe they will worsen existing disparities, lead to confusion, and cost the lives of women in the community that FORCE serves. Read our letter to the USPSTF outlining our concerns with the guidelines when they were still in their draft form.

It is important to note that women at increased risk of breast cancer due to an inherited genetic mutation or family history of the disease often need earlier, more intensive screening. For instance, National Comprehensive Cancer Network (NCCN) guidelines recommend that women with a BRCA mutation begin screening with an annual breast MRI starting at age 25. See the Risk Management Guidelines for more information as recommendations vary for different hereditary mutations.