Study: A win for some patients with HER2-negative metastatic breast cancer

Update: On 08/05/2022 the FDA approved Enhertu to treat people with metastatic, HER2-low breast cancer who have received prior chemotherapy in the metastatic setting or who developed disease recurrence during or within six months of completing chemotherapy. Enhertu is also approved for treatment of people with metastatic HER2-positive breast cancer who progressed after prior anti-HER2 treatment. 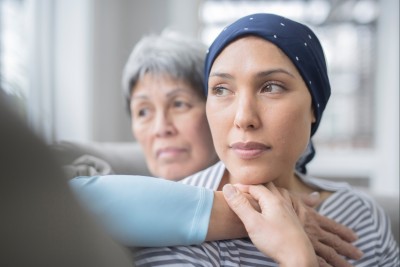 Update: On 08/05/2022 the approved Enhertu to treat people with , HER2-low breast cancer who have received prior chemotherapy in the setting or who developed disease recurrence during or within six months of completing chemotherapy.

What is and how is it tested?

is a protein found on all breast cells. It controls how the cells grow and divide. When breast cells have too much , cells can multiply too quickly. Growth may then become uncontrolled and lead to cancer.

Pathologists use a to measure the amount of protein on the surface of tumor cells. scores range from 0 to 3+ (3 or higher). In the past, a tumor with a score of 0 to 1+ was called HER2-negative; a score of 2+ was considered borderline, while a score of 3+ was considered . Updated scores and associated results are shown in the table below.

Results of a test for status:

What is trastuzumab deruxtecan?

The results of this study offer an immediate new treatment option for some people with metastatic breast cancers. Doctors look for the presence of the protein in breast cancer cells to guide treatment. In the past, people with breast cancer were considered if they had a “ score” of 3 or more. Cancers scored below 3 were called . This study demonstrates for the first time that an anti-HER2 drug can be effective against breast cancers with scores of 1 or 2.

The median time of treatment was 8.2 months for people in the Enhertu group and 3.5 months in the chemotherapy group. Nearly all participants in the trial experienced at least one side effect related to the therapies.

The most common side effects associated with Enhertu were nausea, fatigue and hair loss. They occurred more often in the Enhertu group than in the chemotherapy group. People taking Enhertu also experienced low blood cell counts, a common side effect of many cancer treatments.

Lung problems are a serious possible side effect of Enhertu; 12.1 percent of those in the Enhertu arm of the study developed lung disease. The median time to onset was around four months after starting treatment but ranged from 26 days to 710 days.

This study changes treatment guidelines for people with breast cancer. The results offer a new treatment option for many people who were previously told they have metastatic breast cancer and were not candidates for anti-HER2 targeted therapies.

As a next step, ask your doctor about the testing you had at diagnosis and whether Enhertu might be an option for you. Cancers with scores of 1+ or 2+ may respond to this drug. Depending on the kind of testing you previously had, you may need another test to confirm your score.

The National Comprehensive Cancer Network (NCCN) guidelines for treatment of advanced or HER2-low breast cancer list trastuzumab deruxtecan (Enhertu) as a preferred treatment for people who have tumors that are HER2-low ( 1+ or 2+), received chemotherapy in the setting and whose cancer no longer responds to hormonal therapy.