Hair loss is one of the most recognized and distressing side effects of some chemotherapies. Two studies looked at the use of scalp cooling therapy to help reduce hair loss after chemotherapy for early-stage breast cancer. (5/15/17)

Update: Based on data from clinical trials, the FDA approved Dignicap scalp cooling device for treatment in patients diagnosed with solid tumors who are receiving chemotherapy. 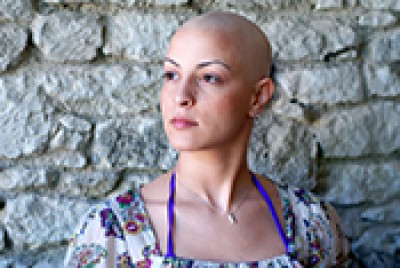 This article is most relevant for Patient undergoing chemotherapy

A study by Hope Rugo and colleagues from the University of California, San Francisco and another by Julie Nangia and colleagues from Baylor College of Medicine, Huston, Texas were published in the Journal of the American Medical Association (JAMA) in February 2017.  Both evaluated the use of scalp cooling to prevent hair loss after chemotherapy for breast cancer.

Treatment for breast cancer often includes chemotherapy, which commonly causes hair loss.  Although treatment-related hair loss can cause patient distress and anxiety, no options have been available in the United States to help patients avoid this side effect.

Among patients who received scalp cooling therapy (and were followed-up 4 weeks after their last chemotherapy treatment):

These studies suggest that scalp cooling may be associated with less severe chemotherapy-related hair loss in patients treated for breast cancer. Although the scalp cooling system used in the Rugo and colleagues study is approved and the scalp cooling system used in the Nangia and colleagues study is awaiting approval, scalp cooling is only available in certain medical centers in the United States. Moreover, more study of the effectiveness and related adverse effects of this new technology is needed. Cost may also be a factor when deciding whether or not to use a scalp cooling device during chemotherapy. Currently, scalp cooling devices in the United States cost about $1500 to $3000 total per patient and are not reimbursed by health insurance. Patients who are interested in scalp cooling should ask their health care providers if it is right for them.

Update: Based on data from clinical trials, the approved Dignicap scalp cooling device for treatment in patients with any type of .

Many women who receive chemotherapy experience hair loss, commonly rated by patients with breast cancer as one of the most distressing adverse effects. Though scalp cooling has been available in Europe for a few decades, it has only recently been approved for use in the United States.

Hope Rugo and colleagues from the University of California, San Francisco and Julie Nangia and colleagues published work in the Journal of the American Medical Association (JAMA) in February 2017, looking at the use of scalp cooling in patients who received chemotherapy after a diagnosis of breast cancer.

Researchers of these studies wanted to know:

Whether scalp cooling is associated with less hair loss in women who have received chemotherapy for breast cancer.

Population(s) looked at in the Rugo and colleagues study:

The patients involved in this study were women who:

The study included 122 women, of whom 77% were white: 106 patients received scalp cooling and 16 patients did not. The researchers used the DigniCap, a silicone cap that was placed on the patients’ heads 30 minutes before each chemotherapy cycle. The cap was then cooled to 37 degrees Fahrenheit throughout chemotherapy, and for 90-120 minutes afterward.

The researchers used before-and-after photos to assess hair loss. Patients looked at photographs taken of their hair before the start of each chemotherapy cycle and 3-6 weeks after their last chemotherapy cycle. The patients then estimated the percentage of hair loss using the Dean scale (measurement of 0-4, where 2 represents less than 50% hair loss). An independent panel of people also scored the photos to validate the results.

Among patients who received scalp cooling therapy (and were followed up 4 weeks after their last chemotherapy treatment):

Population(s) looked at in Nangia and colleagues study:

The patients involved in this study were woman who:

In this study, scalp cooling was done using the Orbis Paxman Hair Loss Prevention System which was cooled to 37 degrees Fahrenheit and placed on participant’s heads 30 minutes prior to and during and 90 minutes after each chemotherapy treatment.

The researchers assessed hair loss at baseline and after each cycle of chemotherapy using the Common Terminology Criteria for Adverse Events (a scale of 0-2 where 0 represents no hair loss, 1 represents <50% hair loss not requiring a wig or 2 which represents >50% hair loss requiring the use of a wig).  Hair loss was assessed by three independent means. Patients did their own self-assessment on their hair loss. They were also assessed by their own doctor and finally by a clinician who was “blinded” (unaware of whether or not each patient received scalp cooling therapy) in order to avoid bias.

Nangia and colleagues reported similar results to the Rugo study.

Because patients in the Rugo study did not receive anthryacycline-based chemotherapy regimens, those results cannot be generalized to all chemotherapy treatments. Additionally, the findings reported in this study were patient-reported results.  Unlike trials that include a , these patients knew whether or not they received the treatment, which may have biased the results. Nor was this study was , and the control group (women who did not have scalp cooling treatment) was much smaller than the group that did receive scalp cooling therapy. The researchers defended their study design by explaining that the chemotherapy regimens used in this study are known to cause hair loss, so they determined that a small study that included a limited number of controls was adequate.

The Nangia study also had some limitations which included variability of results at each site, assessing for successful hair retention after only 4 cycles of chemotherapy when some patients may have received additional cycles.  Because this trial was stopped early statistical power was decreased. However, 60 additional patients were enrolled in this trial with the last participant scheduled to complete chemotherapy in early 2017 following which a final analysis will be completed.

There is some concern that scalp cooling may increase the risk of to the scalp.  Because the follow-up in the Rugo (2.5 years) and Nangia (5 years) studies were relatively short a study with a longer follow-up period is needed to rule out this possibility.  However, published data demonstrate that the incidence of scalp following chemotherapy in breast cancer is low, and it is exceedingly rare for the scalp to be the first site of .

Finally, the UCSF study was partially paid for by the Swedish company Dignitana which manufactures DigniCap while the Baylor study was partially funded by the English company which manufactures the Orbis Paxman Hair Loss Prevention System. Industry-sponsored research is common, and doesn't necessarily influence results, but it is an important consideration when evaluating potential sources of bias in research studies.

An accompanying editorial written by Dawn Hershman, MD from Columbia University Medical Center raises questions about the cost of scalp cooling devices and who will pay for them, and notes that more work should be done to study outcomes after scalp cooling treatment. However, she wrote that until targeted therapies are the mainstay and chemotherapy leading to hair loss is no longer needed, “identifying interventions, such as scalp cooling for the prevention of chemotherapy-induced alopecia [hair loss], that reduce or eliminate treatment-associated toxic effects will help ease the distress associated with chemotherapy and may, as a result, improve outcomes for patients with breast cancer.” Interested patients should discuss scalp cooling with their health care providers.