It is well documented that many BRCA mutation carriers are missed using current family history-based screening approaches. As a result, experts are beginning to call for population-based BRCA genetic testing—an organized effort to screen all women like we do for breast and cervical cancer.  A recent study looked at whether a population-based genetic testing approach would better identify mutation carriers compared with current practice. (11/17/18) 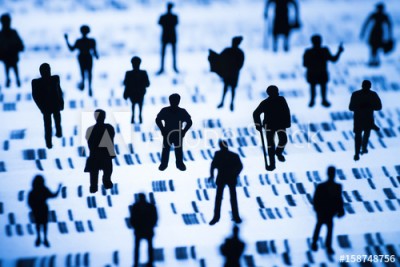 This article is most relevant for Women over age 30

Most with cancer risk don’t know it, study finds

Whether population-based screening for and mutations may identify substantially more patients who are at high risk for hereditary cancers than the current practice of using personal and family cancer history alone.

Identifying more patients who carry mutations in or provides an opportunity for improved cancer prevention, early detection, and access to new targeted therapies.

Adult participants were recruited from January 2014 to March 2016 through the Geisinger MvCode Community Health Initiative in Pennsylvania and New Jersey. Over 50,000 participants enrolled and consented to complete sequencing of and .

Almost half of the  89 or mutation carriers who had not had  prior testing and for whom comprehensive personal and family medical histories were available did not meet NCCN  guidelines for clinical testing. These people would have been missed using standard recommendations for genetic counseling and testing.

These results are consistent with previous studies that showed that about 1 in 500 to 1 in 300 people in the general population will carry a or mutation. Like other studies, the results confirm that about half of all people with a or mutation do not have a strong family history of cancer.

The National Comprehensive Cancer Network (NCCN) is a nonprofit network of leading cancer centers that publishes guidelines for genetic counseling and testing for . Current NCCN guidelines for mutations in and are based on personal and family history of cancer(s). However, these guidelines are not always applied correctly; nor do they always identify all mutation carriers.

This new research adds to other studies that have shown that current ways of identifying and mutation carriers are insufficient. Population-based genetic testing for inherited mutations may be a better way to identify high-risk patients and provide to them opportunities to reduce their risk of cancer. For more information on cancer risk management for mutation carriers click here.

At the 2018 Joining FORCEs Conference, renowned scientist Dr. Mary-Claire King, who discovered the gene, told attendees, “To identify a woman as a carrier only after she develops cancer is a failure of cancer prevention.” While Dr. King and others have been calling for population-based genetic testing for mutations, this is a bold challenge that demands careful consideration.

Clinical testing for mutations has been available for over 20 years. In the United States, between 1 in 300-500 are estimated to have an inherited mutation. This translates to between 250,000 and 415,000 women for whom breast and ovarian cancer is both highly likely and potentially preventable.  However, the majority of these women do not know that they have a mutation.

The U.S. Preventative Services Task Force recommends testing only in at-risk populations. The guidelines are based in part on having a noticeable family history of breast or ovarian cancer. This is harder to observe when families are small or if the mutation is inherited from the father's side of the family or if there is lack of family medical information (e.g. with adoptees).

Some experts are concerned that guidelines are too narrow. A recent, eye-opening study out of Israel, for example, found that 50% of all women with a mutation had no history of breast or ovarian cancer. Some experts, including Dr. Mary-Claire King, now advocate voluntary genetic testing for all women after the age of 30.

This was a study of 50,726 adults who had exome sequencing from January 2014 to March 2016 as voluntary participants of the DiscovEHR cohort identified through the Giesinger MyCode Community Health Initiative in Pennsylvania.  (Conducting sequencing on the portions of genes that encode proteins (exons) helps researchers to identify genetic mutations that influence disease.) Comparisons were made between clinical data from electronic health records and clinical visits.

Among the 50,726 patients who underwent sequencing:

Twenty mutation carriers died before they received their results and 3 died after return of results (before June 30, 2017). Among the 23 deaths, the cause of death was determined to be a BRCA-associated cancer in 9 (39.1%) people. Cause of death was unrelated to in 11 (47.8%) and indeterminate in 3 (13%).  Compared to deceased cases, 45 (18.4%) of living mutation carriers had a personal history of a BRCA-associated cancer.

Among the 148 women with mutations:

Among 89 or mutation carriers without prior testing but with comprehensive personal and family medical histories:

Age was one limitation of this study. Participants were generally older than the health system’s patient population. More importantly, this study was skewed toward those patients who received regular health care, thereby increasing the opportunity to enroll in the biobank research. The higher incidence of breast cancer in the biobank population was also likely a reflection of age and frequency of care.

Inherited mutations predispose women to extremely high risks of breast and ovarian cancer, but these risks can be significantly lowered. For women with mutations in or , surgical intervention,  particularly risk-reducing salpingo-oophorectomy, reduces risk of both ovarian and breast cancer and reduces overall mortality. However, many women with mutations in these genes are identified as carriers only after their first cancer diagnosis because their family history of cancer was not sufficient to suggest genetic testing.

Although this study and others support genetic screening in healthy patients, we still do not have a perfect, all inclusive way to do that effectively.  Minimally, patients must have good genetic counseling about the potential benefits and drawbacks of genetic testing.

Most with cancer risk don’t know it, study finds