Parabens are chemicals that can mimic the hormone estrogen in the body. As estrogen has been shown to increase breast cancer risk, some people have asked if parabens found in some cosmetics and shampoos will also increase breast cancer risk. Many studies have shown that parabens in the quantities found in personal care products are safe. A recent study of human breast cancer cells suggests that in certain conditions, parabens could help some breast cancer cells grow. It is important to remember that this is early research; this single laboratory-based study does not conclusively prove that parabens are dangerous. More work, including human studies, needs to be done to understand if parabens increase cancer risk. (01/16/2016) 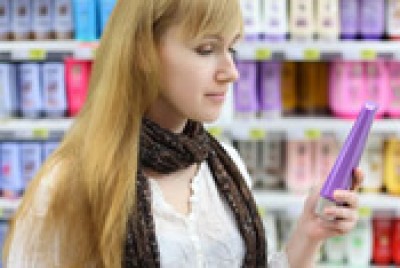 This article is most relevant for Women who use personal care products that contain parabens.

Chemicals in personal products may stimulate cancer more than thought

Personal care products with parabens may be dangerous, even at low levels; what to look for on labels

Whether the parabens, chemicals that mimic estrogen, found in shampoos, body lotions, cosmetics and other personal care products can stimulate growth of HER2+ breast cancer cells, and if so, under what conditions.

Many household items contain parabens to help prevent microbial or fungal growth in the product.

The website currently states: “At the present time there is no reason for consumers to be concerned about the use of cosmetics containing parabens. However, the agency will continue to evaluate new data and will advise the public of risks if any are found.”

This study DID NOT conclude that parabens found in cosmetics or shampoos cause breast cancer or even increase the risk of breast cancer. It involved human cancer cells that were taken from a woman with invasive breast cancer and then cultured in a laboratory. This means two things:

However, if avoiding parabens is important to you, you might want to choose from the many personal care products (cosmetics, shampoos, etc.) that do not contain parabens.

­­Golden R, Gandy J, and Vollmer G. “A Review of the Endocrine Activity of Parabens and Implications for Potential Risks to Human Health.” Critical Reviews in Toxicology (2005), 35:5; p. 435-58.

Women who use personal care products that contain parabens.

In October of 2015, Dale Leitman and colleagues at the University of California, Berkeley published a study in the journal Environmental Health Perspectives that looked at the ability of parabens to stimulate the growth of breast cancer cells. The study authors feel this is important because previous studies only looked at the ability of parabens to encourage cell growth in an environment that did not include human epidermal growth factor receptor 2 () and the molecule that activates it, which is present in some breast cancers.

Whether parabens can stimulate breast cancer cell growth when the receptor and the molecule that activates it are present.

This study did not include humans. Rather, it used invasive breast cancer tumor cells taken from a woman; researchers grew the cells in special dishes in the laboratory that provided all of the nutrients a cell needs to grow and divide. The cells included both estrogen receptor (ER+) and human epidermal growth factor receptor 2 (HER2+). Cells from women with ER+/HER2- and ER-/HER2+ breast cancers were used for comparison.

This study isolated one patient’s ER+ and HER2+ invasive breast cancer tumor cells and then grew them in the laboratory.  Studies involving cells have some general limitations. One is that although researchers try to mimic the cells’ environment in the body, it is not possible to do this perfectly. The cells in this study were observed in isolation: they were not surrounded by different types of cells and organs normally found in the body, nor were they potentially affected by what would be going in the body at any given time. Studies like this that use laboratory-grown cells are considered to be very early steps in the research process, and do not necessarily translate to what will happen in humans.

It is also important to note that the cells used in this study were from a woman with invasive breast cancer; they do not represent what occurs in people without cancer.  Study authors did not note whether the cell donor had mutations in or other genes that increase breast cancer risk.

Research done with cells has limitations, but it is still an important first step in the research process.  As such, these studies point to ideas that should be studied further in a more biologically relevant environment. While it is possible that the cell findings could be important for humans, it is also possible that the cell findings will not be replicated in other cells or in studies on living organisms. This study indicates that more work needs to be done to determine whether parabens can increase breast cancer cell growth and potentially increase cancer risk, as noted in many media reports, but it will take more studies to show if this is the case.

Chemicals in personal products may stimulate cancer more than thought

Personal care products with parabens may be dangerous, even at low levels; what to look for on labels

Parabens in shampoo and body lotions linked to breast cancer

Medical Daily: Personal Care Products With Parabens May Be Dangerous, Even At Low Levels; What To Look For On Labels
Rating: 3.5 Stars