Study: Removing ovaries before age 50 may increase the risk of chronic conditions for some women 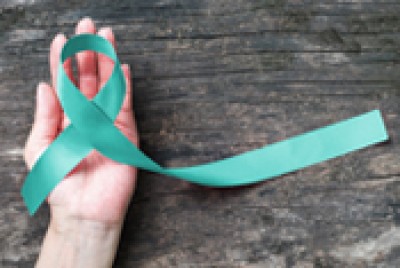 Ovarian removal to prevent ovarian cancer should not be an option for premenopausal women, research finds

Whether there is a connection between women who had their ovaries removed before age 50 and an increased risk of common chronic conditions, such as depression, asthma, coronary artery disease, and .

Researchers want to better understand the risks and benefits of ovary removal before age 50. Preventing ovarian cancer is a benefit of this procedure. However, ovaries produce hormones and removing ovaries at a young age can increase the risk for other diseases. Women need to understand the benefits and risks of ovary removal in order to make informed decision about the procedure. For women with an average chance for developing ovarian cancer, the risks that result from losing these sex hormones may not outweigh the benefit.

While the results of this study suggest that having ovaries removed before age 50 may increase a woman’s risk of some chronic conditions, it is important to note that the women in this study were not at increased risk for ovarian cancer. Generally, more work needs to be done to confirm and understand these findings. Women should work with their doctors to weigh their personal risks for ovarian cancer and determine whether or not they want to remove their ovaries, and if so, at what age. Women should also speak with their healthcare team to decide if they are candidates for estrogen replacement therapy.

Women diagnosed with breast cancer before age 50 meet national guidelines for genetic counseling and testing to see if they have an inherited mutation that increases breast and/or ovarian cancer risk. These guidelines recommend removing the ovaries and for women who have a mutation in or . Women with mutations in , , , and the genes associated with should consider removal of their ovaries.

There are differing opinions on whether or not women with average (1.5%) lifetime risk of ovarian cancer should have (removal of the ovaries) before menopause. is recommended for women with a high (up to 50% lifetime risk) likelihood of developing ovarian cancer due to a mutation in , or other gene associated with increased ovarian cancer risk, because the benefit of cancer prevention far outweighs the chance of other health problems. However, some women have their ovaries removed for other reasons. For example, women undergoing hysterectomy (removal of their uterus) for other reasons will sometimes have their ovaries removed at the same time. For many years, experts debated whether women with an average risk of ovarian cancer benefit from removing their ovaries, or if the risk of other complications is too high. Previous research from the same team found that “for most women without a cancer indication, the long-term risks of oophorectomy performed before menopause are greater than the benefits.” However, others have argued more research is needed.

Walter Rocca and colleagues from Mayo Clinic published work in 2016 in the journal Mayo Clinic Proceedings that provides more data on risks of before menopause.

Does removing ovaries before age 50 increase a woman’s risk of common chronic conditions associated with aging?

This study followed 1,653 women with intact ovaries and 1,653 women who had both ovaries removed before age 50 for about 14 years (some women were followed for a longer period and some for a shorter period). The oophorectomies were performed between January 1, 1988 and December 31, 2007. Study participants who had their ovaries removed did so while also having their uterus removed (hysterectomy) for reasons other than cancer treatment or managing cancer risk. Women who had their ovaries removed to help treat breast cancer or reduce their high genetic risk of cancer due to a mutation in were excluded from this study.

It is very important to note that this study looked only at women with an average risk for ovarian cancer; it did not include women with increased risk of ovarian cancer (such as mutation carriers) or women who had their ovaries removed to reduce their risk of breast cancer. As such, these findings do not apply to these women where the benefits likely outweigh the risks.

The study had other limitations as well. The authors acknowledge a potential underestimation of some of the conditions that they looked at because some participants may not have had symptoms or did not request medical attention. Additionally, the researchers recognize that there may be a surveillance bias—the women who had their ovaries removed may have more contact with their health care providers after their surgery. Finally, some of the women in this study had their ovaries removed about 20 years ago when the surgeries and estrogen therapies were different.

This study suggests that having an before age 50 may increase a woman’s risk of some chronic conditions, including heart disease, lung disease, coronary artery disease, anxiety, and depression. There are many reasons women with breast cancer or high risk for breast cancer may consider removal of their ovaries, such as reduction of breast cancer risk, treatment for breast cancer, and reduction of ovarian cancer risk associated with inherited mutations. All women should discuss the risks and benefits of with their health care providers to determine which choice is best for them.

It is important to remember that national guidelines recommend removal of ovaries and after completion of childbearing for women with mutations in and . Women with mutations in , , , and the genes associated with are advised to consider removing their ovaries and to reduce their ovarian cancer risk. Women with inherited mutations in these genes or who are undergoing for other indications should be told of the long-term risks of ovary removal, but reminded that the benefits of preventing ovarian cancer far outweigh the risks of long-term complications.

Women at average risk of ovarian cancer should speak to their health care provider about considering risk when presented with the option to remove their ovaries.

The National Comprehensive Cancer Network (NCCN) provides guidelines for management of gynecologic cancer risk in people with inherited mutations linked to endometrial or ovarian cancer. We recommend that you speak with a genetics expert who can look at your personal and family history of cancer and help you to determine the best risk management plan.

The North American Menopause Society is a professional society of experts in the field of menopause.

The following are studies on menopause and menopause management for survivors and previvors:

The following resources can help you find experts who specialize in managing symptoms related to menopause:

The following organizations have resources related to menopause for survivors and previvors.

Ovarian removal to prevent ovarian cancer should not be an option for premenopausal women, research finds

Science Daily: Ovarian removal to prevent ovarian cancer should not be an option for premenopausal women, research finds
Rating: 3.0 Stars