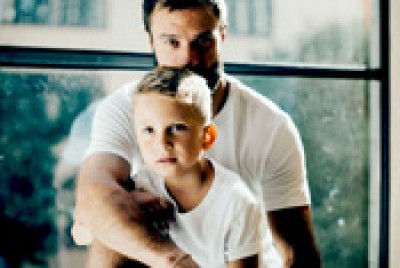 This article is most relevant for Men diagnosed with breast cancer

Double Mastectomies for Men with Breast Cancer on the Rise

What are the factors that lead men with breast cancer in one breast to choose to undergo double mastectomy.

Researchers have seen the rates of double mastectomy increase in women with breast cancer but they do not know if this increase is also true for men.

This study indicates an increase in the rate of men choosing double mastectomy between 2004-2005 and 2010-2011. However, it is important to note that most men with breast cancer have a unilateral mastectomy (approximately 75% of men in 2004-2005 and 2010-2011 chose this option). The decision to undergo a single or double mastectomy should be a personal, individual one, made in consultation with your healthcare provider.

Although more women are opting to undergo double mastectomy – which comes with a risk of complications and costs – studies have not shown a survival benefit from the surgery.  Unlike women, the double mastectomy rates among men with cancer in one breast and the various factors that contribute to their decisions are unknown.

Whether the double mastectomy rate in men has increased.

The researchers note that studies have found that increased testing has increased prophylactic mastectomy rates in women with breast cancer. This research was not able to look at the status of those in the study population. However, because male breast cancer is linked to , and other inherited mutations, it is possible that a sizable number of study participants may have been found to be mutation carriers.

According to study author Dr. Ahmedin Jemal, quoted in a Newsweek, article, “it’s important for male patients to ask a physician about their individual risk for before making any decisions about the surgery…It’s only the patients at high risk who are likely to benefit from the procedure.”

Although not as much research has been done on men with breast cancer, we do know that those with a mutation have a 7% risk of developing breast cancer by age 70. No studies, however, look at the risk of a second breast cancer diagnosis in men with mutations. By looking only at male survival rates and failing to also look at recurrence rates, researchers are unable to consider the possibility that double mastectomy may be decreasing the occurrence of a second cancer, helping these patients avoid further treatment.

Additionally, it is important to note that the researchers were able to see a significant difference in the rate of double mastectomy only between the years 2004-2005 and 2010-2011. They were unable to see any significant differences when comparing rates in 2004-2005 to those in 2006-2007 or in 2008-2009. Although the lack of a rate increase between 2006 and 2009 may strengthen the researchers’ argument that the increased rate of double mastectomy is, in fact, new, more data needs to be collected to ensure the trend is stable rather than something unique to 2010 and 2011.

For both men and women, the decision to undergo a prophylactic mastectomy should be an individual, personal one, made by patients in consultation with their healthcare providers. Although the data from this study indicate the rates of this surgery in men with breast cancer have increased, more research is needed, both to understand why the rates have increased and to determine if there is a subset of men who will benefit from the procedure.

The National Comprehensive Cancer Network (NCCN) has a panel of experts who address male breast cancer in their breast cancer treatment guidelines.

Double Mastectomies for Men with Breast Cancer on the Rise

Double Mastectomy is an Answer for Most Male Breast Cancer Patients

CNN: Double mastectomies for men with breast cancer on the rise
Rating: 3.5 Stars

The Market Business: Double mastectomy is an answer for most male breast cancer patients
Rating 1.5 Stars