Lynch syndrome is the most common inherited cause of cancer affecting about 1 in 300 people. People with Lynch syndrome have an increased risk of colorectal endometrial and other cancers. A large study followed people with mutations in the Lynch syndrome genes MLH1, MSH2, MSH6 and PMS2 to determine the risk of other types of cancer. (2/21/20) 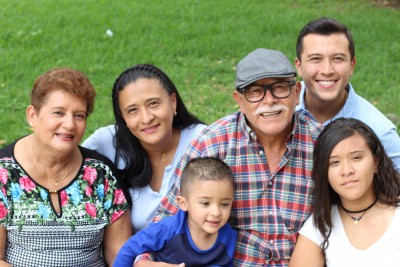 This article is most relevant for People with Lynch syndrome mutations

Risk of cancer in individuals with Lynch syndrome can vary with age, gender, and MMR gene alteration

is caused by mutations in one of several genes. Although these genes are often discussed together, research show that mutations in , , , and have different cancer risks. The risk of cancer in different organs and the average age when cancer occurs may differ between the genes and between men and women. In this study, researchers wanted to determine the risk of cancer, average age of cancer and survival associated with mutations.

Mutations in different genes have different lifetime risks of cancer. and had higher rates of cancer than or .

Survival among participants diagnosed with cancer differed depending on the cancer site:

Different cancer risks are associated with each of the genes. These researchers suggest that recommendations for genetic counseling, surveillance and clinical management may need to differ for patients depending on which gene is affected.

*Note: Most mutations associated with are thought to affect how the gene works. Although mutations in were not part of this study, experts believe cancer risks for people with these mutations may be similar to .

Different cancer risks are associated with mutations in each of the genes. These findings suggest that recommendations for genetic counseling, surveillance and clinical management may need to be tailored for patients and family members depending on which gene is affected.

Blood relatives may have an increased risk of cancer if they have inherited a mutation in a gene. Genetic counseling and consideration of genetic testing is recommended for at risk-relatives.

is the most common inherited cause of cancer affecting 1 in 300 people. It is most  commonly associated with colorectal cancer. is a cancer syndrome that results from pathogenic (deleterious) mutations in one of several genes.

The genes (except for ) encode proteins that work as a repair system to fix errors in called mismatch repair (MMR). When these genes are mutated, cancers can occur in various organs including the GI tract (colon, rectum, small bowel, stomach), bile ducts of liver, pancreas, endometrium of uterus, ovaries, and upper urinary tract.

What is the risk of cancer associated with mutations in each gene for each organ. They also wanted to know how that cancer risk varies by age and gender.

6350 participants age 25 -75 years were enrolled in the Lynch Syndrome Database (PLSD) and were followed for a total 51,646 years, an average of 7.3 years for each participant. These include two groups: an original group of 2823 patients from Germany and a newly enrolled group of 3527 patients from sites in the U.S., Canada, Australia, New Zealand and Europe. Among the combined group, there were 3480 women and 2870 men with a mean age of 46.8 years. These included 2607 carriers, 2495 carriers, 841 carriers and 407 carriers. mutations were not tested.

Only patients with mutations that were classified as clinically actionable (class 4 or 5 by the International Society of Gastrointestinal Hereditary Database, InSiGHT) were included as participants.

Participants had an initial colonoscopy to look for colorectal cancer to enrollment. Any cancer present at the time of enrollment or before was called a prior cancer. Participants were asked about cancer each year after enrollment. Researchers collected data about mutation status, age at enrollment, age at update, age at any cancer, type of cancer and age at death. Cancer diagnoses were confirmed with clinical and pathological reports.

The annual rate of cancer was calculated in 5 year age groups from 25-75 years. Survival after cancer was estimated as survival from age at diagnosis until last observation or death.
Study findings:

6350 participants had 1808 cancers during the study time period.

*Note: Different clinical sites collected data on skin cancers differently and not systematically so these are not included in the table below. Overall incidence of skin cancer at 12% is higher than lifetime average of 2.3% in the general population. However, because this data was not systematically collected, skin cancer was left out of the remainder of the analysis.

Table: Estimated incidence of cancer by organ at age 75 in carriers

*Note: Experts believe that  mutations linked to  confer similar risks to .
**Note: There was no control groups for the study data; participants from this study are from multiple countries and the rates of cancer in this combined population without a mutation was not determined. Cancer in general U.S. population shown in the table is from NCI /SEER statistics for 2014-2016 at lifetime risk to provide context.

and had higher associated rates of cancer than or .

There were some differences in risk of cancer that depended on the gender of the person with the mutations:

Survival after cancer diagnosis and before 65 years was determined for participants with , and mutations.

There was only a slight increase in breast cancer risk associated with participants in this study who had mutations.

Different cancer risks are associated with each of the 4 genes. These researchers suggest that recommendations for genetic counseling, surveillance and clinical management may need to differ for patients depending on which gene is affected.

Different cancer risks are associated with each of the 4 genes. There are significant risks of cancers in addition to colorectal cancer that warrant clinical attention. Recommendations for genetic counseling, surveillance and clinical management may need to be tailored to reflect which gene is affected.

Guidelines for risk management of

The National Comprehensive Cancer Network (NCCN) has guidelines for cancer risk management in people with a  mutation.

Guidelines for men and women

The following studies are enrolling people with a mutation linked to Lynch syndrome:

FORCE Information: NCCN Guidelines for risk management for men and women with

XRAY review: Mutations in genes and may be associated with breast cancer

FORCE blog: Me and My  Mutation: Ever Looking for Answers

FORCE XRAY: Behind the cancer headlines

Risk of cancer in individuals with Lynch syndrome can vary with age, gender, and MMR gene alteration