Study: Does IVF increase a woman’s risk for breast cancer?

In vitro fertilization (IVF) wasn't commonly used until the 1980s, so its long-term effects are mostly unknown. A new study suggests that the treatment does not increase a woman's risk for developing breast cancer. (8/23/16) 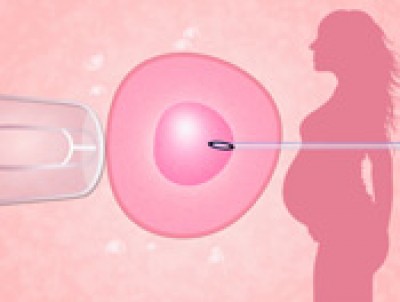 Fears about IVF and cancer may be unfounded

Whether breast cancer risk increases after in vitro fertilization ().

use did not become common until the 1980s. Because of this, much is unknown about its long-term effects, including how it affects breast cancer risk.

This study suggests that treatment does not increase a woman’s risk for developing breast cancer. However, because most of the study population was younger than age 60, more work needs to be done to see whether or not postmenopausal breast cancer risk is increased after . Patients who are having trouble conceiving and are considering should talk to their healthcare provider.

The hormones estrogen and progesterone are known to affect breast cancer risk. Because the process of in vitro fertilization () temporarily alters the levels of these hormones, healthcare providers and researchers have expressed concerns about the effect of on breast cancer.

Although other studies have looked at the effect may have on breast cancer risk, many of these past studies had a short follow-up time after , or did not compare breast cancer rates in women who had to women who did not use but were also having difficulty conceiving.

Alexandra van den Belt-Dusebout and her colleagues from the Netherlands Cancer Institute and other institutions published work in the July 2016 Journal of the American Medical Association (JAMA) that assessed the long-term risk of breast cancer for women who had .

Does a woman’s breast cancer risk increase after undergoing ?

The 25,108 women in this study were part of the Omega study cohort of women who were being treated for difficulty conceiving in clinics in the Netherlands between 1980 and 1995. The group included 19,158 women who had undergone , whether or not it resulted in a successful pregnancy, and 5,950 women who underwent fertility treatments other than , such as artificial insemination, tubal surgery, and other hormonal treatments. None of the women had cancer before their treatment.  Women in the study were followed for about 21 years after their treatment to see if they developed breast cancer.

This study is based of treatment procedures used until 1995. Current procedures differ slightly in the number and length of some cycles.

For most women in the study, the researchers did not know their age at menopause or menopausal status at the end of their follow up. The researchers stated that, “If IVF-treated women reach earlier menopause than women in the general population, breast cancer risk after may have been underestimated.”

This study looked at women in the general population, and did not ask about the women’s family history of cancer or mutation status that might affect cancer risk, so we do not know if these results apply to carriers of or other mutations that increase breast cancer risk. However, these results are similar to a previous study done on breast cancer risk in mutation carriers who had or took other fertility medications. But this study population was small, and the researchers emphasized the need to interpret their results with caution and to see if they could be confirmed with a larger study.

The results of this study suggest that in vitro fertilization does not increase a woman’s risk of developing breast cancer.  However, because of the limitations of the study, more work needs to be done in a population that includes postmenopausal women, so that researchers can assess postmenopausal breast cancer risk in women who use current procedures and confirm these findings. Women who are having trouble conceiving should talk to their healthcare provider to determine what options are best for them.

Fears about IVF and cancer may be unfounded

Study: IVF is not linked to increased risk of breast cancer

The Washington Post: Fears about IVF and cancer may be unfounded
Rating: 4 Stars