Recent research shows that a significant portion of patients with metastatic breast cancer have harmful mutations in a gene associated with hereditary breast cancer and increased breast cancer risk. (9/26/19) 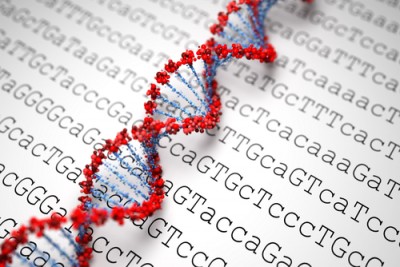 This article is most relevant for People with metastatic breast cancer

Genetic testing of breast cancer (MBC) patients to learn the frequency of inherited mutations and whether it may be useful to test all MBC patients for mutations.

In this study, participants were tested for mutations in 30 genes that are associated with increased risk of breast cancer:

The study authors concluded that all patients with breast cancer may benefit from genetic testing for germline mutations.

At this time it is unknown whether approved treatments for people with mutations will also benefit individuals who have mutations in other breast cancer-associated genes. If you test positive for a different mutation than , you may qualify for a clinical trial looking at targeted therapies for people with your gene mutation.

More data is required to resolve the impact of a variant of unknown significance.

If you are a person living with breast cancer and you had genetic testing which was done before 2014 with negative test results, you may want to speak with a genetic counselor to learn if you may benefit from additional genetic testing.

Regardless of your genetic test results, it’s important to speak with a genetics expert to understand the meaning of your test results for you and your family.

Genetic testing can inform people about breast cancer risk and impact health care decisions. For people with some gene mutations, such as those in and , the recommendations are clear regarding increased surveillance, considering preventive options and weighing treatment choices that target pathways. With recent approval of several PARP inhibitors, clinically actionable information is now available for people with BRCA1/2 mutations who have advanced or cancer.

It is unclear how much some inherited mutations increase risk. Experts debate whether it is beneficial to test for rarer mutations, and if identified, what course of clinical treatment to recommend. NCCN guidelines have been developed to provide guidance for who should be tested. However, most participants in studies used to develop NCCN guidelines had breast cancer. It is unclear whether the frequency of inherited mutations would be different among breast cancer patients.

A 2016 study by Pritchard and colleagues found that 11.8% of patients with prostate cancer had a pathogenic or likely pathogenic mutation. Nearly 10% of these mutations were in genes associated with breast cancer risk (BRCA1/2, , , and ). Based on this and similar data, NCCN guidelines were changed to recommend germline genetic testing for all patients with prostate cancer.

the frequency of inherited mutations among breast cancer patients and whether it may be useful to test all MBC patients for germline mutations.

Participants were tested for mutations in 30 genes that are associated with increased risk of breast cancer.

Study authors concluded that all patients with breast cancer may benefit from genetic testing for germline mutations.

Due to the small sample size and lack of population controls, additional research on a larger population is needed to confirm this study’s result. Furthermore, we do not know whether patients with non-BRCA mutations benefit from BRCA-targeted treatments for breast cancer. It is also unclear whether knowledge of genetic status for patients with non-BRCA mutations would be helpful in making decisions about MBC.

The National Comprehensive Cancer Network (NCCN) indicates that tumor testing can help determine if a person with breast cancer would benefit from .

also covered by the weatherherald.com