Early research showed that melittin, an ingredient in honeybee venom, may be used to treat HER2-positive and triple-negative breast cancers. This study found that melittin can kill cancer cells. The chemotherapy drug docetaxel more effectively killed breast cancer cells in mice when combined with melittin. It is not known whether melittin would be safe or affect cancer growth in people. While promising, more research must be done before melittin could be used to treat people.  (11/10/20) 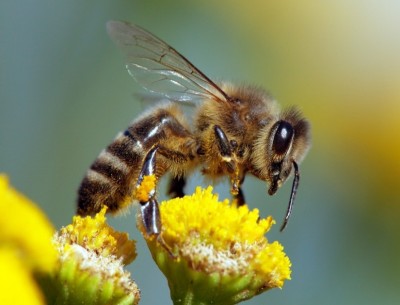 This article is most relevant for People with breast cancer particularly those with HER2-positive or triple-negative breast cancer.

Could honeybee venom lead to a breast cancer drug?

Early research on a possible treatment for breast cancer.

Early (basic) research on new drugs often begins with cancer cells in a dish or in animals before any studies are done in humans. These early lab studies help researchers select drugs that hold the most promise for clinical use. This study is an example of early research on a promising drug, melittin, in cells in a lab dish or in mice that may (or may not) be useful in breast cancer treatment of people in the future.

The chemotherapy drug docetaxel combined with melittin killed breast cancer in mice more than docetaxel alone. This suggests that melittin may be useful in treating cancer. However, whether the same approach might work in people is unknown.

These studies were well-designed. The findings support the idea that honeybee venom and its main ingredient, melittin, could kill breast cancer cells in a dish or in mice.

The major limitation is that these studies have only been done in laboratory models in cells and mice. It is not clear whether melittin would work the same way or be safe for people. The potential side effects of melittin in humans is unknown.

Melittin is not ready for clinical use. Many studies will be needed to learn if it would be safe and helpful for people. While this research does not change any treatment recommendations, it does provide a hopeful possibility for a future treatment.

If you have HER2-positive or triple-negative breast cancer, talk to your doctor about the most appropriate treatment for you. You may want to ask whether there are new treatments available or whether participation in a clinical trial for a new treatment makes sense for you.

Could honeybee venom lead to a breast cancer drug?

The active ingredient of honeybee venom is a small protein called melittin. Melittin acts by creating “pores,” holes on the surface of cells. Other molecules that can kill the cells enter through the pores. Melittin preferentially attacks cancer cells compared to normal cells. This preference suggested to researchers that it might be useful in treating cancer.

Whether honeybee venom and its major active component melittin could prevent cancer cell growth or kill breast cancer cells in cell cultures or in mice.

No studies were done in humans. Cells from human breast cancers were cultured in the lab, and tested with different drugs to look at the effect of melittin on cell growth. Researchers also looked at whether breast cancers in mice were affected by these drugs.

The chemotherapy drug docetaxel killed breast cancer cells in mice more effectively when combined with melittin. This finding suggests that melittin may be useful to treat cancer. However, it is not known whether this would be true in people.

Many studies in other animals are needed to show whether melittin has other side effects or is safe for people. Human safety trials are required before larger human studies can be conducted to determine whether melittin is a helpful cancer treatment.

These studies were well-designed and included the appropriate controls and statistical analyses. These findings support the idea that honeybee venom and its main active ingredient, melittin, can kill breast cancer cells in a dish or in mice.

The major limitation to this work is that these are early studies done only in laboratory models in cells and mice.

Would melittin work the same way in humans as it does in mice? While melittin is a promising drug for mouse breast cancers or to stop growth of TNBC and HER2-positive breast cancer cells grown in a dish, it is not clear whether melittin would work similarly on breast cancer in people.

Would melittin be safe to give to people? The potential side effects of melittin in humans is unknown. Additional experiments in animals are needed before safety tests can be done in people. In general, while mice are a good model system for understanding a drug’s effects, tests in animals that are more similar to humans are needed to ensure that bee venom and melittin cause no major problems (e.g., affecting heart or brain function) before safety tests in humans would be considered.

Melittin is a promising drug in the early stages of research. It is not known whether the anti-cancer effects seen in mice will hold up in humans. It is not known whether melittin would be safe to give to people. Additional research is needed to determine whether this drug would be helpful in cancer treatment. The type of studies needed typically take years, but this study provides hope for improved treatment of breast cancer.

METAvivor is an organization dedicated to increasing awareness of advanced breast cancer and equity in research and patient support.

Metastatic Breast Cancer Alliance aims to improve the lives and outcomes for those living with metastatic breast cancer and their families.

Metastatic Breast Cancer Network is a national, independent, nonprofit, all volunteer patient advocacy group dedicated to the unique concerns of the women and men living with metastatic breast cancer.